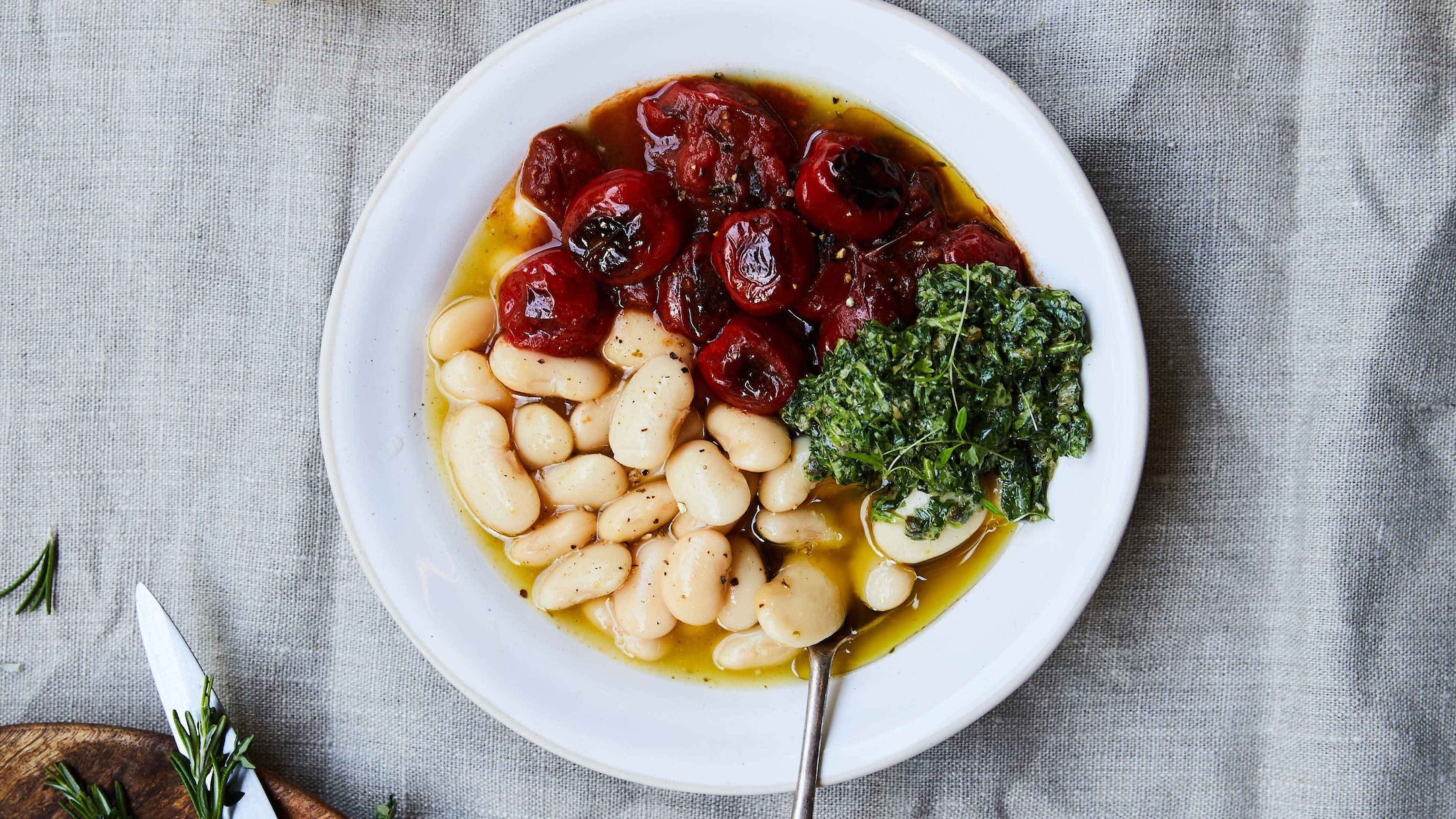 You've Slept On Beans For Far Too Long

There’s a lot to love about these tasty little legumes. Whether you’re making them the centrepiece of dinner or adding some bulk to a dish, beans are the best. 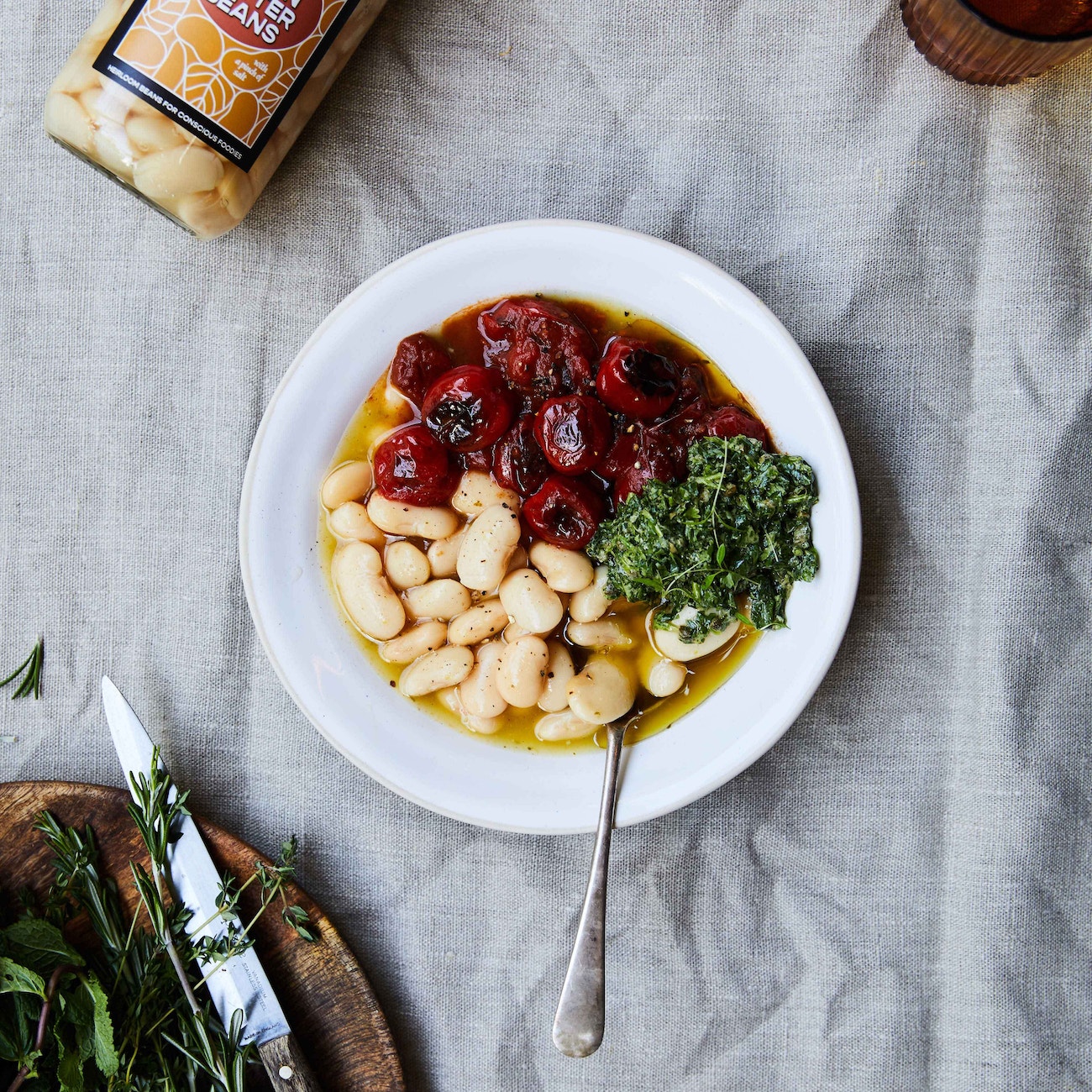 “Beans, beans, good for your heart, the more you eat, the more you…” you all know how the rest of it goes. Beans have been the butt of the joke since we were children – an inherently funny foodstuff more famous for its flatulence-inducing properties than its subtle, fibrous flavour. I’ll admit that I myself was quite late on the bean train. It’s only really been over the last couple of years that I’ve discovered how wonderful beans can be when they’re cooked properly and presented in the appropriate context.

It doesn’t matter whether it’s a butter bean, a kidney bean, a pinto bean, a fava bean or any other of the myriad beans out there, I’ve come to appreciate all of them in their own right. Plump haricot beans are great at providing backing vocals to a haunch of confit duck but they’re also worthy of taking centre stage with the mic in their hand à la Fantasia Barrino on season three of American Idol. Our recipe for Cannellini Beans with Sage and Roasted Tomatoes and Greek Baked Beans are both a delicious indictment of the bean’s ability to be the hero ingredient of a dish.

Amelia from the Bold Bean Co. is another person who, like me, believes in the majesty of the humble beans. After three years of working in the food sustainability space alongside top London chefs, Amelia was bit by the bean bug. Unsatisfied with the quality of the beans she found in most supermarkets, Amelia sought to create her own solution to the problem and launched Bold Bean Co. – her very own company.

Bold Bean Co. trades in jars of gorgeous Queen butter beans and chickpeas as well as organic white beans and organic chickpeas. They’re not cheap but take a bite into one of those cloudy and creamy beans and you’ll likely be converted to the cause. Amelia herself was one of those converts. “I hated beans for most of my childhood,” says Amelia, “I never ate baked beans as they gave me the heebie jeebies. I did an exchange year in Spain where I had good quality beans for the first time and that's where my bean perception was changed forever. That was why I decided to bring these exact beans to the UK to do the same.”

Good produce can make all the difference and I can tell you from personal experience that using Bold Bean Co.’s butter beans in favour of a tin from the supermarket – especially the stuff that comes packed with all that gelatinous goop you’ve got to wash down the sink – makes all the difference.

“We source different varieties to what you'll find in supermarkets which are grown for flavour rather than yield,” says Amelia, “they tend to have thinner skins (which makes them softer and creamier) and all come from within the EU which makes transparency in our supply chain far easier. We have a restriction on our Queen chickpeas, for example, that we only take beans that are around 12mm from each harvest, this ensures they're all that same, giant size.”

That quality control is essential but it’s obviously not necessary for you to use such prestige beans in everything you make. If you’re bunging together a weeknight chilli or simple stew with lots of spice, you’re best off using your bog-standard beans. The subtlety of the good stuff would only get lost in the mix.

I’m a big proponent of buying high quality when it’s been ethically sourced and comes from the best possible suppliers but believe it or not, dear reader, even I have a breaking point. And that bean breaking point is The River Cafe. I’m not complaining about the prices of the dishes at the restaurant which are all cooked by chefs with more talent in their pinkies than I possess in my entire being. But The River Cafe’s online shop stocks a jar of cannellini beans that you can purchase for the bargain price of £18. Yes, £18. I haven’t counted them individually but I reckon that works out to almost a pound a bean. Which is a lot.

I asked my line manager if I could buy that jar using our company Pleo for this article and expense it as “vital research”. I’m not legally allowed to publish their response but let’s just say it involved an “uck” and an “off”. Is that too much to pay for a jar of beans? Yes, probably. But I can respect the respect that the Riv Caff team are giving to beans.

“The River Cafe are making a statement as food trendsetters,” agrees Amelia. And that statement is this: value beans more, people!