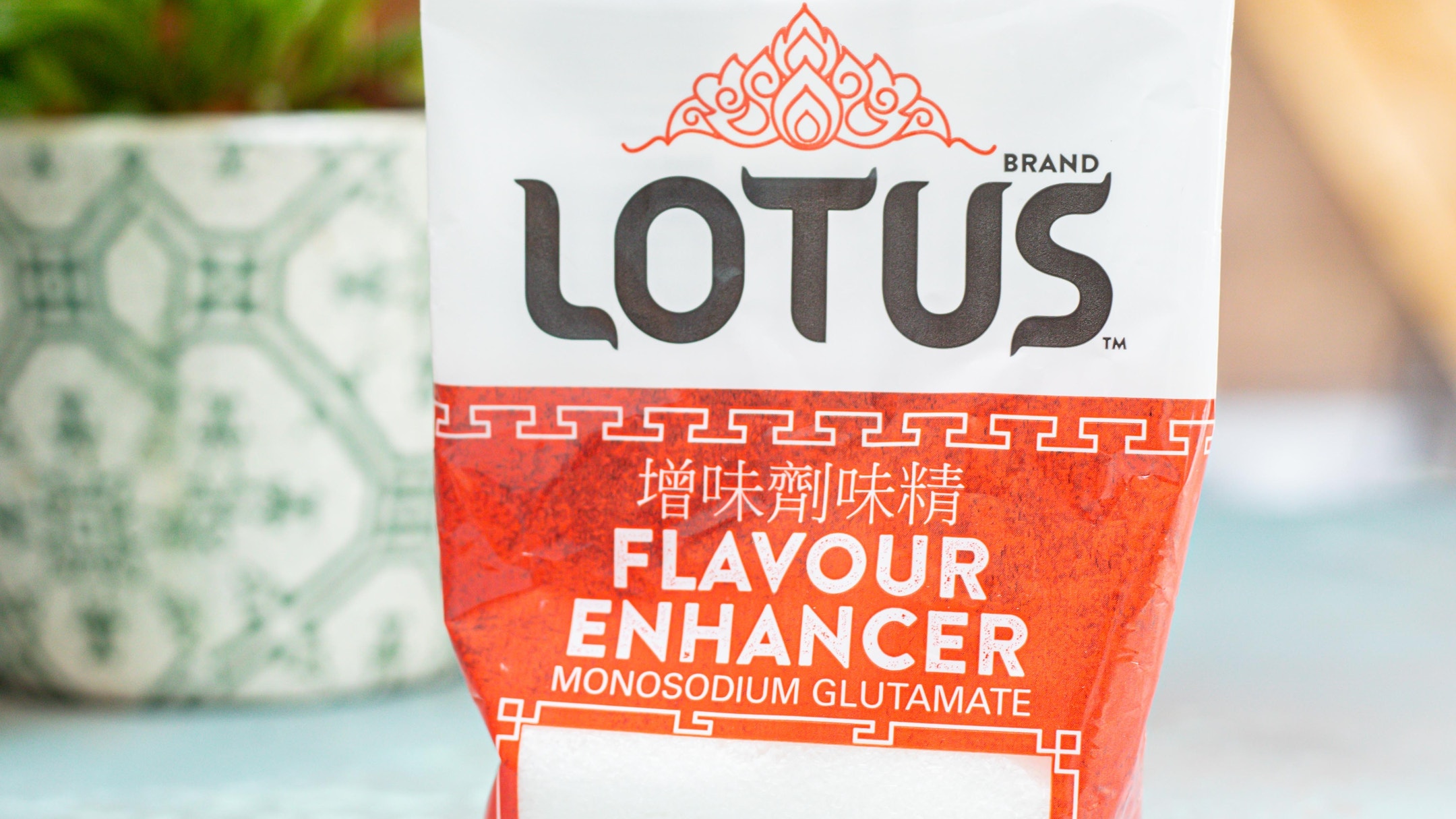 Why You Need To Be Using MSG

If you’re looking to add an umami punch to your cooking, you need to look no further than this super seasoning. MSG is the absolute one, MOB. 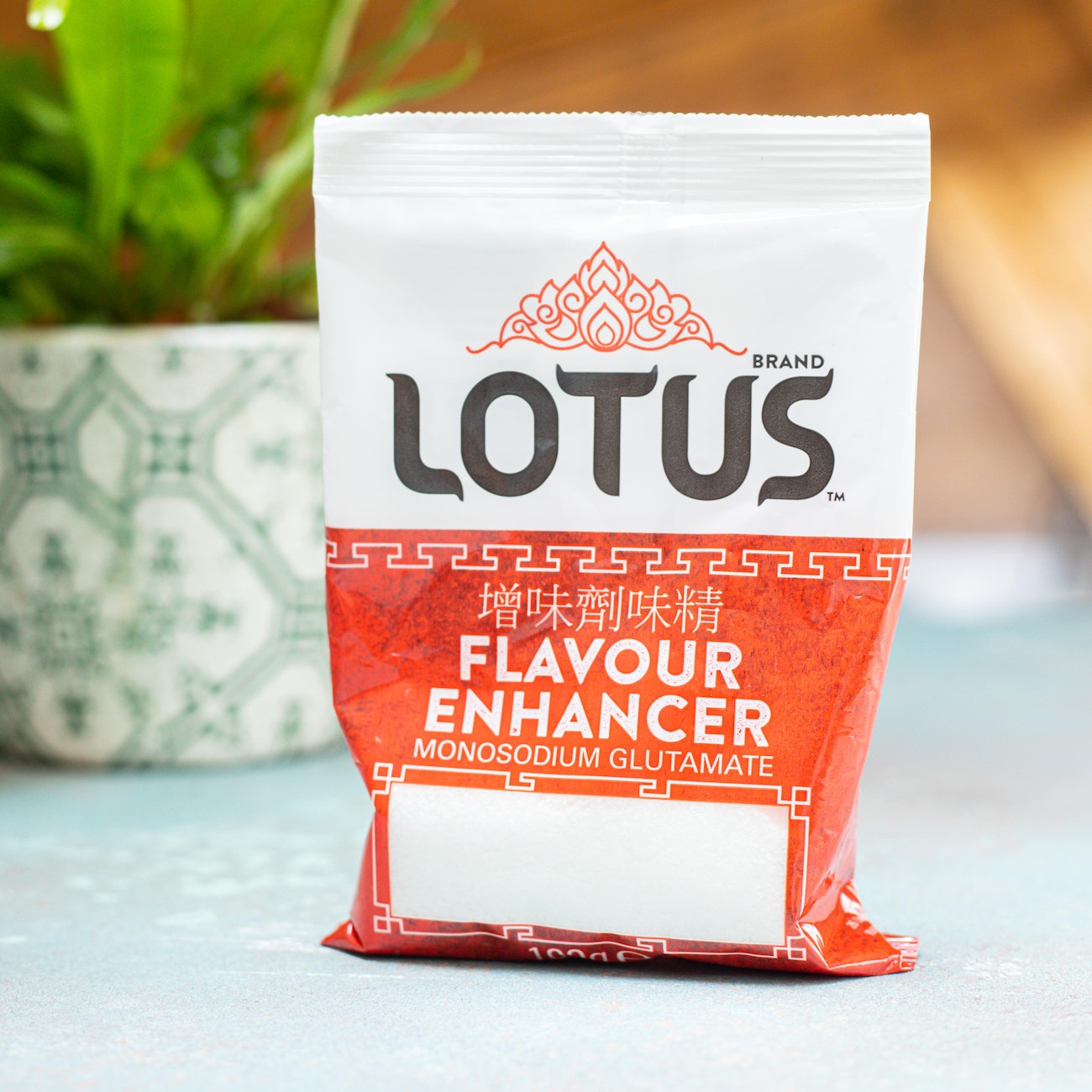 Monosodium glutamate (aka MSG) gets a bad rep. An unfairly bad rep. A bad rep that’s come about because of racism and an imaginary condition known as "Chinese Restaurant Syndrome". If you’re the sort of person who complains about getting a takeaway because of the MSG levels: stop. Because the reality is that it’s likely you’re already consuming plenty of food products this week (like Pringles, Doritos, and stock cubes, to name just a few) that have got plenty of MSG in them. And that’s OK! One of the main reasons that Pringles taste so good is because of MSG.

The reality is that we should be championing the stuff rather than vilifying it. An MSG expert who understands that is MiMi Aye. MiMi is a food writer and author of NOODLE and the award-winning Mandalay: Recipes & Tales from a Burmese Kitchen. She also co-hosts the popular food and culture podcast The MSG Pod and recently guest-edited the MSG issue of Pit Magazine – an issue that provides readers with a ride through the history of the mysterious seasoning.

“MSG is just a type of seasoning salt – it’s used by chefs and home cooks all around the world to ramp up the umami in their dishes,” says MiMi, “If you’re going to get your knickers in a twist because it has a “chemical name”, prepare to be blown away by its cousin sodium chloride, aka monosodium chloride, aka table salt. Salt, by the way, has been deemed by the UK Food Standards Agency as a greater risk to public health than MSG.”

At a molecular level, MSG is simply the sodium salt of glutamic acid. Glutamic acid is an amino acid that can be found naturally in a load of different foodstuffs including tomatoes, anchovies, mushrooms, and even Parmesan cheese. MSG is just a highly concentrated version of the savoury smack you get from those foods. It is, quite literally, umami that’s been distilled into an easy-to-use powdered form.

What’s umami? Well, us humans can taste five fundamental flavours: bitter, sour, salty, sweet, and umami. If you’re struggling to imagine what something that’s umami tastes like, and how it differs from something that’s salty, just think of all those foods like mushrooms and Parmesan that I mentioned earlier. You know that earthy, savoury note you get from a really rich cheese? That deep taste you can feel almost feel dimpling your cheeks? That’s umami! And it’s brilliant! MSG is just a super-concentrated form of that flavour. So just like you’d add sugar to a cup of tea in order to make it sweeter and salt to a soup to make it saltier, you should be adding MSG to your food in order to make it more umami.

Not only is MSG the best way to get some umami – in its purest essence – into your cooking, but it’s also a flavour enhancer that’s capable of making your dishes taste more like themselves. It’s a bit like after you’ve had a good whiff of Vick’s and your nostrils are suddenly cleared and you’re able to detect the faint aroma of the El Paso taco kit that your next-door neighbours have just opened, but for your tongue. A dash of MSG can open up your palate to a wider array of flavours and make you more receptive to some of the subtler, more nuanced aspects of a plate of food. Sprinkle a little on your steak before you cook it and your sirloin will taste meatier than ever. Throw some into a kachumber salad and the whole thing will pop with flavour.

Like any condiment or seasoning, however, it is obviously possible to overdo it.

“Note that MSG packs a punch,” says MiMi, “if you’ve added 1 tsp salt to a dish, I’d add ¼ - ½ tsp MSG– and this is as well as the salt, not instead of. So the next time you cook anything savoury, add a little MSG to kick it up a notch. Try a small pinch in your pesto or pasta sauce, sprinkle some over your eggs or your roast potatoes, add a dash to your salad dressings, rub a smidge over your steak. It should be a game-changer!”

So, do as MiMi says, and don’t go overboard and start throwing tablespoons of it into everything that you cook. Just use a bit of common sense. Classic cookbooks like Craig Claiborne and Virginia Lee’s The Chinese Cookbook as well as more modern flavour bibles like MiMi Aye’s Mandalay proudly include MSG in their ingredients list and are a good place to start getting familiar with how to deploy the stuff in your cooking. As for where to get your hands on the stuff? Ajinomoto is one of the most popular brands of MSG in the world and you can easily find bags and shakers of it at any decent Asian supermarket. It’s a quick and inexpensive way to make your home cooking taste more like restaurant-quality fare. What have you got to lose?