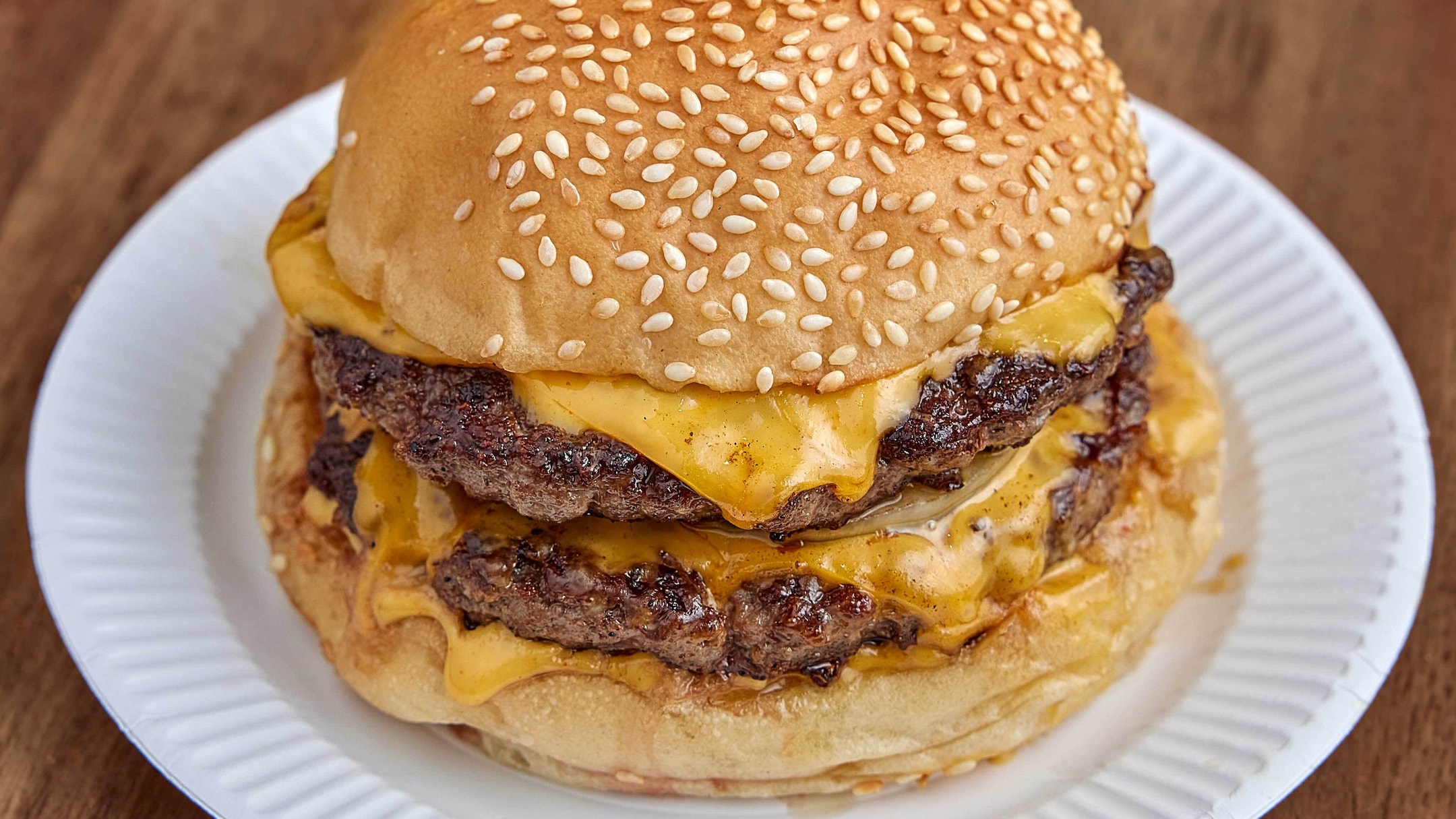 What Makes A Good Burger?

We asked a couple of proper burger experts to share their secrets to making the perfect burger. Here's how you do it. 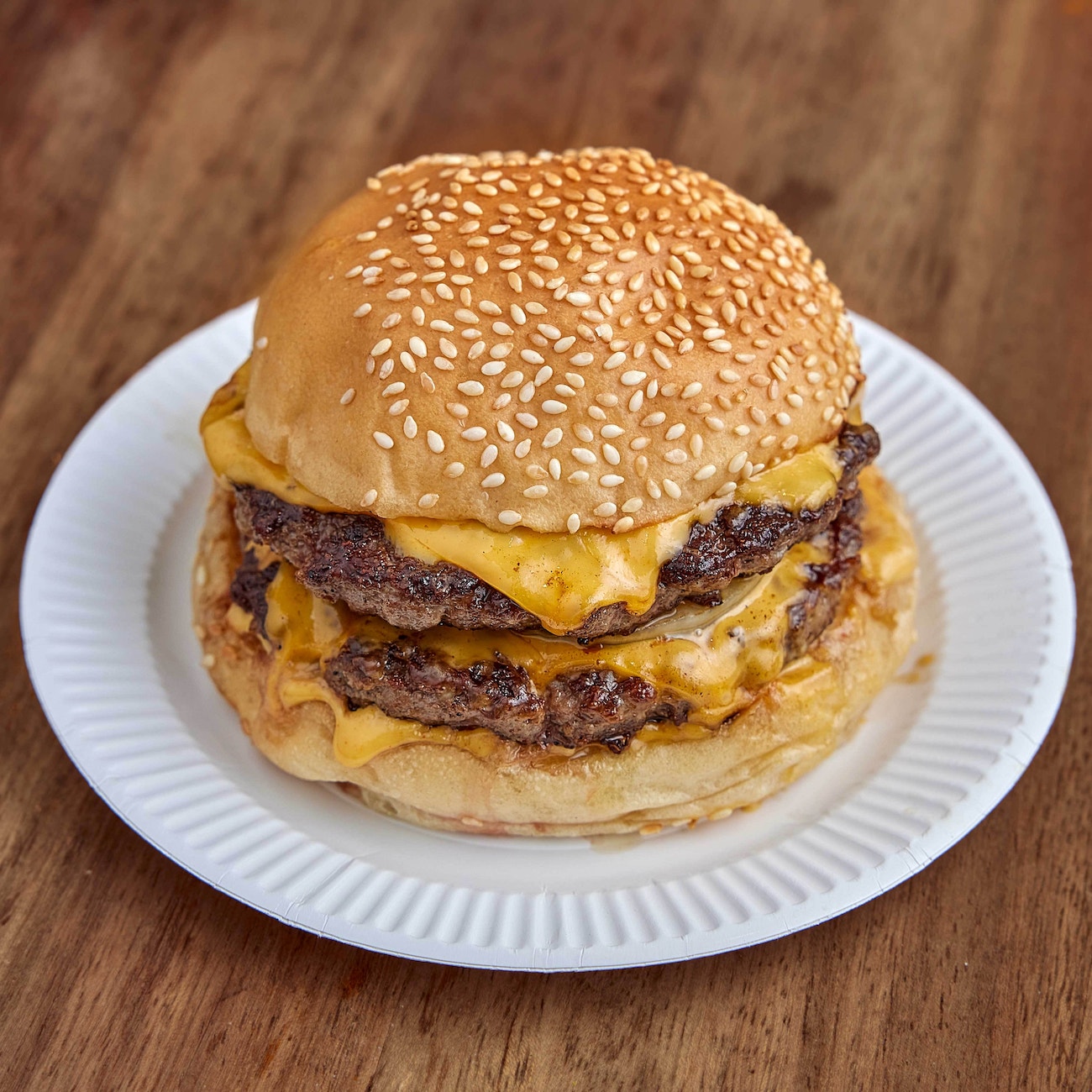 Is there a more satisfying burger out there than Bleecker's double cheeseburger?

Kenan and Kel’s cult classic, Good Burger, is a film that lives rent-free in my head. Not only because my brother and I would watch it for days on repeat when we were younger but because it’s one of the first movies that got me thinking about the concept of taste. The basic plot of the film revolves around the Good Burger restaurant that the film’s main characters, Kenan and Kel, work at. Despite all of Kenan and Kel’s hard work and hijinks, Good Burger suffers a serious blow to its profits when the high-end Mondo Burger chain opens up across the street. The reason? Mondo Burger’s burgers are better than Good Burger’s.

In order to win those customers back, Kel creates a special sauce so delicious that it increases Good Burger's sales and gets them back their lost lunchtime clientele. Shenanigans then ensure. This competition between the two fictional burger chains was my first introduction to the idea that not all burgers are made equal; that there are some burgers in the world that are tastier, beefier, and objectively more delicious than others.

It’s just a bun, a bit of chargrilled beef, and maybe some lettuce if you’re feeling fancy, right? Wrong. There’s so much more to a burger than meets the eye. You might think it’s one of the simplest things on the planet to make (flipping burgers is something that robots are literally being taught to do) but it’s not until you’ve had a really good burger that you realise just how bad most of the burgers you’ve consumed in your life have been. It’s not until you’ve had a Mondo Burger that you’re able to recognise just how much Good Burger was lacking.

Some of the world’s best burgers might be found in the U.S. but there are some pretty mean versions you can find in the UK, too. Fred Smith is the Head of Beef at Flat Iron, a group of steak restaurants that are dotted across London. Yes, that’s an actual job. And, yes, I want it. 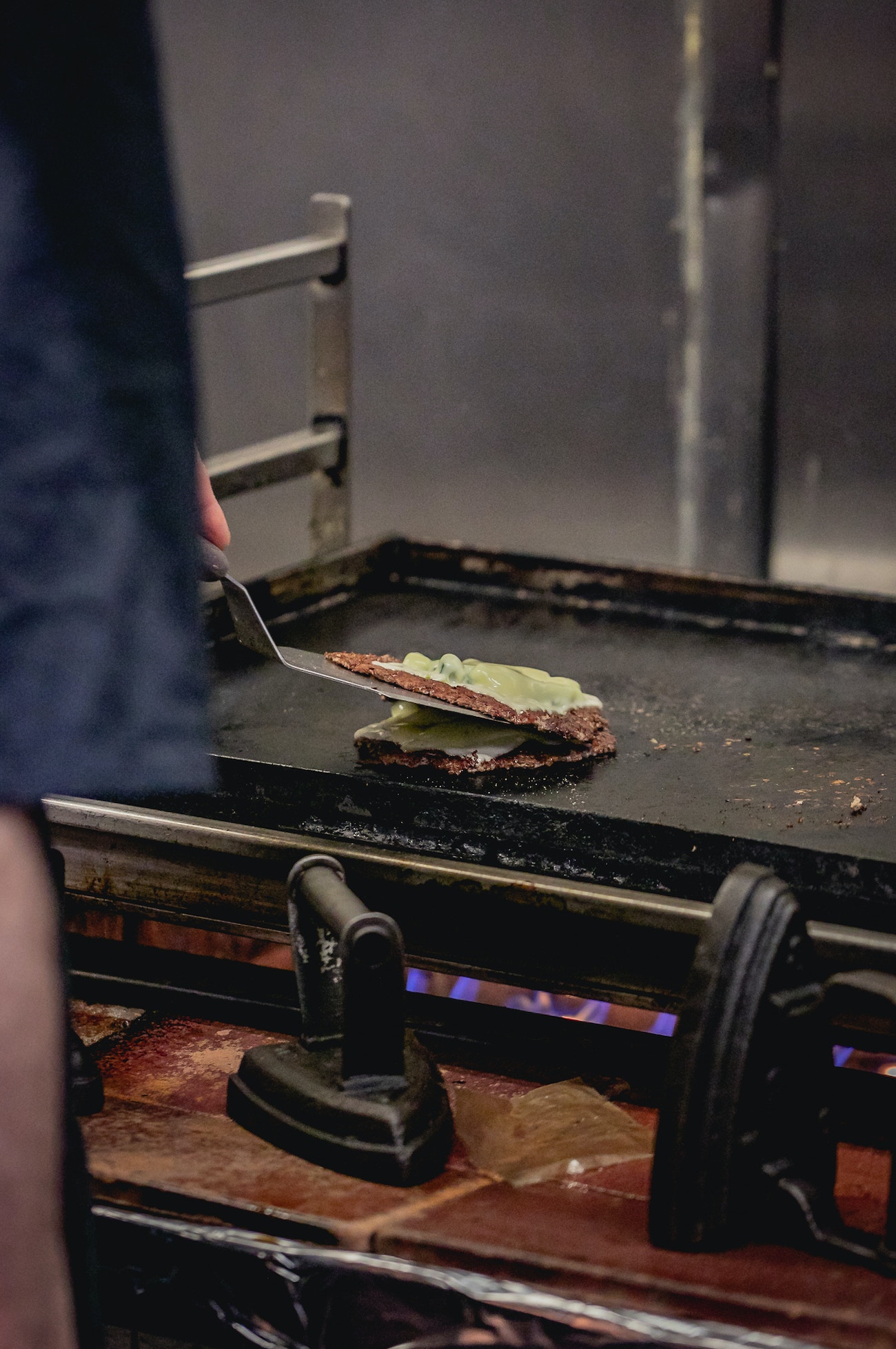 Two of the most important aspects of a burger to consider, in Fred’s opinion, ​​are consistency and balance. “It’s all about the consistency of raw materials and balance of flavours and textures,” says Fred, “sweet, sour, salty, Umami, crunchy, fresh, rich. Everything should be in harmony.”

Smith’s latest creation is the super harmonious Herd Burger – a beefy behemoth that consists of two beef patties, made from a variety of cuts (including short rib, skirt and bavette), wedged in a buttery brioche bun. Joining those patties are helpings of Ogleshield cheese, Iberiko winter tomatoes, shrettuce, and a generous spread of Fred’s own burger relish made from smoked chilli mayonnaise, ketchup, dijon mustard, chopped gherkins, and white onions.

The Herd Burger works because it’s built right with the final product in mind. Because what’s the one mistake that everyone makes when assembling a burger? Going overboard with the ingredients. “You should be able to pick up a burger in two hands and eat it on the move if needs be,” says Fred, “a burger should hold together and you should be able to take a bite without dislocating your jaw. Each bite should be consistent – you don’t want all the bacon finished after two bites.” 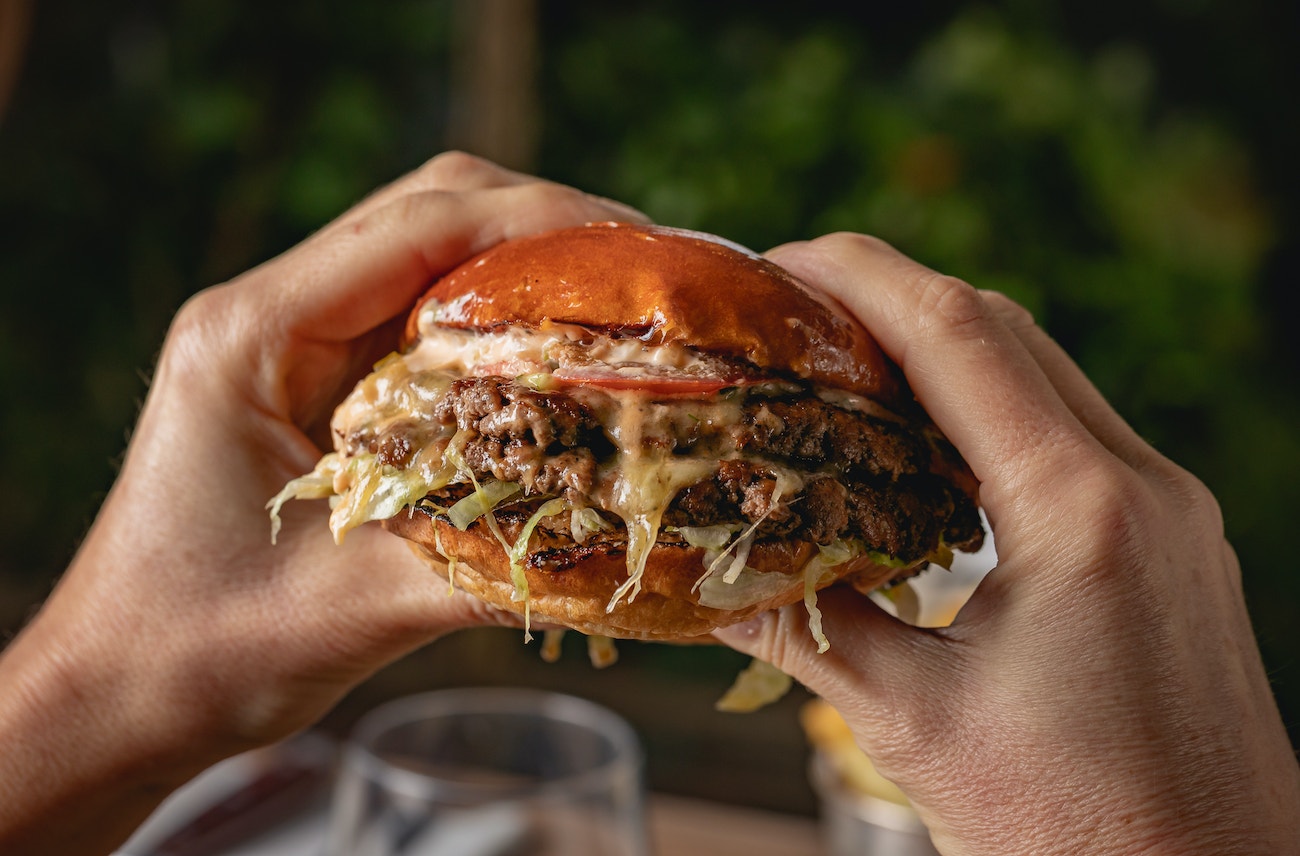 The beef they use for the burgers at Flat Iron is a combination of traditional and rare breed cattle such as the Belted Galloway, Highland, Dexter and White Park. All of which are reared on a farm in Yorkshire. That impeccable sourcing is another important factor to Flat Iron’s success. And it’s one of the reasons why your standard quarter pounder from McDonald’s never tastes like much apart from salt and sauce; the meat just doesn’t have the quality needed to be heard above the cacophony of other ingredients.

My favourite burger on the planet is probably the double cheeseburger at Bleecker. That burger was crowned the UK’s best burger in 2020 – owning to its perfectly smooshed patties and the way that its up-front beefiness melds into the bun to form a cohesive unit of umami flavour. “The bare-bones came together at the beginning pretty easily: aged beef + light bun + American cheese,” says Zan Kaufman, the founder of Bleecker, about that burger’s creation, “but in terms of the perfect formula, we are constantly working on ways to improve our burger.”

The bun, it turns out, is almost as vital as the beef. Eschewing sweet brioche in favour of a simple sesame situation, the Bleecker team make sure that the patty itself is always the star of the show. Onions, American cheese, and house sauce are the only other accompaniments in that burger and all of them are happy playing backing vocals to the beef rather than vying for attention in a misguided duet. “The wrong sauce can kill a good burger, “ says Zan, “the sauce needs to make sense with beef. I think most mayo-based sauces work well. McDonald's got it right first with the Big Mac sauce. Ours is similar, just less processed. If you're making a burger sauce at home, mix together five parts mayo to one part ketchup and one part mustard.”

As for how you can replicate a Bleecker-style smashburger at home, Zan advises that you start off by making sure you’re using quality beef. The key to most good patties is fat and age. “You want your blend to have at least 25% fat and the beef to be at least 30 days-aged,” says Zan, “if you go to the butcher and ask for aged beef and get 75% chuck and 25% other cuts, it is going to be pretty tasty. Experiment. That’s the fun part about making a burger. Most importantly, don’t put seasoning into the beef mix. Rather, season each side just before cooking.” Making a couple of those patties will cost you more than a packet of pre-made burgers, for sure, but it’s more than worth the effort involved. Especially if you follow the rest of Zan’s foolproof recipe.

“Weigh out 113g balls of the beef, roll them into balls and put them in the fridge. When it is time to cook, take the balls out of the fridge and place them on a chopping board. Then take another chopping board, and press down each patty so it is about a quarter of its original thickness. Season each side with a heavy sprinkling of salt and then fry in a hot dry frying pan for 2 min each side. Don't forget to open the windows and turn on the extractor!”

It really is as simple as that. If you’re into your burgers, have a go at making your own in your kitchen and see what you can come up with. You might just surprise yourself.