We spoke to the head chef of Brat about sustainability, the pressures of social media, and what British restaurateurs can learn from the Basque country.

Tomos Parry is the head chef of Brat – one of London's brightest restaurants and most sought-after reservations. If you haven't eaten Parry's food, you should definitely look at seeking it out as soon as possible. The Guardian named Tomos "Britain's hottest chef" in 2018 – a reference to his cooking skills, not his dashing good looks – and it's safe to say that he hasn’t lost any of that heat since. Quite literally. Even though he's taken on a more managerial role as of late, Tomos can still be found sending out plates of fresh, fire-kissed seafood and thoughtful assemblages of seasonal, char-grilled vegetables at his popular Shoreditch haunt on a regular basis.

The recent re-opening of Brat has come off the back of a solid few months of al fresco dinner service at Parry’s new outdoor venture, Brat x Climpson’s Arch. That woodsy collab with local Hackney coffee traders Climpson & Sons has been such a roaring success that it's now a permanent fixture on the London dining scene. Having two different Brats to pick from (a situation that will be all too familiar to the parents of the Sprouse twins) means that diners looking to get a taste of Parry’s à la mode cooking – and, yes, those anchovy flatbreads – have got more options available to them than ever before. That's good news for anyone, like myself, that's struggled to book a place at Tomos's table in recent weeks.

Because this interview was conducted when social distancing was in place, our conversation involved me video calling Tomos as he locked himself in his bathroom away from his young children. It’s the first interview I’ve done with a Michelin-starred chef seated next to a shower cubicle but, considering how lovely Parry was about the whole thing, I kind of hope it’s not the last.

Welsh and proud, Parry is a preternaturally talented chef who is big on sustainability, wood-fired cooking, and the Super Furry Animals. Here’s what happened when MOB met Tomos Parry.

When did you first realise you wanted to be a chef?

Now that I'm thinking about it, it was probably earlier than I've previously thought. My first jobs always involved cooking in restaurants and local cafés and bars and stuff in north Wales. Then I went to university in Cardiff to do History and Politics as I thought it was kind of what you had to do but, while I was at uni, I basically just worked in restaurants the whole time and didn't really go to lectures. That was probably when I first realised and said to myself: "oh, right, this is what I'm meant to be doing". It's funny because I don't think that people at the time took cooking seriously as a profession. Nowadays it’s a completely different story.

What would be your advice for someone that wants to break into the hospitality or restaurant industry today?

To be patient. With social media and stuff these days, there's always an urge to go and jump to the coolest thing and whatever's trendy. There’s this thinking that, "oh, that restaurant looks better than ours" but I think it's best to be patient, really, with these kinds of things. It’s best to keep focussed on what you're doing. When I was learning the ropes, there wasn't any social media around so it was a little bit easier but it must be really hard for young chefs today because it's just that constant barrage. Everything always looks better on Instagram, right? So people might feel like jumping ship or moving around because of that even if it's not the right thing to do, realistically.

Is there anyone in your career that you consider to be your mentor?

A chef in Cardiff called Grady Atkins was my first mentor. He made a big impact on me. A more London-based restaurant person would be Ruth Rogers from the River Café. I think what she does there is fantastic; she helped define what restaurants should be in London and set the level that we all aspire to be at.

It's probably Francis Mallmann's Seven Fires. It's a brilliant cookbook from Argentina. It's mainly all grilling but it's got finesse as well and it's got a certain delicacy to it. It's not just all macho cooking beef and stuff, you know what I mean? There's a good balance to it. I'd followed him for years and then obviously Chef's Table shone a – let’s call it – interesting light on his personal life which I didn't know before. His book's good though.

What’s the one dish that you think everyone should be able to cook?

I don't know if it's a dish exactly but I think being able to manage eggs is a very important thing. I've always thought that if you understand how to handle eggs in their various forms then you're pretty well set. Because if you can master eggs then you understand how to bake and you can understand how things go together. If you've got a good understanding of egg-based cooking, you're kind of pretty solid as a cook. Being able to bake a loaf or a good sourdough is another fundamental because it requires patience. There's a process to it as well and I always think it's good to know those simple processes.

It depends on the day, but I think fried in olive oil is the best.

How important is sustainability to what you do at Brat?

It's incredibly important to us and it's been important since day one. The ethos of the restaurant is essentially terroir-based cooking – so cooking that tastes like where it comes from. That's a concept inspired by the Basque country where they get a fish straight from the sea. The fisherman brings it to the restaurant and they cook it then and there. And that's basically it. Sustainability goes hand-in-hand with that ethos from my point of view. We were obviously setting out to be industry leaders in sustainability but also I felt like if we did things right in the sense of what we want to achieve in the restaurant then sustainability would just come naturally. Which it did. We work with so many small day boats that are very targeted in their catching methods. Because of that small-scale, it's quite a sustainable way of fishing. The menu isn't designed around being sustainable but it just happens to go hand-in-hand with the general ethos of the menu anyway.

How would you describe Brat as a restaurant to someone who's never been?

It's a grill and wine bar, really. Like they have in the Basque country. We don't use any electricity or gas or anything and, especially when we’re in service, everything's done over fire. It's not a barbecue restaurant because that’s all about smoke. What we do is more wood-fired cuisine.

We've seen a lot of turmoil in the hospitality scene over the last year. What would you like to see change about the restaurant industry going forward?

Obviously, consumer's relationships with sourcing have been impacted by the pandemic with access to things like Pesky Fish and Natoora...

Yeah, that's been one of the few good things to come from the pandemic, to be honest. The public have had access to what chefs have had and that appreciation for what good meat and fish and vegetables is starts building up. It all adds to the wider food culture and making sure people care about where their produce comes from.

What’s your favourite song to listen to while you’re cooking?

It depends what mood I'm in. If it's very early in the morning I’d require something different but I'd probably go for Super Furry Animals. They're a Welsh psychedelic pop band and they're fantastic. They're completely bonkers and they kind of go quite psychedelic in parts which is quite nice to cook to. You kind of start drifting into another world sometimes. 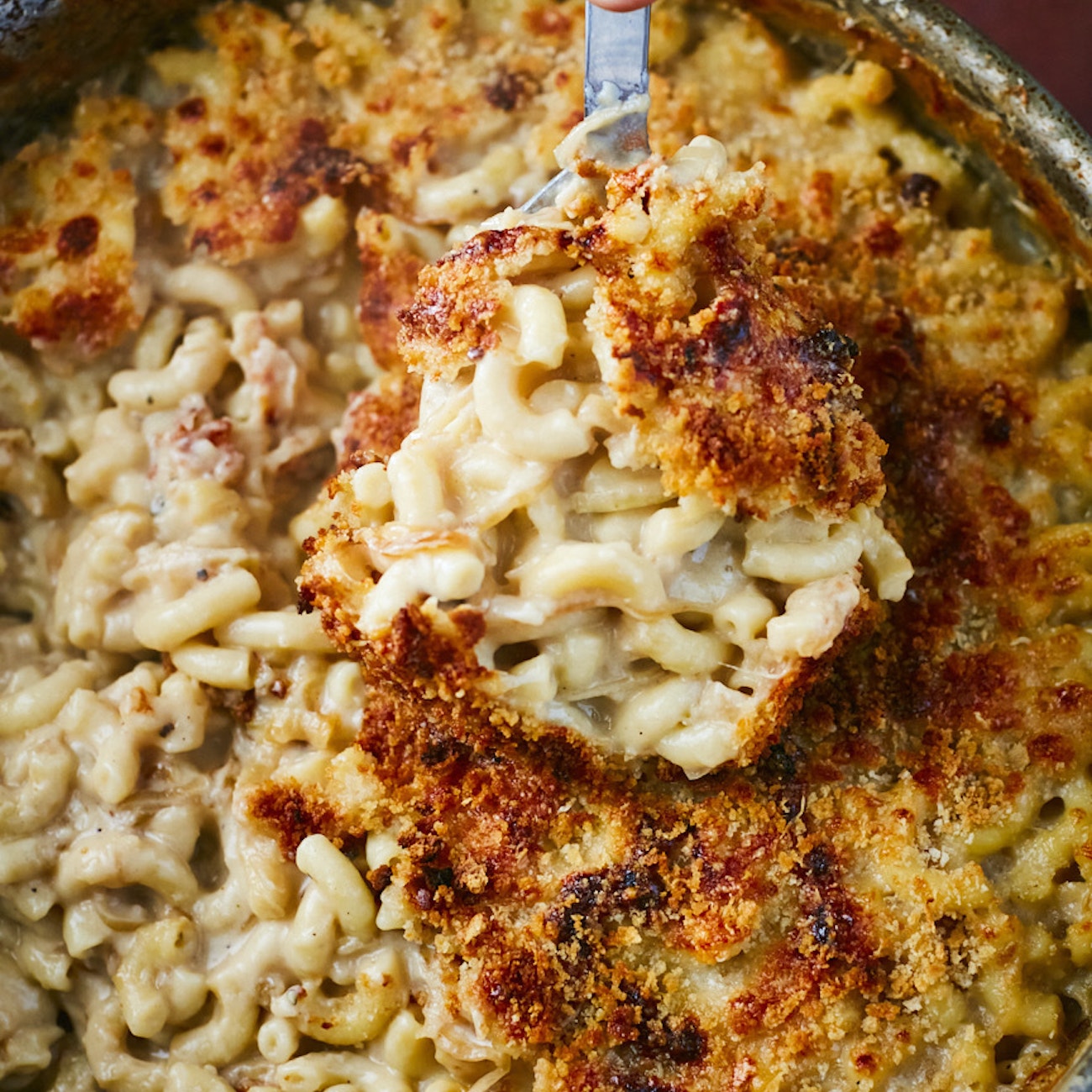 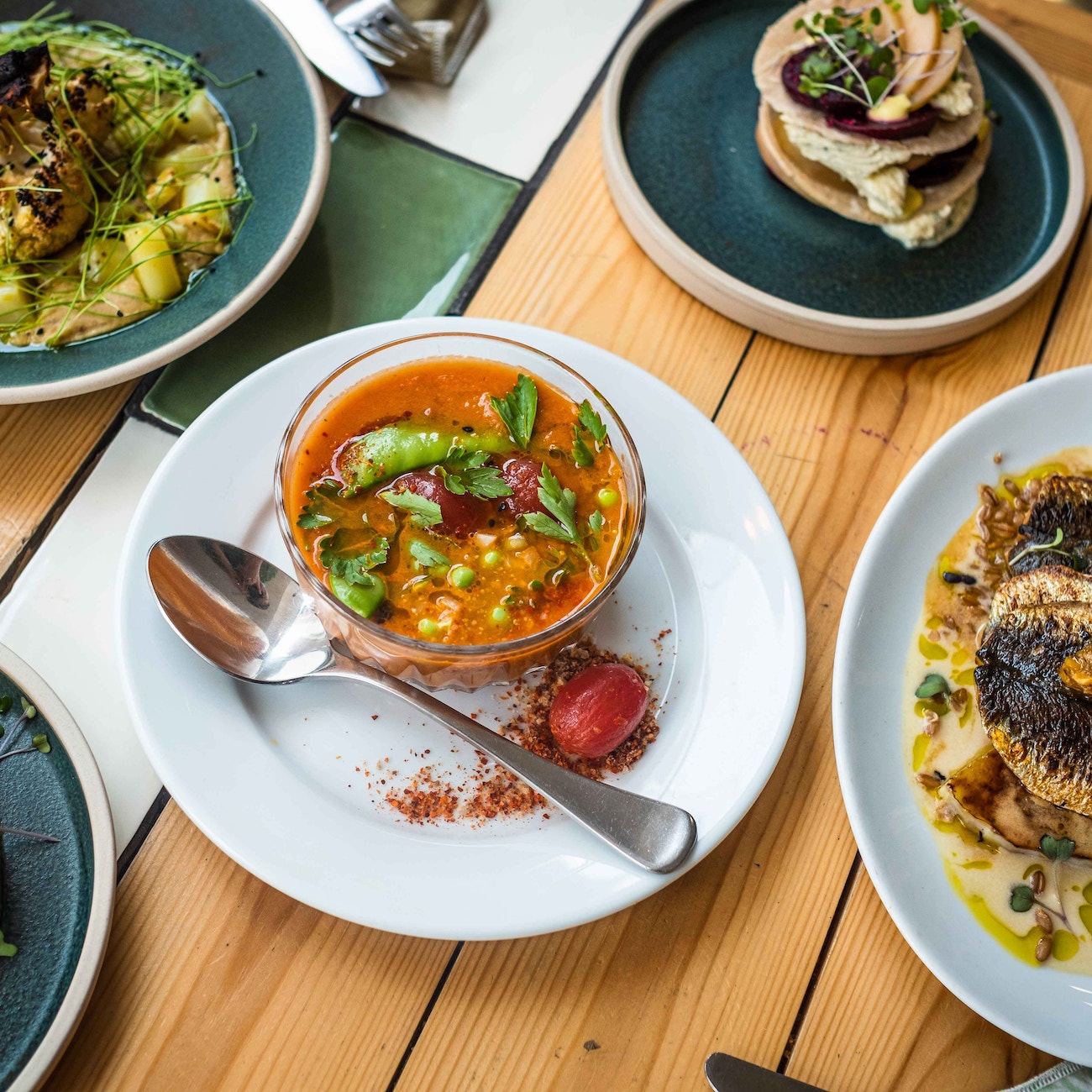 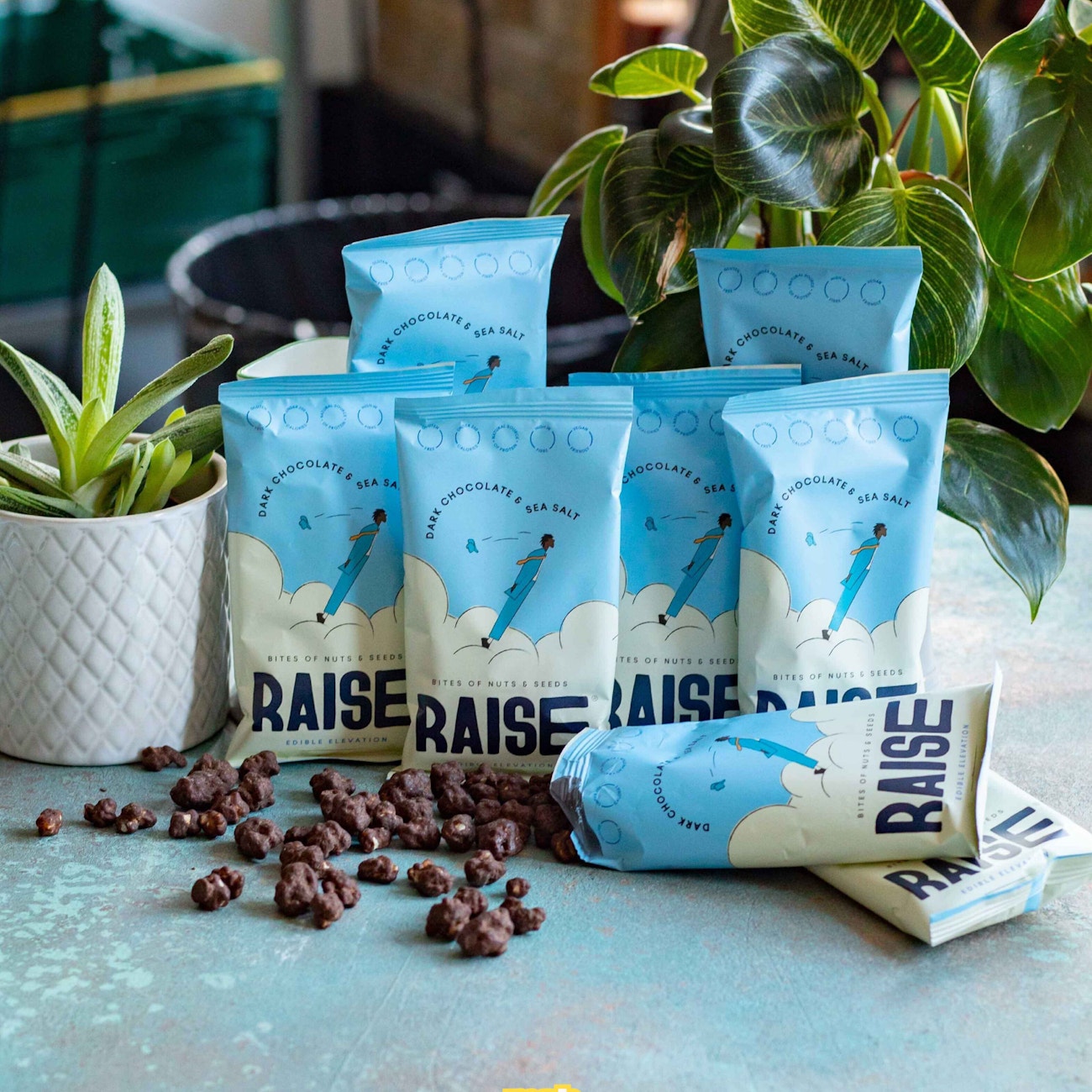 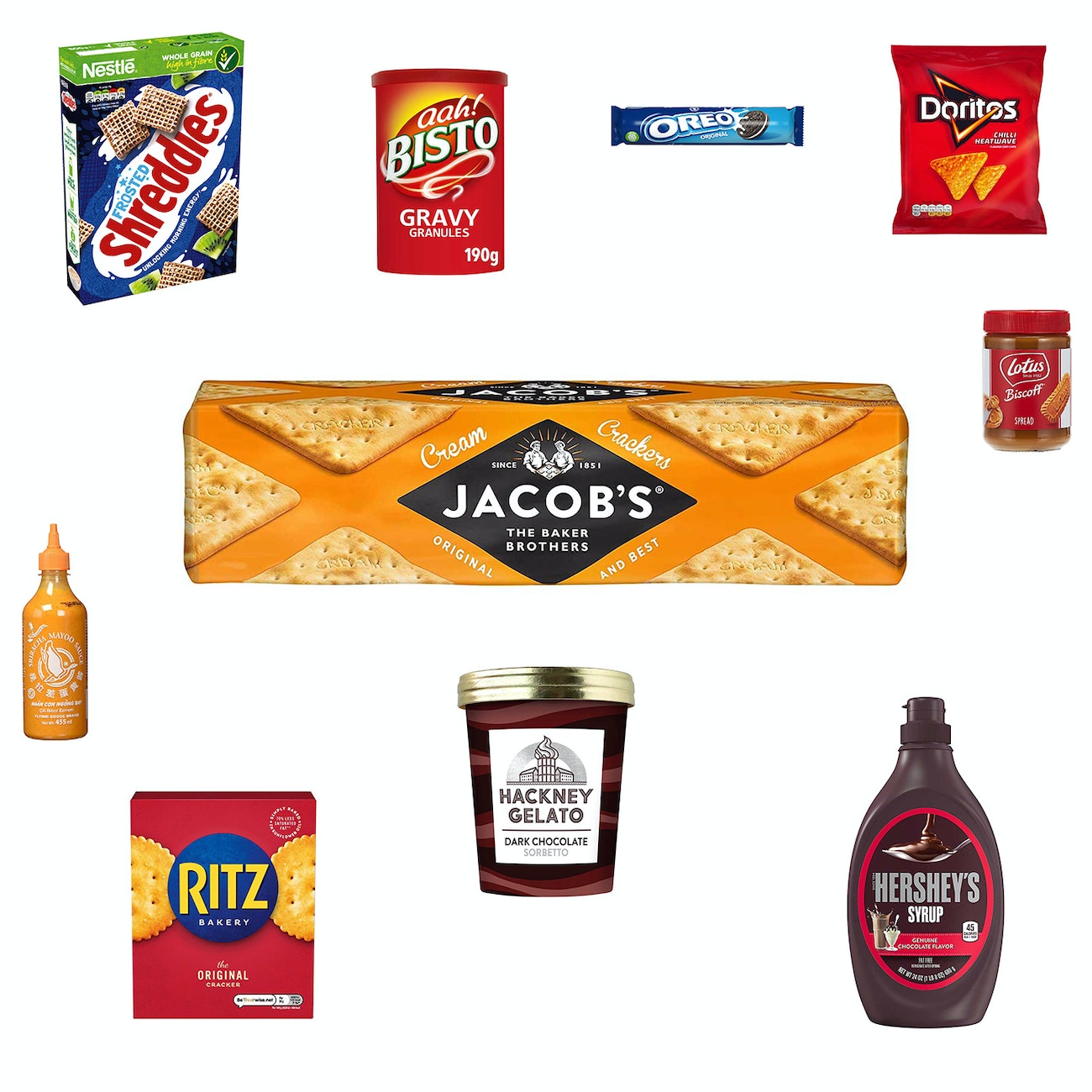 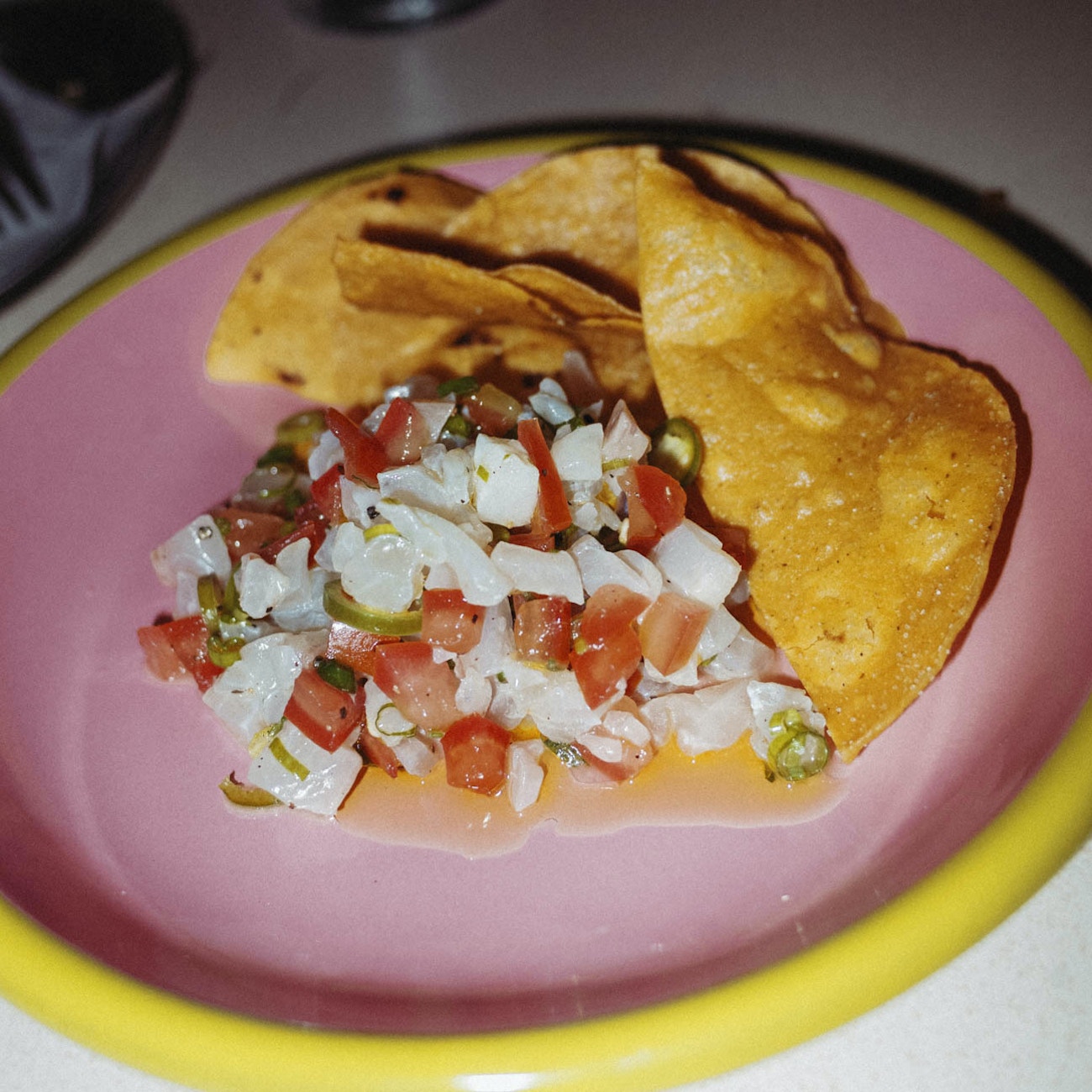 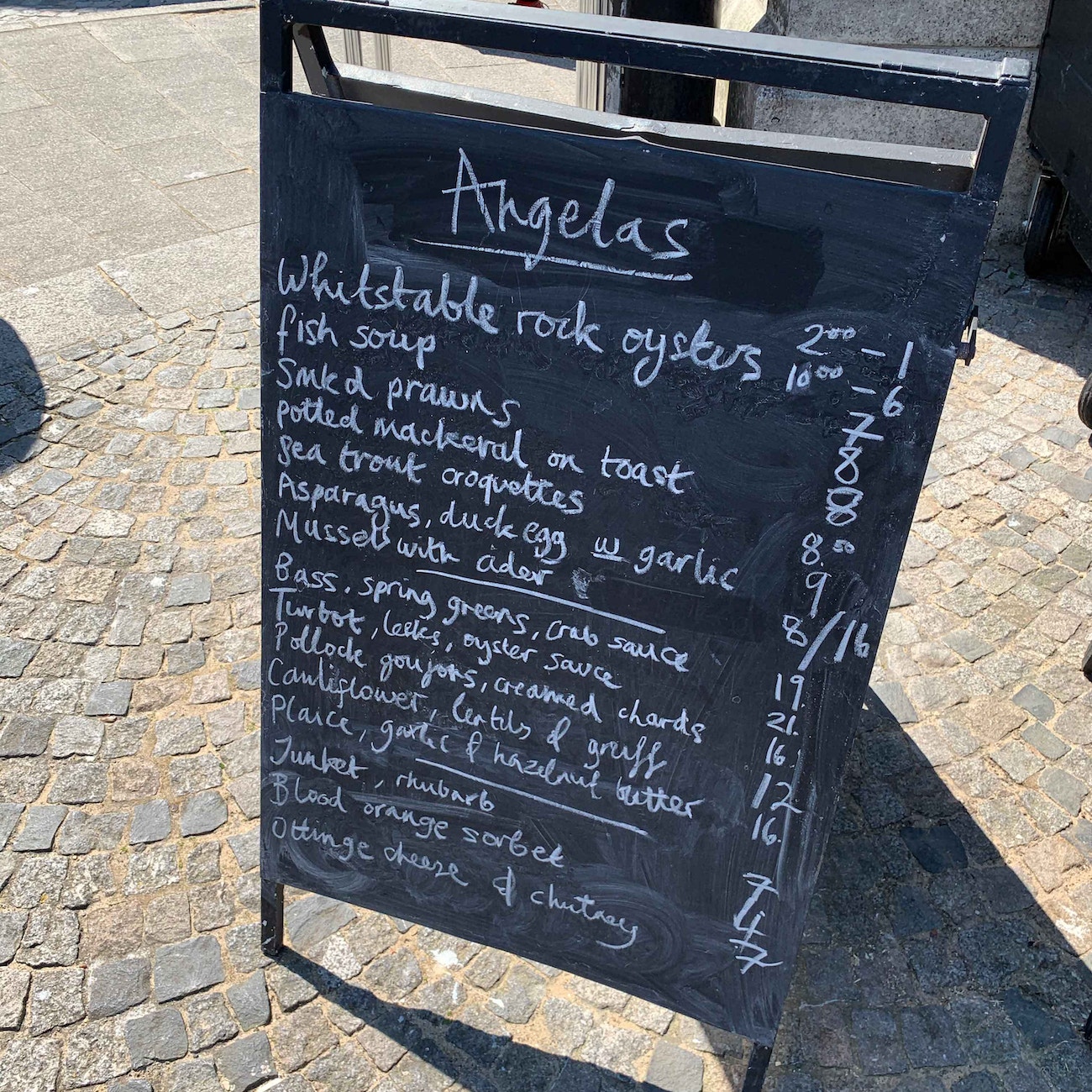