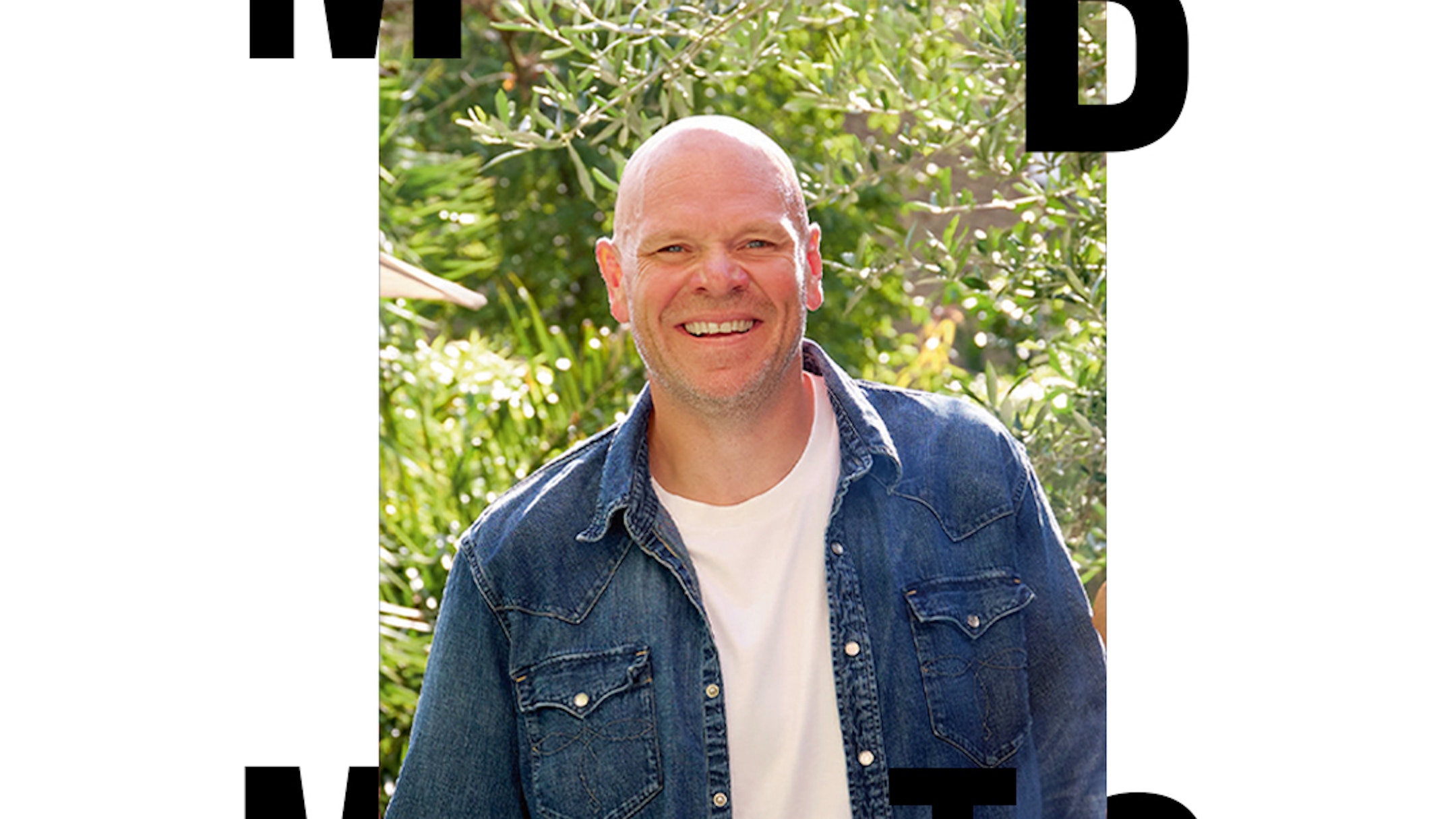 We spoke to the Michelin-starred chef about grilling, bunking off school to build a barbecue, and found out what he really thinks about the British food scene. 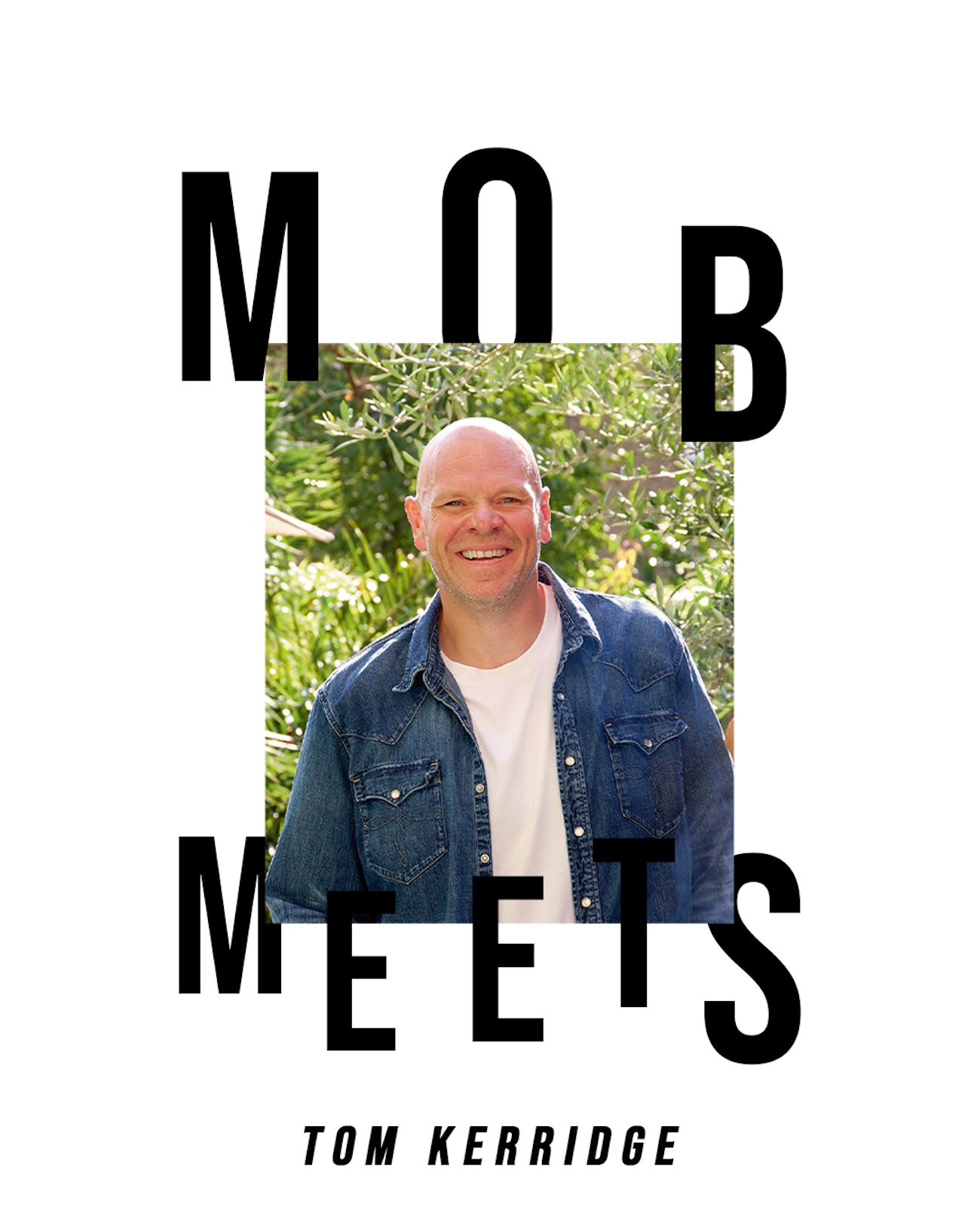 Tom Kerridge is a very busy man. When he’s not whipping up recipes for his website or helping save Britain’s pubs or running a star-studded culinary empire, he’s teaming up with superstars like Marcus Rashford to try and help bring an end to child food poverty. No big deal.

The self-professed "captain of the pirate ship" is responsible for the success of multiple restaurants across the UK (including his lauded Marlow pubs, The Hand & Flowers and The Coach) and has written several bestselling cookbooks. His latest, Tom Kerridge’s Outdoor Cooking, couldn’t have come at a better time.

The sun is shining, the birds are singing, and scary-looking men with even scarier-looking tattoos have started whipping their tops off on the high street with abandon. Yes, MOB – summer is on the way and nature is healing. So you should probably use this crop of good weather as an opportunity to take a page out of Tom Kerridge’s book and learn a thing or two about the magic of outdoor cookery. You could even take a page out of his book, quite literally, and use it to start a fire. I think Tom would find the humour in that. He’s just that sort of affable fella.

Filled with over 80 meaty and vegetable-y recipes, comprising hearty dishes like crisp pork and chorizo burgers and lighter plates like charred cauliflower salad, it’s a cookbook that shows you what you can do with a bit of smoke, charcoal, fire, and elbow grease. We spoke to Tom about why he's been so inspired by the great outdoors and what it really means to have a "British barbecue". Here’s what happened when MOB met Tom Kerridge.

If you're someone who likes cooking, there's something very refreshing about the simplicity of it. You're essentially just setting fire to something and it goes right back to basic, almost prehistoric, cookery skills. It's not setting an oven at 190°C and putting a cake in it for 25 minutes because there's no particular timing to it – outdoor cookery is always about touch and feel and understanding. It's also about smell and flavour and taste as well, you know? It's all those sorts of things that you become in tune with and that can be through something as simple as grilling some sausages and learning to understand when your coals get too hot. It’s about developing a sensory understanding of cookery. It takes everything right back to the beginning and there’s also something quite social about it which is brilliant. Whether it's just you and the family, sitting outside and hanging out a little bit more, or it’s your friends coming over now that they’re allowed to do so. It's that whole laidback lifestyle surrounding it that makes outdoor cookery great fun.

What’s a common barbecue faux-pas that a lot of people make?

Not giving themselves enough time. A lot of people will say, "all right, let's have a barbecue at 5 o'clock" but they won’t start prep till quarter to. Then the coals aren't hot enough and you're just cooking things on flames rather than making sure it’s properly done. If you’re doing a barbecue you've got to commit to it – you've got to build it, and you've got to give yourself three or four hours beforehand to get yourself a bit of structure. You can get a marinade going on, and a bit of whatever else you need to prep, but you've got to give yourself a bit more time and structure. I think planning is probably the biggest thing that people overlook.

Is it true you once bunked off school to build a barbecue?

I did, yeah. I must have been about fourteen or fifteen years old and my mate was climbing the brick wall at the back of our garden for a laugh and it fell down, so we were left with all these bricks in our back garden. We didn't know what to do with all the bricks so instead of going to school one day, we skived off to build a barbecue. Well, actually we did go into school because we needed sand for the cement so we went to school to rob the sand from the long jump sandpit! We robbed buckets of that and then went home and mixed cement to build a barbecue in my mum's house. She's moved house since but the barbecue is still there. That thing must be 32 years old and still sitting in someone's back garden. Maybe I should have been a brickie.

Barbecuing has obviously been a passion of yours for a while then. Have you always wanted to do a cookbook that's focussed on more grill-based dishes?

Yeah, it's something that I’ve always wanted to do because, being a professional chef, accessibility has always been difficult. The Hand & Flowers has got two Michelin stars, The Coach has got a Michelin star, and we're generally recognised in the hospitality world as a team of people that are pretty consummate at what we do. We’ve achieved some good stuff but then, when it comes to me writing books, you have to use some of that experience and some of that cheffy knowledge but you've got to be able to relate it to the people buying the books. They need to be able to cook it. You can't just create recipes that a professional with an innate understanding of restaurant kitchens can cook. You've got to be able to connect with everyone and outdoor cookery is really good for that because most people engage with it. I mean, look, we've all got mates that only cook twice a year and, when they do cook, it’s a barbecue, right? It's about working out how we can help those people improve their barbecuing and how we can get them to move away from just buying a frozen burger and a hot dog sausage. There's stuff in the book that's for more advanced people who are a bit more experienced but there's also some really basic stuff in there that even kids can get engaged with.

What are your thoughts on the barbecue scene here in the UK?

It's growing. It's a bit like the British food scene, really. Look at countries like South Africa and the States where they've got this huge barbecue scene and look at Korean barbecue and Asian street food and the wealth of Indian cookery that's done on a grill. Pretty much every country around the world has got some form of outdoor cookery that they do and specialise in but, here in the UK, we haven't really embraced it massively. Mainly because we don't normally get the weather or we don't think you can cook outside when it's cold. We think that you've got to wait until it's 30 degrees and then that’s when you buy a disposable barbecue from the garage and that’s what a barbecue is. A much better understanding of outdoor cookery is something that's grown and developed over the last couple of years. Much like the British food scene. If you look at London as an example that’s an area that’s a hub for great food. You could eat the best Chinese, the best Indian, the best Japanese, the most incredible Italian, some of the most fantastic tapas, as well as brilliant British cuisine all in the same area.

The British food scene is great because we embrace flavours and cultures from all around the world. That's where the barbecue scene is taking notes and growing because it's not just about an American-style rub and sweet barbecue sauce on a brisket that's been cooked for 18 hours. That will obviously taste fantastic but it’s more about thinking, "why don't we do something with pork belly and spring onions and a Chinese-style marinade" or "why don't we do something Korean-style with gochujang paste?". If you went to an American-style pit barbecue and decided that you wanted to do something with gochujang paste, you'd probably be looked at funny. But here, we can do that because we haven't got a real foundation or super elongated history of barbecue. We can embrace whatever aspects of it we want and are able to use the brilliant produce that we have in the UK – like Welsh lamb, for example – and then take inspiration from the flavours of somewhere else in the world to make something that's really exciting and vibrant.

Obviously, we want people to be conscious of their meat consumption. How do you balance that outlook with a book that's got a lot of meat recipes?

Well, there's a whole section in the book on vegetables and fish as well. I’m all about embracing more of a balance. Vegetarian and vegan eating is something that's becoming more prominent. Not just for strict vegan and vegetarians but also for people looking to be a bit more health-conscious or environmentally conscious. That's been quite exciting. At The Hand & Flowers, we’ve always considered vegetables just as much as the main piece of protein. They are vital. It's an equal, if not more important aspect, that can make or break a dish. So it's not been that difficult to try and make vegetables the star of the show when it comes to outdoor cooking. I mean, beetroots or potatoes that are roasted on the coals and things like that – they're beautiful. Those earthy flavours go great with bits of protein. Even on their own, though, they're incredible. You can serve potatoes with some wonderful soured cream or some goat's cheese or a lovely dressing made with sesame oil. I love dishes like that where you can drive those kinds of robust, earthy flavours that come from root vegetables and mix them with charred smoke. The beautiful thing about this book, and the process behind it is, is that you're not just using vegetables for coleslaw. Coleslaw is great and all – it's one of those barbecue staples – but there is so much more you can do with vegetables.

What’s your favourite song to listen to while they’re cooking?

I'm a chef that grew up through the '90s so anything by Oasis is an obvious choice. So either something by Oasis or any hardcore happy house piano house tunes from the '90s. 'Pennies from Heaven' by Inner City is such a good track. Whenever I hear that it’s like a call for cooking.