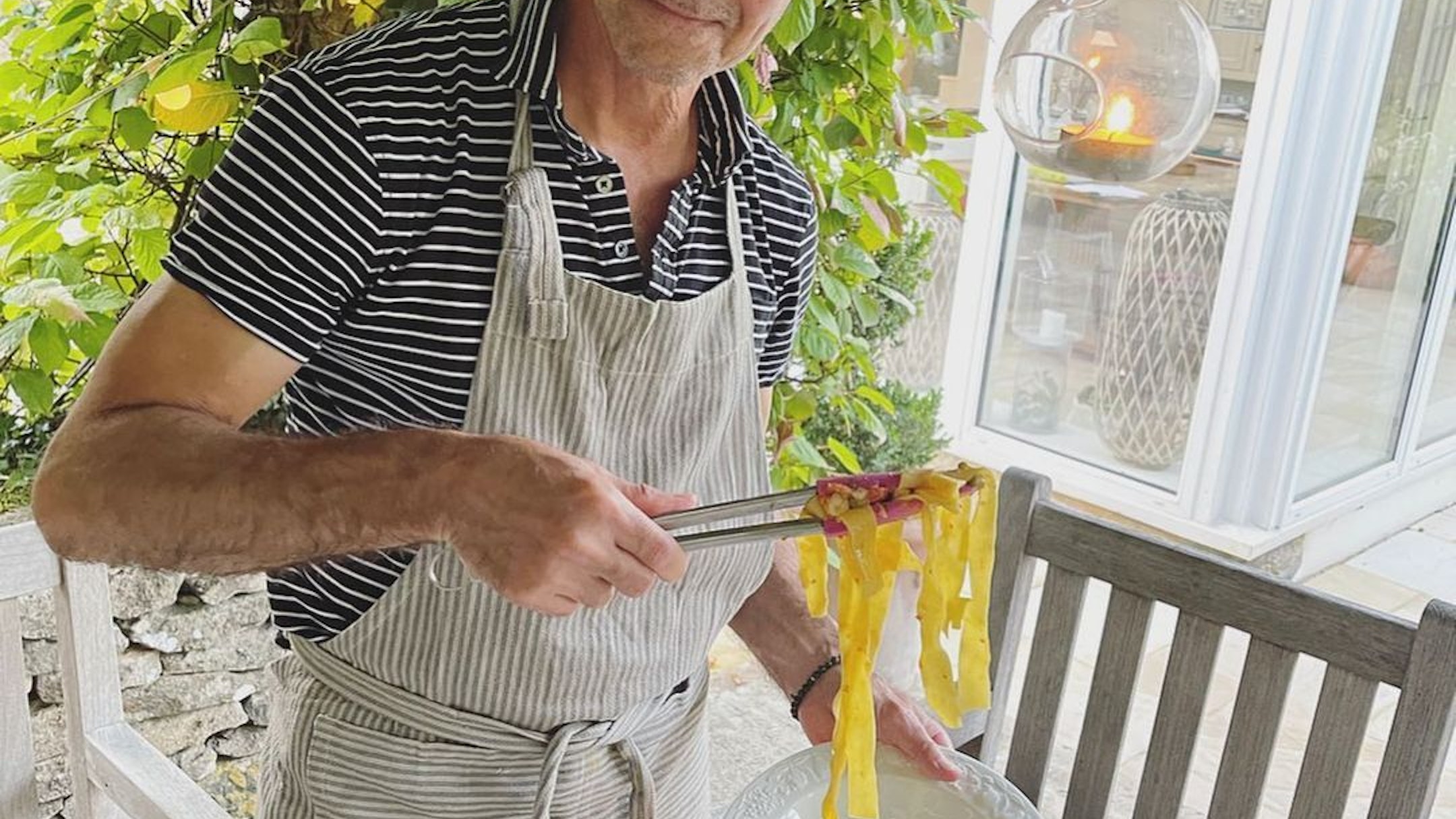 Stanley Tucci Is The Food Hero We Deserve

Stanley Tucci is a proper serious gourmand and his new series, Searching for Italy, is must-watch television. 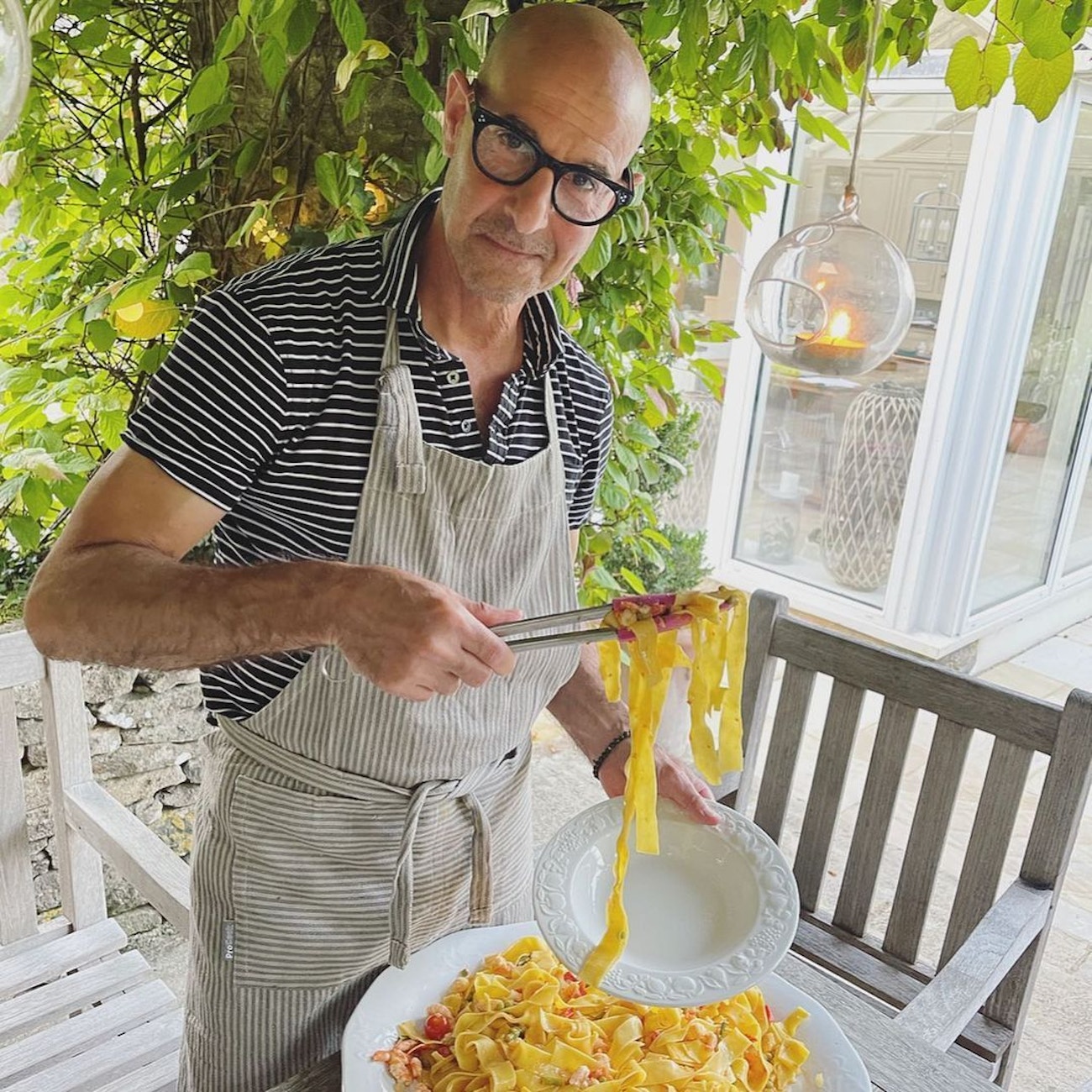 If you get anything from this article, it’s this: watch Stanley Tucci’s Searching for Italy. I’m more than happy for you to close this tab and never think about me ever again if that’s what it takes to get you to watch Stanley Tucci gallivanting across different regions of Italy, showcasing everything from the culinary prowess of the pasta-heavy Emilia Romagna to the conflicted history of pizza-loving Naples. The six-episode first season (produced by CNN) has just arrived on BBC iPlayer and I’ve already binged the lot. If you want the approval of someone who’s not me, the show was awarded an Emmy for outstanding hosted nonfiction series. So there.

As is it is with any person that dips their toe into food-based documentary-making, comparisons to the late, great Anthony Bourdain have already started coming thick and fast. That’s not a surprise considering that this is CNN’s first programme exploring the genre since Bourdain’s death, but it is a little disappointing. Calling anyone the “next Bourdain” or the “new Bourdain” is a back-handed compliment and a poisoned chalice – there is, and only ever will be, one Anthony Bourdain. Calling someone the “next Bourdain” immediately sets them a near-impossible bar to reach while simultaneously diminishing their agency and cutting their career off at the knees before they’ve even begun.

It’s bad enough to slap that label onto someone merely trying to help people learn more about food, let alone on a talented individual like Stanley Tucci. Because Stanley Tucci isn’t the “next” anything. He’s the first Stanley Tucci: a gem of an actor who’s made innumerable people (myself included) laugh and cry through his roles in films like Big Night, Supernova, and The Devil Wears Prada. That should be enough of a selling point for anyone.

Let’s not beat around the bush though – Anthony Bourdain changed television documentary making for good. No Reservations, The Layover, and Parts Unknown all showed the world how it was done when it comes to television production and underlined how food could be used as a lens for so much more than panning shots of Michelin star table spreads. Parts Unknown, in particular, was as informative as it was entertaining; Bourdain expressed a genuine sense of adventure and optimism about the world while never glossing over the harsher realities of the situation. No one can ever replicate the impact Bourdain had on the culture. But it’s in the continuation of that balance between entertainment and education, and that unrelenting passion for uncovering the roots of cuisine, where Tucci treads similar territory.

The pacing is excellent, the cinematography is gorgeous, and I can guarantee that the Italian tourism board are very, very happy about how idyllic the country is made out to look. That’s not to say that Stanley shies away from Italy’s darker underbelly though. The Camorra’s tight control of Naples and the devastating impact that Mussolini had on the entirety of the country are both subjects that Stanley tackles head-on. And he's got a lovely head, at that.

Too many travel programmes fail to capture the true essence of a country and its inhabitants. I’m pleased to say that Searching for Italy isn’t one of those shows. Bring on season two.