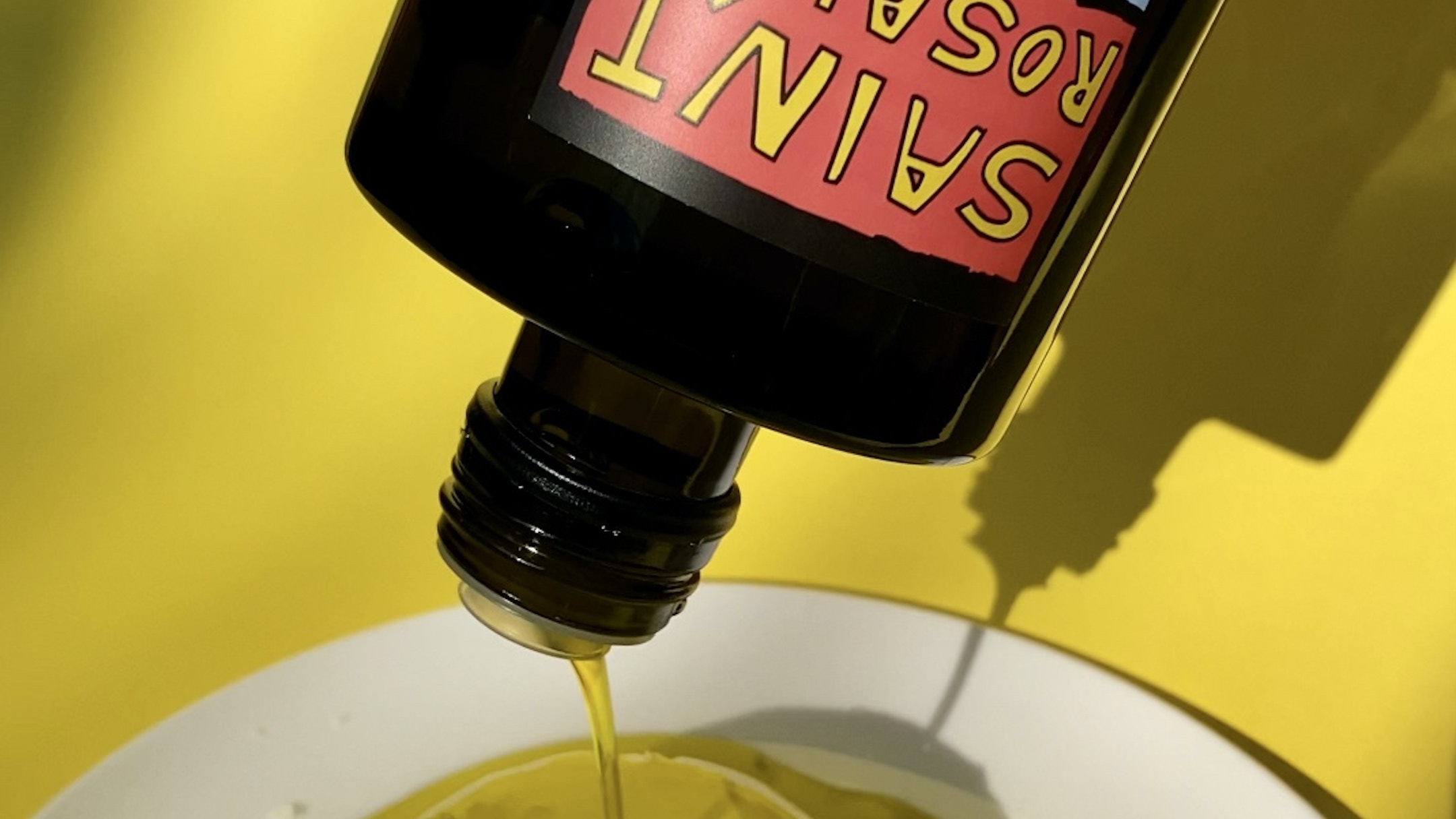 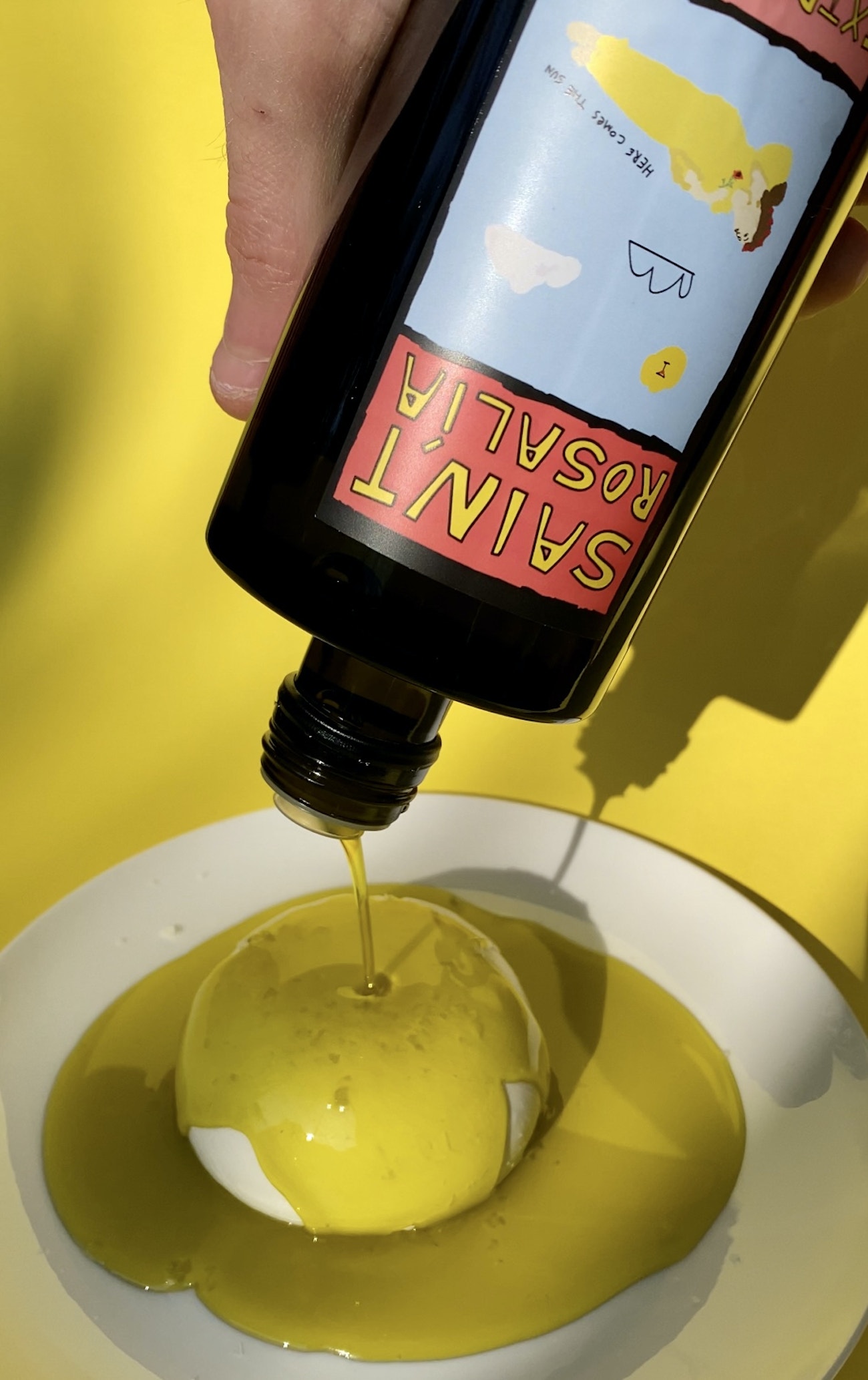 Choosing olive oil in a store can be overwhelming. We're faced with a wall of conflicting bottles, each proclaiming to be "freshly pressed!", "single estate", or made from "100% Italian olives!"

Let's assume we're buying extra-virgin, or EVOO as the real pros call it. EVOO is – in theory – 100% olive juice that’s been extracted solely by mechanical means (i.e. crushed), rather than using chemicals to extract the juice from later crushing.

As you probably know, not all extra-virgin is created equal, so why are they so different in price? And what should we be looking for on the label?

This is the best indicator of quality. Olive oil is essentially a fruit juice, made by pressing the juice from olives, with (hopefully) nothing added. It's best when it's fresh, so if you want a great oil, it's gotta be from the most recent (2021) harvest – which happens once a year, roughly between October and December.

The taste, aroma, pungency, health benefits (concentration of polyphenols) all deteriorate with age.

If a bottle doesn't display the harvest date, it might be from an older harvest. If your local shop is still selling old harvest – try and ask for a discount! I’d say around 30% off would be reasonable at the moment.

This is a tagline you'll see on some of the more expensive oils.

Around the Mediterranean (where 99% of the oil sold in the UK is from, probably) olives are harvested roughly between October and December each year. "Early harvest" refers to olives harvested in October or even late September when they're just ripe and still green. This produces a higher quality oil with a higher concentration of polyphenols.

As the olives aren't as juicy in the early harvest period, they produce less oil. So the oil will cost more. 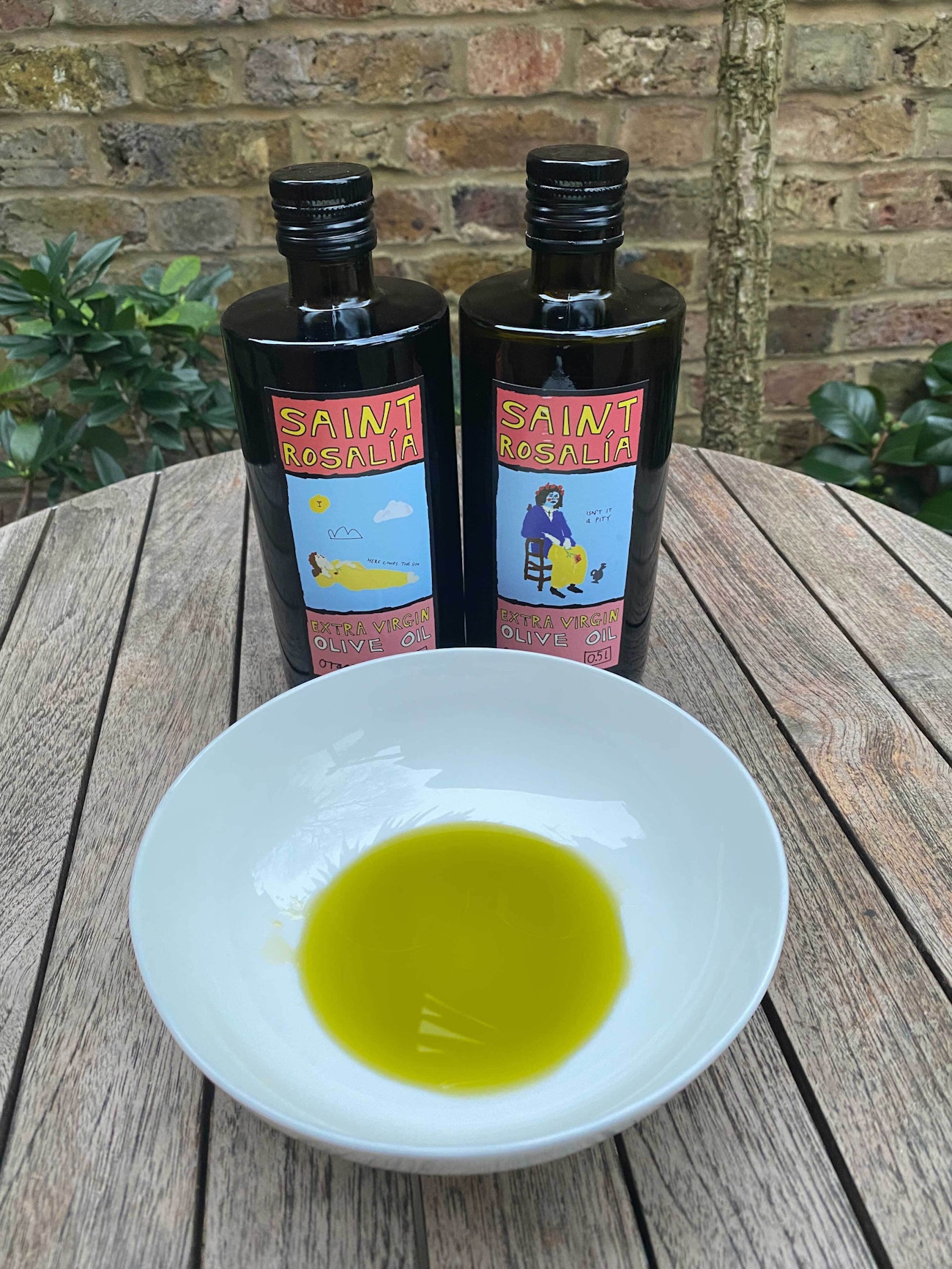 Single estate means that all the olives in the oil were grown on the same farm, which is essential to have any sort of quality control, so this is a minimum requirement for a good oil. The opposite of "single estate" is the phrase "a blend of oils of European Union origin", which you'll see on cheaper bottles. We don't know what's actually in these, sadly it's very common practice to mix in cheaper vegetable oils somewhere in the supply chain. This brings me onto...

Olive oil is one of the most adulterated food products in the world. It's estimated that 80% of the olive oil on supermarket shelves is 'fake'. "Watering down" extra-virgin olive oil with cheaper vegetable oils is common practice. It's gotten much better, but the industry is still woefully unregulated. To make a cheap EVOO, corners are usually cut, and most shoppers don't know the difference.

The greener the better, right? Not necessarily. This is one of the biggest olive oil myths out there. The colour will tell you nothing about an oil's quality. It'll differ based on factors like climate, soil and the olive variety! This is why in olive oil competitions, sommeliers (yes, olive oil sommeliers are a thing!) sip from blue cups so they can't be influenced by the oil’s colour!

The lower the acidity, the better the quality of the oil. For an oil to be called "extra-virgin", it must have an acidity below 0.8 degrees. It's an indication of how many beneficial health properties are present in the oil since these degrade with oxidation – olive oil’s number one enemy!

There are hundreds of olive varieties around the world, with over 400 in Italy alone! Each one produces an oil with different characteristics. Most olive oils come from the same handful of varieties, either because they're easier to grow, are juicier or have a great taste. This narrowing down unfortunately discourages biodiversity in the Mediterranean and encourages monoculture environments. If you're buying an oil made from a rarer olive variety, it may be more expensive to produce, but it will be more unique!

Like wine, it's down to personal preference and how well it pairs with different foods. But there are some things to look out for:

A good balance of these three things will make a great, well-rounded oil.

Is Italian Always The Best?

Wherever you've been on holiday you've been told something like this: “we have the best olive oil in the world. Believe me, you will never taste anything like this. Look at her,” they will say, gesturing towards some ever-present OAP, “she is 105 – she drinks this every morning and is running marathons every weekend". You've never known local pride like local olive oil pride. It's a religion for the people of the great Mediterranean sea.

Italian olive oil probably has the best reputation. Over the years, Italians have probably done the best at marketing their oil around the world. Likely due to the popularity of Italian food.

In Spain (where our latest oil is from!), they love nothing more than poo-pooing Italian oil. Luis (our producer!) likes to remind me that during the Roman times, there is proof that in Rome they used Spanish olive oil over their own!

But in answer to the original question – no, good olive oil is down to the producer, not the country. It's also down to personal preference, you may like the taste of a particular region-specific olive variety. Climate definitely affects an oil's flavour: dry and hot climates will produce different oil to wetter and milder climates.