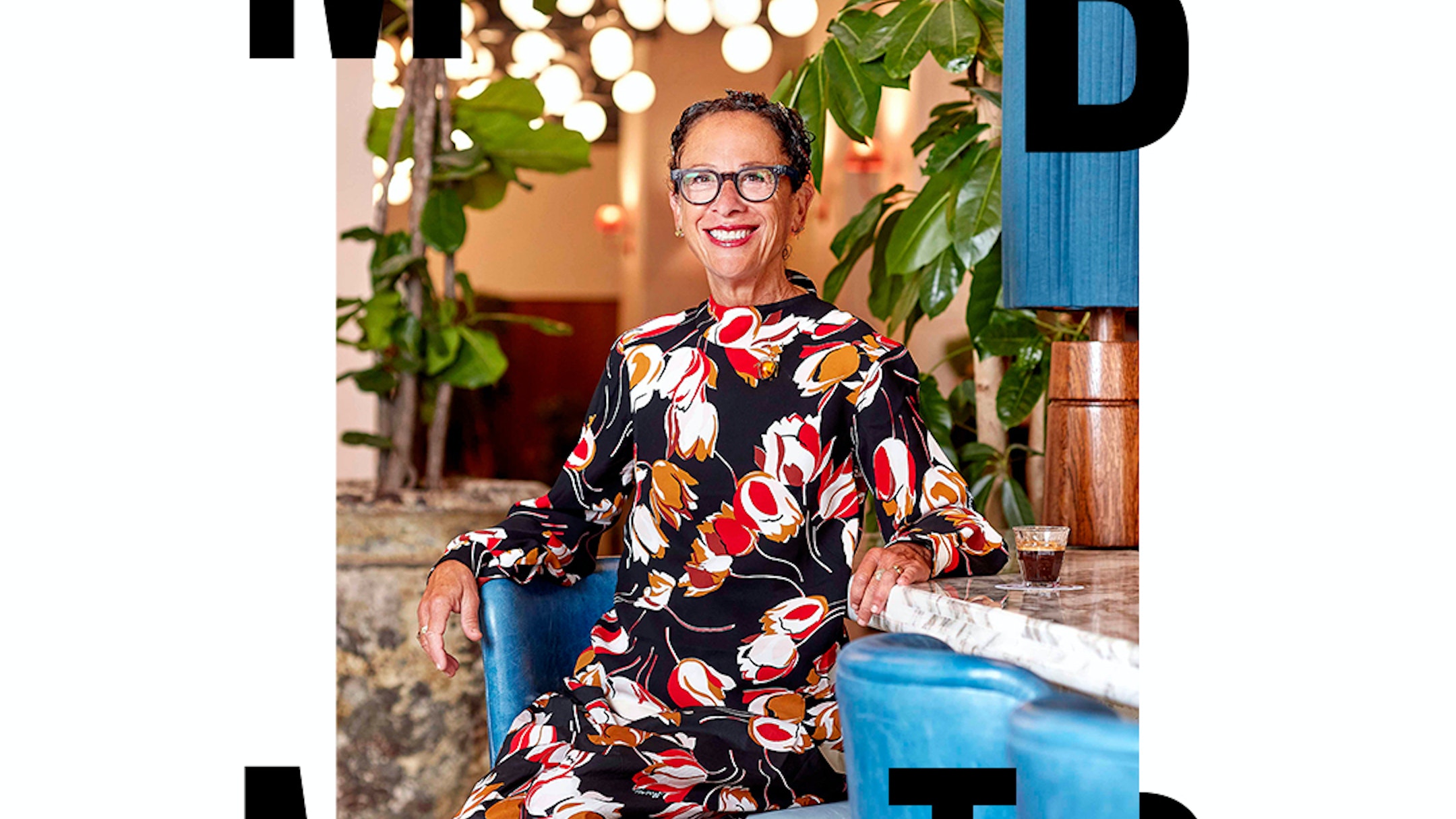 It’s hard to talk about California cuisine without bringing up Nancy Silverton. As one of the earliest champions of sourdough in the United States, Nancy cut her teeth at Wolfgang Puck’s iconic Spago before opening up her own equally-fêted restaurant, Campanile, and its adjoining La Brea Bakery. Nancy served as the head baker at the bakery and the head pastry chef at the restaurant. She didn’t do it single-handedly but Nancy helped to move American cuisine away from its Wonderbread years into an age of ancient grains and hand-shaped loaves of artisanal bread. I’m very glad that she did.

American cuisine would, quite simply, not be in the rude health it's in today without Nancy’s contributions. Though that’s not to say that all her success is in the past tense. She’s still one of the most influentials chefs you’ll find working today and having Nancy’s name above the door of a restaurant is still a guaranteed way to get asses in seats.

Nancy is the co-owner of the Michelin-starred Osteria Mozza and chi SPACCA in Los Angeles as well as the new(ish) Pizzeria Mozza in London. Having already conquered America, Nancy is hoping that Londoners will be wooed over by her pizzas which are already receiving accolades for their unique dough recipe and well-structured crusts. I was certainly won over by Nancy’s knowledge and kindness when we had a chat recently and I’m not joking when I say that I could honestly listen to her speak about the structural integrity of salad for hours on end. Here’s what happened when Mob met Nancy Silverton.

You were an early champion of sourdough. Lockdown saw a lot of people having a go at the loaves. Do you think we’ve we reached peak sourdough?

I think it's certainly been popular as far as people loving it and buying it during lockdown but I don’t think we’ve hit the peak just yet. The pandemic definitely changed the way that people started to look at certain things which they've always said that they couldn't do because they didn't have enough time. When plenty of time suddenly became available, a lot of people challenged themselves with tasks like learning how to make a sourdough loaf. Taking the time to do something therapeutic like that, and to try to find as much positivity as possible during the pandemic, was something we all benefitted from. And I think that’s why sourdough is something that's going to continue to be popular. Once you get bitten by that sourdough bug and realise that it's not actually that difficult to make, it’s inevitable that you’re going to keep doing it. I hope.

You’ve trained in London and have recently opened up Pizzeria Mozza in the city. What are the biggest differences between British and American food cultures?

I think they're actually very similar. The main similarity is that there is such an awareness about food and food culture in both countries; there’s a willingness to try new food and new places. The level of knowledge about food is also very high nowadays. That hasn’t always been the case. Back when I lived in London – this is back in 1977 when I went to the Cordon Blue – I didn’t see it as a very sophisticated or worldly dining destination. Maybe I didn't find the right places back then but, now, it's just explosive. The diversity and the quality is just fantastic. I'm loving it here.

What’s the secret to making a really great pizza? And what are you doing at Pizzeria Mozza that's different to the rest of the UK scene?

I think that the main difference, back when I started making pizza, is that I paid equal attention to the crust and what went on top. That wasn't happening as much, say, 15 or 18 years ago. Now, people expect to have a good crust and a good topping. There’s an understanding that a pizza’s not just about a great crust and lousy ingredients on top or vice versa – it's really important to pay attention to both aspects. Pizza is not just an excuse to throw a whole range of lesser ingredients on top of the dough and call it a day.

I’m guessing you're not a fan of the California Pizza Kitchen approach then?

No. I really take my pizza seriously.

Do you have any thoughts about TikTok and the new crop of recipe creators and chefs on there? Do you dabble in TikTok at all?

I don't. I can barely send an email – that's about as technologically sophisticated I am. I have come to realise, however, that social media is a really important part of reaching out to future customers. I never would have realised that's what one needs to do without the help of my team.

Do you think it’s become a little too important in the food industry?

Potentially. So often when I hear about people that are creating a new dish, the first thing they say is: “that'll be great because it's very Instagrammable” – for me, though, that's not a reason to create a dish. For me, the reason to create a dish is becayse the dish will taste good. I might be old fashioned in that way but the taste is more important to me than the way it photographs.

What’s the one thing that you think everyone – regardless of ability – should be able to cook?

It’s got to be something simple and basic. And I think that everybody should know how to properly compose a perfect salad. People think a salad is when you just take a bunch of lettuce and put some vinaigrette on it and just throw some mushrooms and tomatoes in there. But that's not the case. You really need to think about so many aspects. Just like when you make pasta and you've got to choose the noodles that are best going to complement the sauce, when you choose a lettuce, you've got to choose the proper vinaigrette to complement that lettuce. You have to start thinking about the shapes and textures and flavour. A salad is not easy to make. A proper salad is really hard to make.

What’s your favourite song to listen to while you cook?

That's a really hard question. I'm a little bit old fashioned and more traditional in that I never really listened to music when I cooked in kitchens. I go into the kitchens today where the music is loud and you see all the cooks really cooking along to the music. That's great but it's not for me. The place where I do the most amount of cooking is in my house in Italy. I love to wake up really early in the morning and cook all day for the evening's meal. I always start off my mornings there by listening to classical music. I love the peacefulness of cooking to classical music as opposed to the heavy rock ‘n’ roll and loud music that it seems a lot of younger cooks love to listen to because it really gets them in the mood. I like to start out slow with classical and then I’ll move onto something that involves one person and one instrument. Like, say, Neil Young or Elvis Costello.