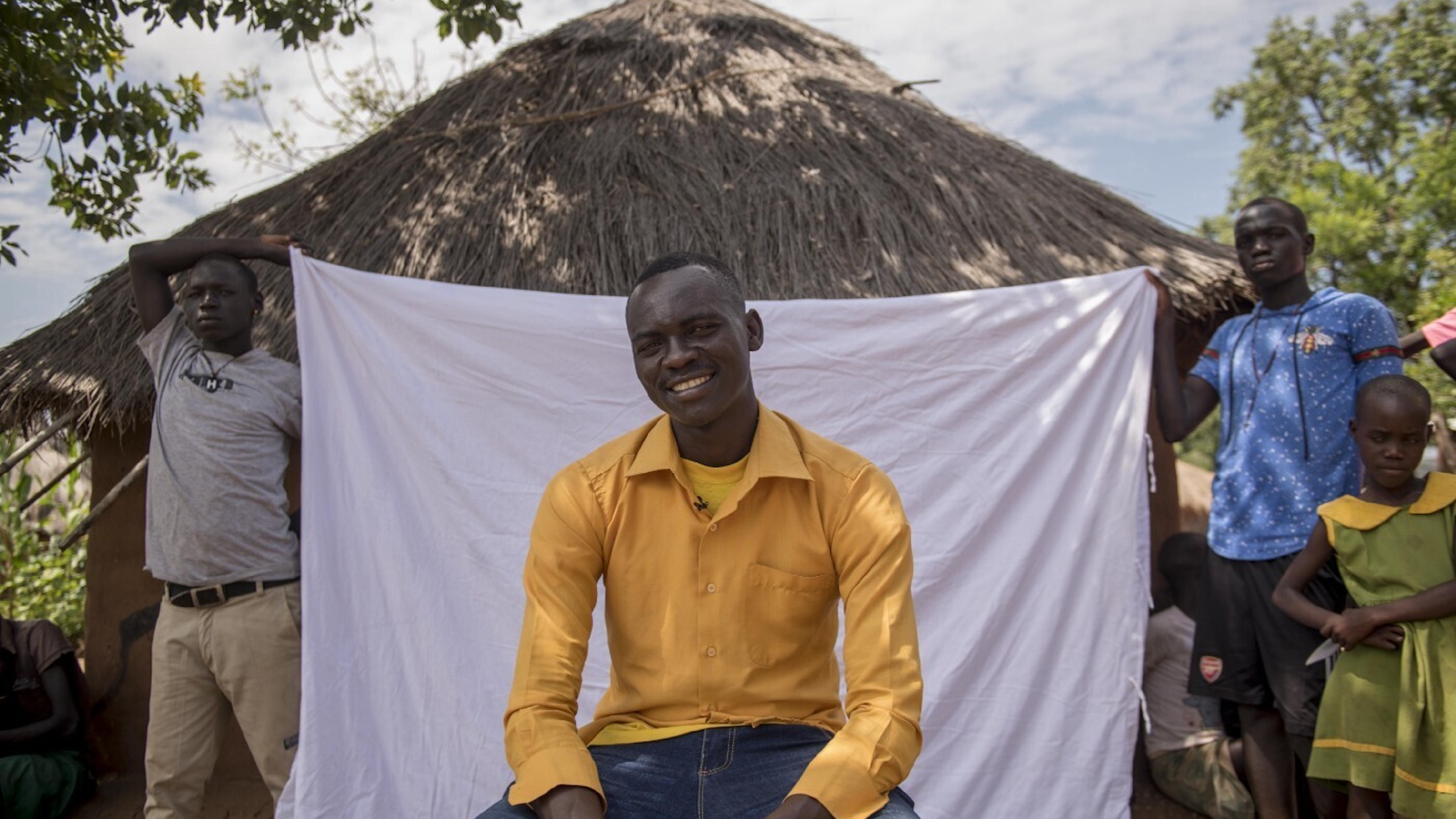 As a WFP Storyteller in Uganda, Malish James has made it his mission to show you what life is like in the Bidibidi Refugee Settlement. This is his story. 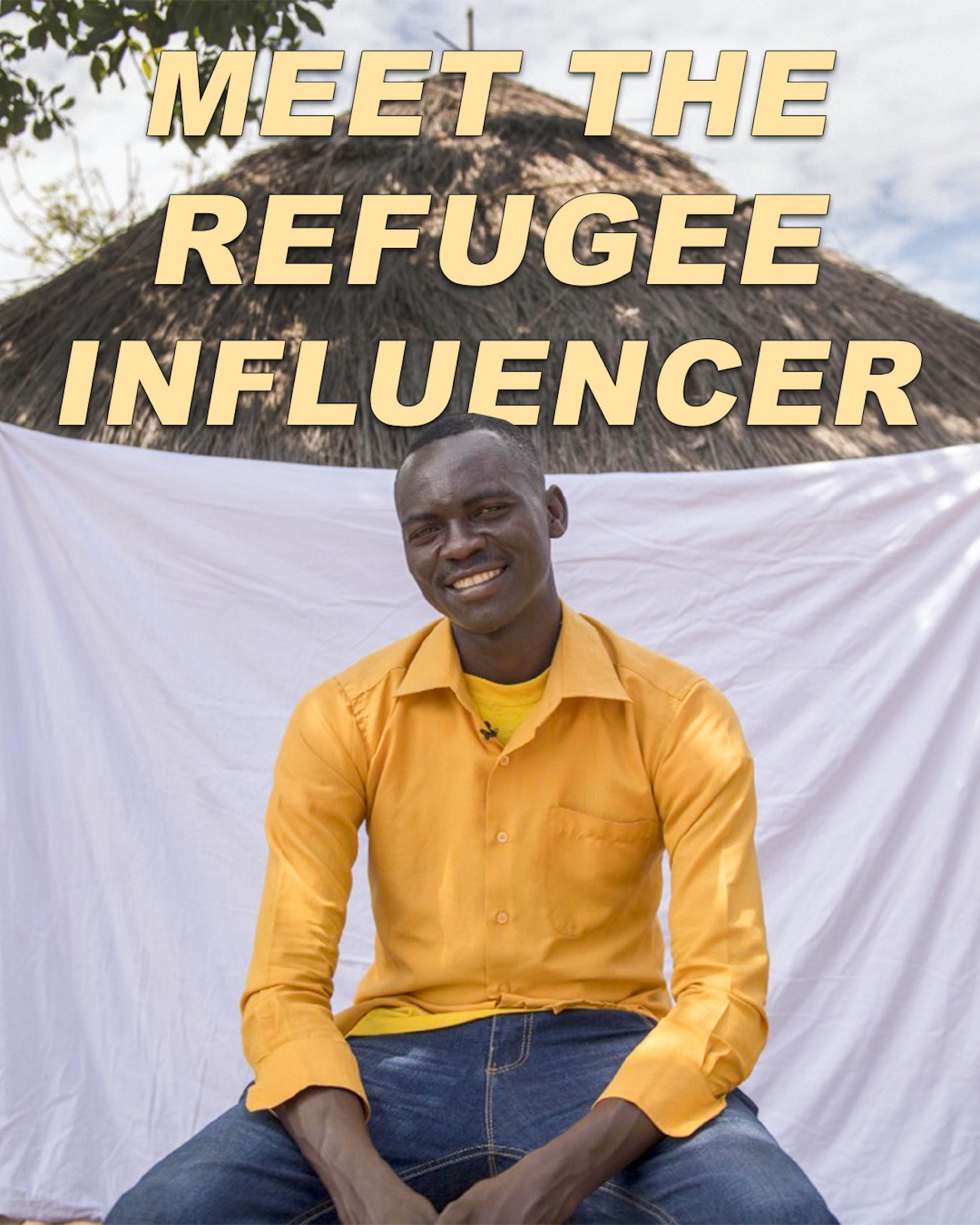 A cockerel crows, letting out a high-pitched guttural shriek, to interrupt Malish James’s train of thought. He can’t remember exactly what he was just about to say but he’s certain it was something to do with increasing the engagement on his Instagram. While that’s not exactly something unusual for an influencer to be talking about on a Wednesday afternoon, Malish James has got a story that sets him a world apart from most of your favourite IG feed fillers. In fact, it sets him roughly 3,784 miles apart from the west London flat that I’m Zoom-ing him from.

Malish lives in the Bidibidi Settlement – a refugee camp located in northwestern Uganda that’s home to over 270,000 South Sudanese refugees. At one point in time, it held the distinction of being the largest refugee settlement in the entire world. As a WFP Storyteller, Malish is just one of the many refugees that was trained by the World Food Programme in journalism, photography, videography, and social media. It’s that training which has allowed Malish to show us life in Bidibidi Refugee Settlement through his eyes. And allowed for people like me to scroll through his feed while I binge-watch episodes of Bridgerton. Using nothing but the camera on his smartphone, Malish captures the stories and lives of the refugee mothers, children, and all of those who live in his local community. As well as his Instagram (@malishj104), Malish also runs a Facebook blog called Daily Refugee’s Stories.

“I think that, among all the people that were trained, I was the one who took it most seriously. Because doing this is a voluntary thing, it’s a lot to do with your own will and determination,” says Malish when I ask him, post-cockerel crow, how he has benefited from the WFP’s Storyteller initiative, “other people might have seen it as a minor thing and dropped it. But I felt it was an important thing to do, so I stuck with it. And the more I kept on doing it, the more I became engaged in many things that I never knew before. I've been introduced to journalists from the BBC and journalists from Portugal.” He’s even been introduced, via the magic of Zoom, to food and recipe website editors.

Malish left his home in South Sudan, the country where he was born and raised, and became a refugee on the 6th of August 2016. “The situation in South Sudan, at the time, was bad – really bad,” says Malish, “we had to run out because the civil war had already killed thousands of people and those who weren't already killed were suffering from famine, hunger, and food insecurity. That was what forced us to flee to Uganda. Food is life and without it, you simply cannot live.”

Passing dead soldiers and civilians along the way – some he recognised, countless others that he didn’t – Malish walked kilometres to reach the relative safety of Uganda. It might not have been home, but Malish admits that he felt an almost instant change within himself when he crossed the border. “When we entered Uganda, we felt free."

Food, that life-giving stuff we all know and love, was provided by World Food Programme workers along with a sense of security and peace of mind that Malish wasn’t afforded back home. Though, that’s not to say that going through hell and back had stopped Malish’s refined palate from working. “When we came to the border, we got given a plate of beans and maize and grains. That was ready-prepared for us when we arrived – though it was not as well-prepared as one would imagine, if you know what I mean! The beans were watery and there was very little oil. But we ate it and we were grateful because it was the first thing we’d eaten in a long time. It may not have been delicious but it really helped so much.” 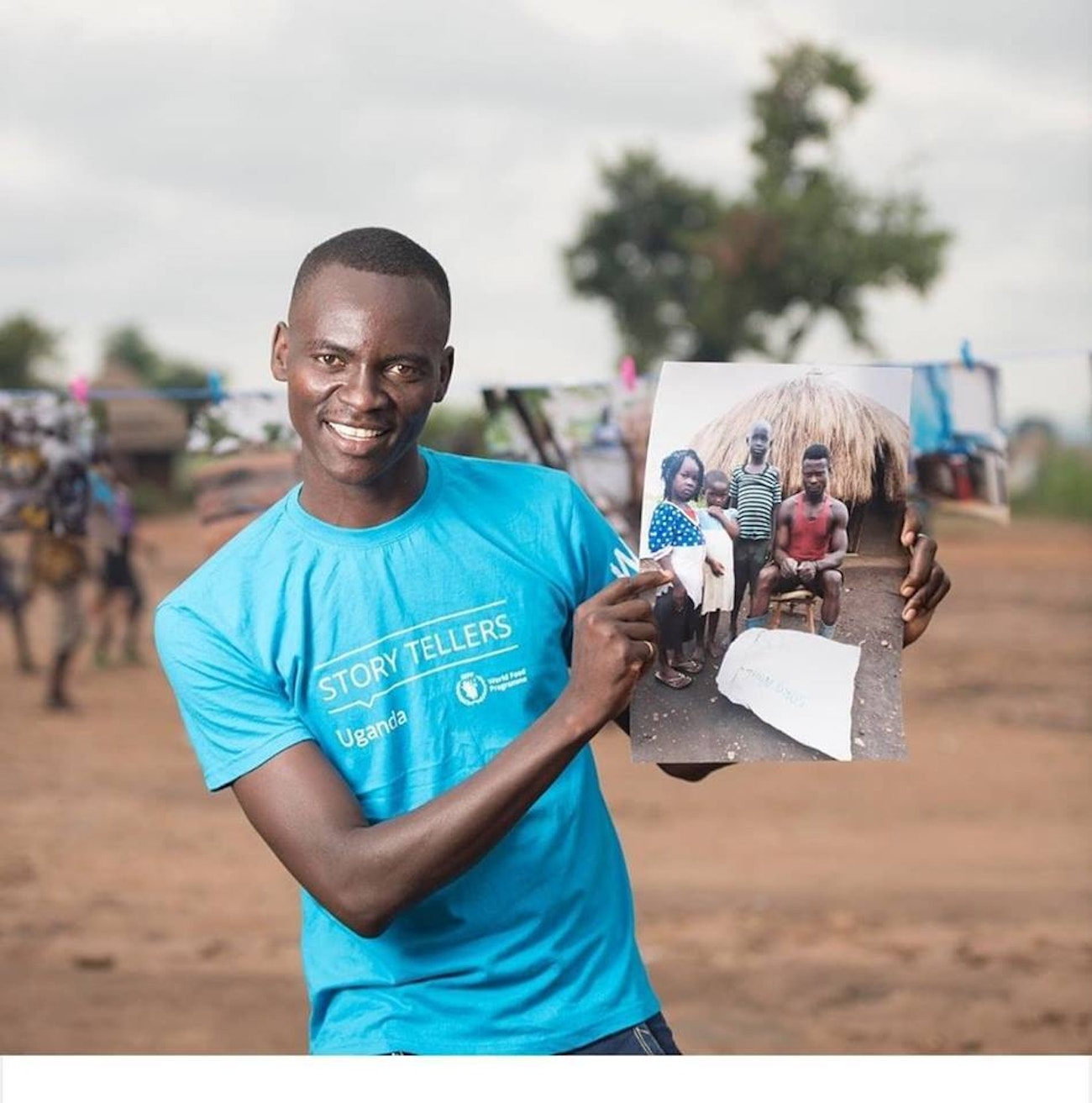 It’s easy to forget scrolling through Instagram, especially ones proliferated by #foodporn and over-saturated shots of stacked burgers like my own, that food poverty is still a monumental problem. There are many people out there who, like Malish and the rest of the Bidibidi settlement, have been forced to leave their homes because of a lack of access to nourishment and food. 690 million people still go to bed on an empty stomach each night and acute food insecurity affected 135 million people in 55 countries in 2019.

There is no quick fix to food insecurity – and it’s going to take a wholesale shift in the way that our global food cycles work in order to help eradicate it for good – but for a refugee to be given agency over their appetite again like members of the Bidibidi settlement are? Well, that small change can make a massive difference.

“We are given maize flour, beans, and cooking oil and we've started getting a better life now because we're able to prepare food for ourselves. We're also able to build a relationship with the host communities around us,” Malish explains, “we exchange goods with them, so they'll come with fruits like mangoes and oranges and we’ll keep on exchanging with them with the food we have. We give them maize, they give us oranges. Because we have no money at the moment, we sell some of those oranges to get the money we need to buy onions and tomatoes so we can prepare a nice meal.”

As Malish relays the array of dishes that they’re capable of preparing in the settlement, I’m astonished by what can be achieved through a bit of entrepreneurial spirit and a desire for a good meal. While Malish admits to missing the food of his homeland, the dishes that remind him most of childhood, he’s slowly growing accustomed to his new diet in Uganda.

“The way food is prepared here in Uganda is a bit different. They're things that we've got here which we don't have back in our homeland like matoke and kikomando – a chapati that's cut up and served with beans. In South Sudan, we would only eat bananas like a fruit but here we found that they like to make it into a meal and cook it down with a sauce. It's different to what we grew up with but now we're getting used to the way they cook."

Whether it’s through a video of freshly-dug sweet potatoes or a photo of a blind woman preparing greens for lunch, Malish has used his social media presence and his position as a storyteller to pull back the curtain on the refugee experience via the food that they eat. Malish uses food as a lens through which outsiders like myself can get a glimpse into what life is actually like in the settlement. Food is, after all, endlessly political – what you eat and where your food comes from is something that underpins every society on the planet – and it’s hard not to be moved by Malish’s photos. This isn’t an overly-manicured shot of the ‘roni cups on your pizza slice – it’s a matter-of-fact documentation of the everyday struggles to make ends meet. It is important work.

"I use my own smartphone to take all my pictures on and I like to photograph food, especially, as well as other things happening locally so I can share them on Facebook and Instagram,” says Malish, “I'm also on Twitter but it's Instagram that works best; it attracts so many people and I can get a larger audience who can view and comment from all over the globe. That's why I like it so much – it's worldwide!”

In order to find out more about his storytelling process, I asked Malish if he’d speak about some of my favourite photos of his. He was kind enough to acquiesce to my request:

"Ah, yes, I took this photo a while back. One of the youths in the camp was celebrating his daughter's birthday – the girl was one year old – and he was celebrating her first birthday with this meal. It was a nice moment and I wanted to capture it.”

"I took the picture of the boy because, here in the settlement, it's rare sometimes for someone to be making their own bread. Buying sugar is even sometimes challenging for some family members. So is buying grains. I had the opportunity to capture something rare, here, and I thought I would share that with the world."

It’s hard not to feel self-conscious about my own Instagram, which parades whatever trendy London takeaway I’ve been eating to my peers, when talking to Malish. His ambitions for the platform are a lot more wholesome than increasing his social clout.

"What I want to do on Instagram is share all the stories of the people around me. I feel like there are so many stories which aren't told or those which people don’t come across often enough. I just want to share more about these people and tell their stories and I think I’ve got an opportunity to do that on my Instagram page. I want to make it become a big platform in the future.”

Seeing influencers top up their suntan in Dubai and shill fat-burning supplements to the masses can make you lose sight of the ability that these platforms can have to impact genuine change. I think that it’s important to remember just how democratic social media can be when it’s used correctly and effectively. “Doing all this gives me a really good opportunity to tell my story,” says Malish, “it might look like something irrelevant but I take it seriously. I've even opened my small organisation for youths [Saidu Community Service] here in the settlement. That’s all happened because of the stories that I’ve been sharing online.” Being able to tell his own story has given Malish James so much more than that instant endorphin rush of likes and comments.