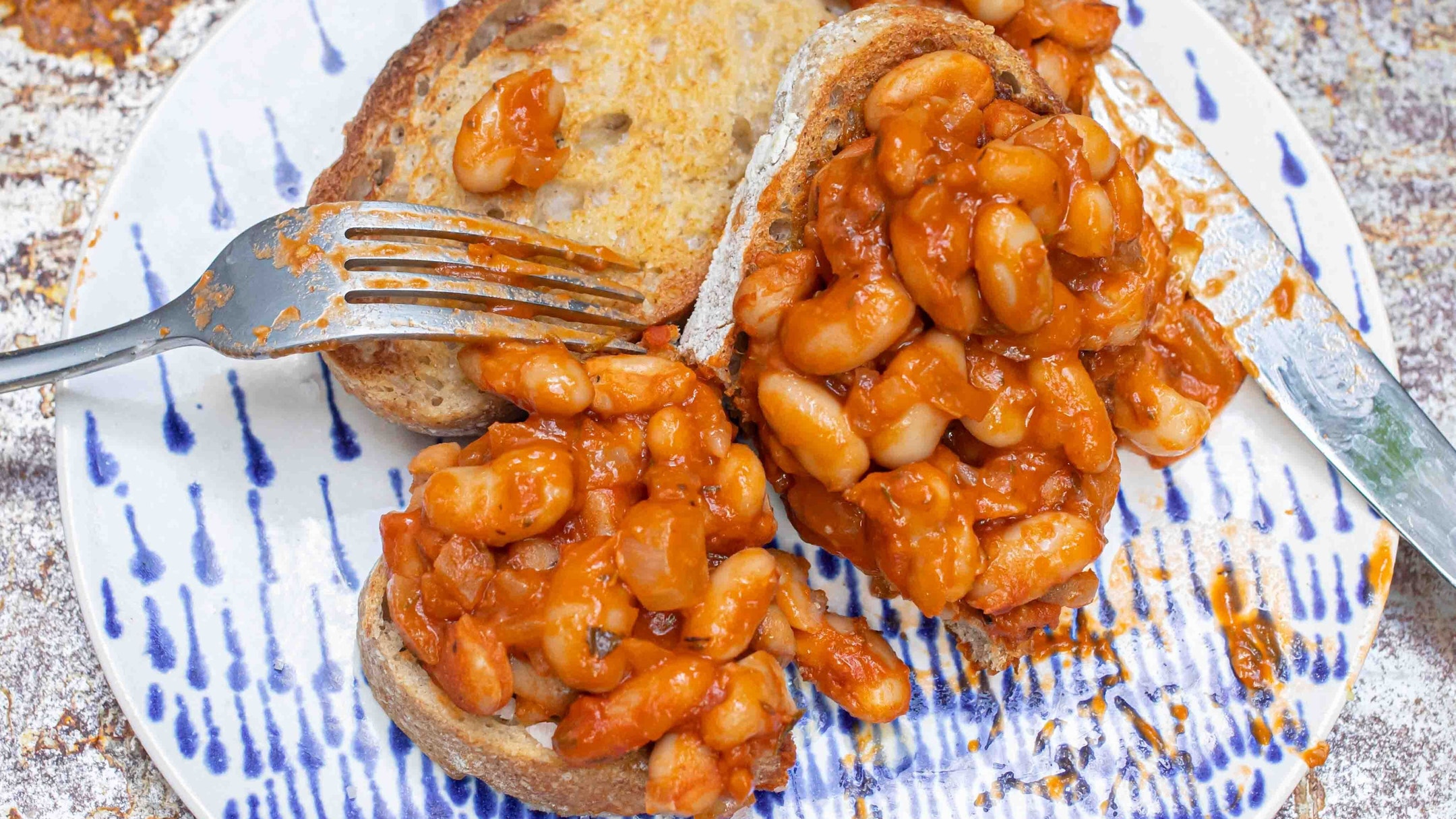 It doesn’t have to be Heinz. These homemade baked beans beat shop-bought on flavour, nutrition and cost. 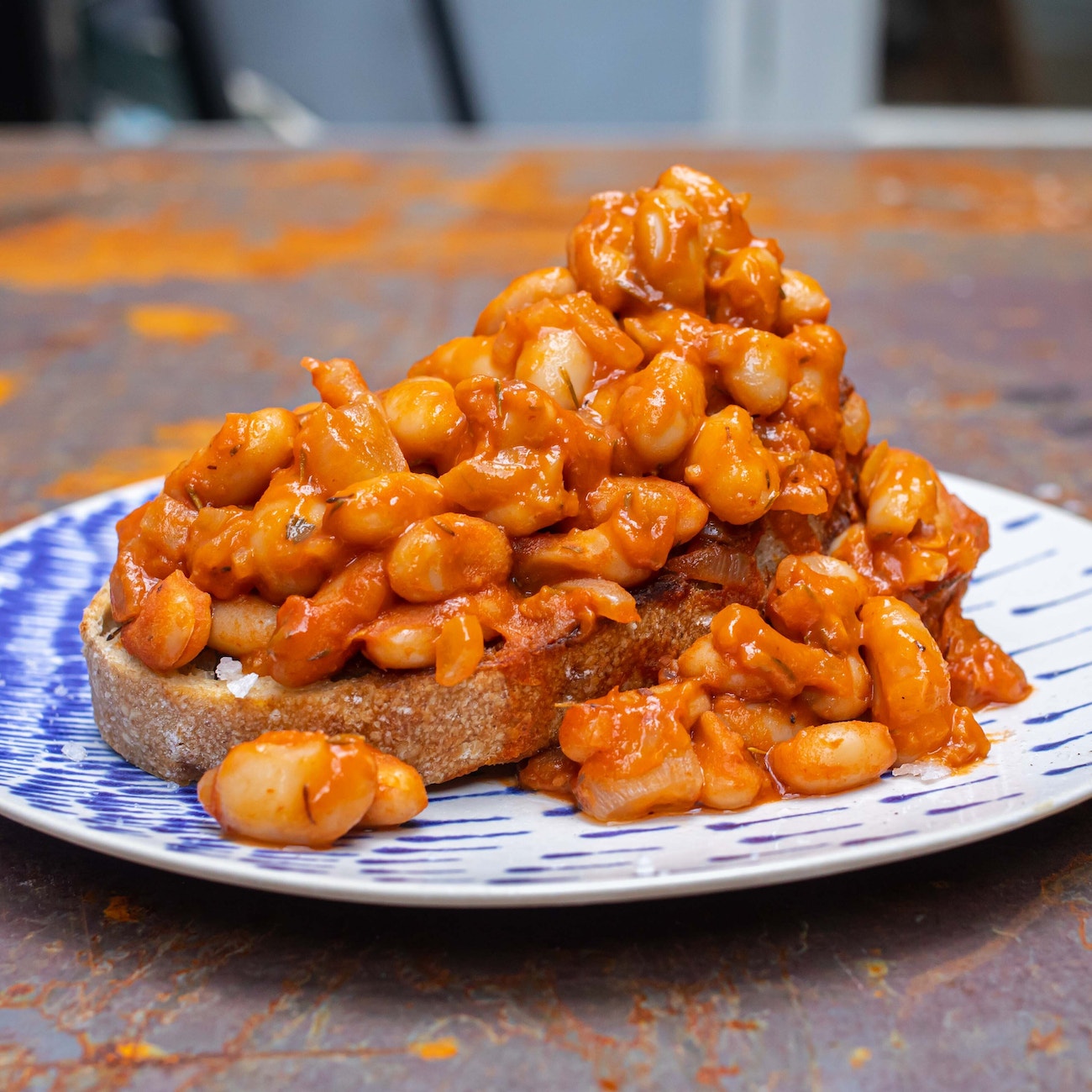 Homemade beans. Beating Heinz on flavour and nutrition. Trust us and give it a go.

For years I considered homemade baked beans the preserve of the worse kind of foodie: you know, the kind who name-drops their sourdough starter and makes a point of the fact they’ve ‘never been to McDonald’s, not even after a night out.’ For one thing, the very concept of making your own baked beans from scratch sounds like a contradiction in terms. Surely the whole point of the meal is that it comes in a can, is quick and easy, and taste like your childhood I’d argue, to anyone who cared to listen. But then lockdown came and, like everyone else, I got a bit bored.

Turns out that when mealtimes are the sole focus of each day, you’ll try anything for a bit of a challenge – including playing Heinz at their own game. After all even the least culinary inclined of us will admit to pimping our beans with cheese, Tabasco, Marmite and the like. Why not go back to the drawing board? Delving into their history (well, Wikipedia) it seems baked beans as we know them aren’t baked at all, but stewed – and that tomato sauce is only a relatively recent addition. For centuries they were stewed in pork, spice and molasses, and you can still find this style of beans – now known as Boston Beans – on the menus of American restaurants. Only since Heinz started exporting their canned beans to the UK in 1886 did their recipe evolve into the lurid, tomato-ey gloop we know and love. 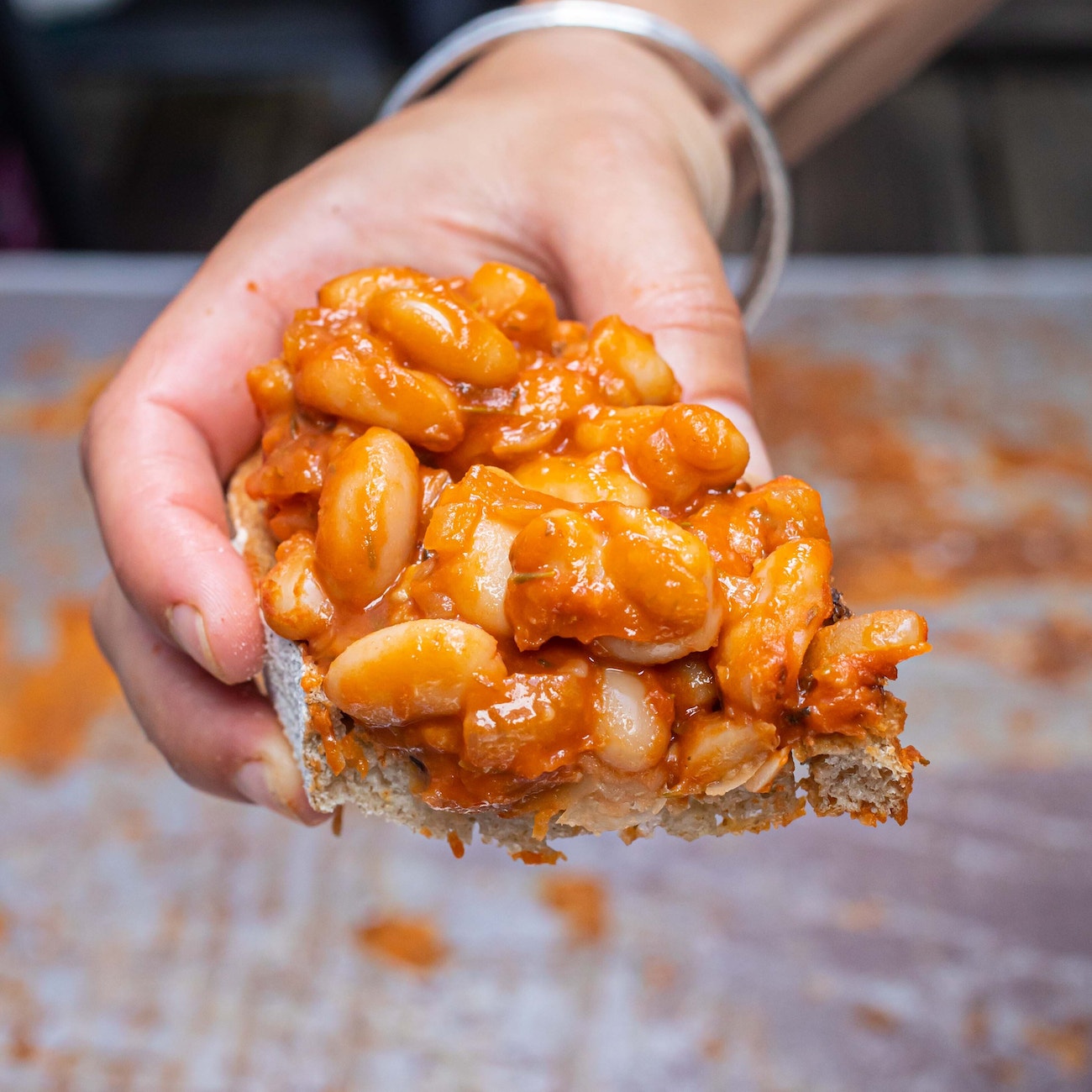 Not only does it taste brilliant but this one's also vegan. A simple stew job.

There are recipes for beans ‘baked’ in stock or fat, and they’re worth exploring; however, in the interests of recreating what we in the UK regard as classic beans, I’ve stuck with tomatoes – which means it’s also vegetarian and vegan. The other benefit of this recipe is that it is endlessly variable: if you like yours sweeter, you can up the sugar; spicier, up the paprika; thicker, cook it for longer with the lid off or add less passata. Make it a few hours in advance , if you can, so the flavours meld together – and make it in batches so you’ve got some on standby for the days when you’re stressed, late home from work, and just want a dinner you can bung together with your eyes half shut.