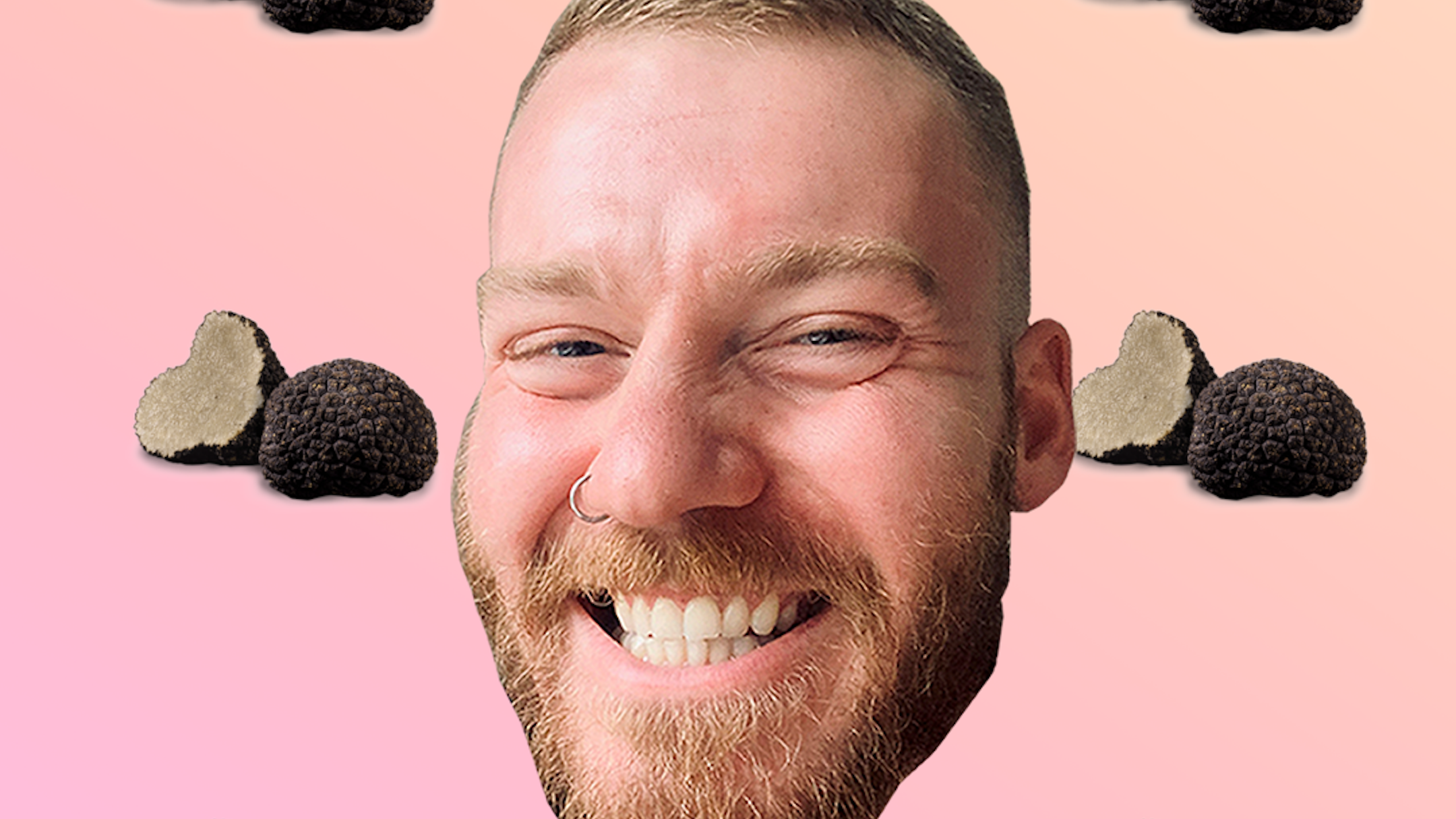 Adding truffle oil to a dish is an instant way to ruin it. It's overpowering, artificial, and doesn't taste even remotely good. Those are the facts, MOB. 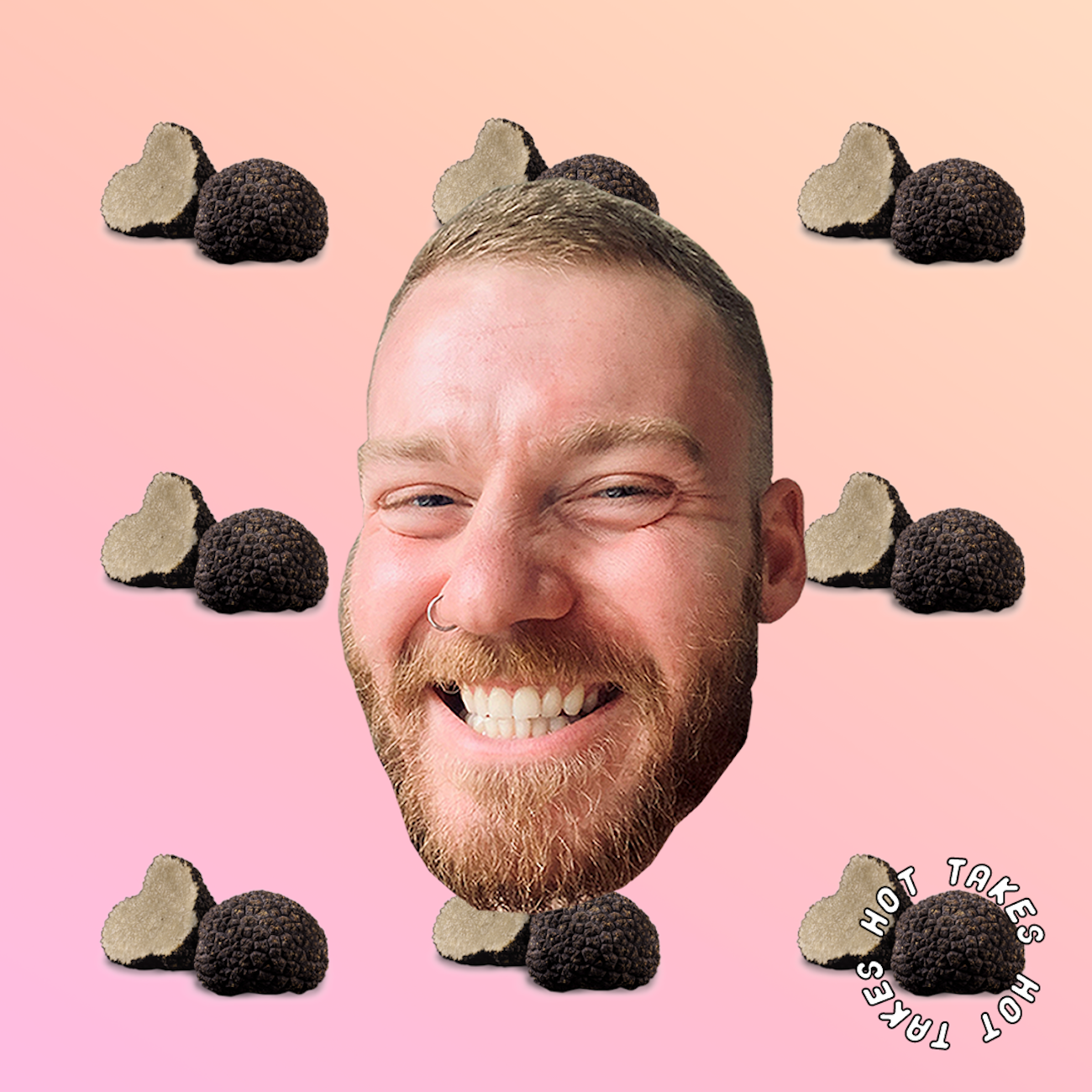 You know when you’re walking next to a busy junction and some man (let’s face it, it’s always a man) in a flashy car hammers it well over the speed limit to make an amber light and you think to yourself: “what an absolute tit.” Well, that’s sort of how I feel whenever I see someone dousing their food in truffle oil.

Truffles have been used to impart an earthy flavour, and add an element of luxury to dishes, for centuries. That’s why I have no problem with actual truffles. I can’t really afford them but I can completely understand why some people seek them out; part of their value stems from their scarcity and the fact that you’ve often got to get trained pigs involved to seek them out is just as brilliant as it is bizarre.

What I cannot abide by, though, is truffle oil. It is simply far too much – an overwhelming and one-note crux that’s only really used by hack chefs and home cooks who are trying to mask the flaws of their cooking.

Anthony Bourdain once referred to the stuff as the “tomato ketchup of the middle class,” and you can always trust Bourdain to call out a food trend when he sees one that’s peddling snake oil and chatting shit down the pub. I’m also well aware that complaining about truffle oil is, in and of itself, a very middle-class thing to do. There are myriad people out there who have likely never encountered truffle oil nor been in the highly privileged (yet gastronomically unfortunate) situation of eating a plate of bucatini that’s been drowned in the stuff.

I’m under no false pretences about how wanky all of this probably makes me sound. But I guess I’m just sick of truffle oil being used and abused as a shorthand for splendour – it’s lazy, it doesn’t taste remotely pleasant, and I’m convinced that the only reason people pretend to enjoy it is due to its perception as a “luxury” product. I don’t mean to generalise here but, let’s be honest, the kind of restaurants that tend to put much truffle oil on their food and are also the kind of restaurants that are pretty much solely patronised by Russian oligarchs. Again, no offence to the oligarchs reading this.

Truffle oil simply doesn’t hold a candle to a demure shaving of a genuine truffle and the main reason for that is because most truffle oils don’t contain any truffles. Yep. You read that right. The vast majority of the truffle oil out there is artificially flavoured using a synthetic agent known as 2,4-dithiapentane. Yum.

Now, before you start writing up an angry email to me, I know that there’s nothing inherently wrong with adding chemicals to food. Chemicals are, after all, already produced naturally in most of the foods we eat. Pretty much all of them, in fact. It’s just that when it comes to truffle oil you can really tell that the end-product doesn’t bear anything but a passing resemblance – a half-glance in the mirror – to an actual honest-to-God nub of fungi. From personal experience, the best you can really hope for is that your truffle oil will at least shoot for some simulacrum of reality and include pieces of truffles in the bottle. But, even then, those chunks are often chipped from unprized, valueless truffles that impart zero flavour to the oil. They're simply there for show. A bit like truffle oil itself, to be honest.

The beauty of a truffle is that a little goes a long way. There’s a magic in how the thinnest sliver of truffle can deliver the most brutal thwack of flavour to your palate and there’s a delicate balancing act that anyone cooking with truffles has to maintain to make sure that doesn’t overpower their dish. Truffle oil takes all that balance and delicacy and throws it out of the window without even so much as a desultory "YEET". Truffle oil offers such a condensed and nasal-burning artificial flavour that its presence on a dish makes it impossible to taste anything else. Keep it away from me. 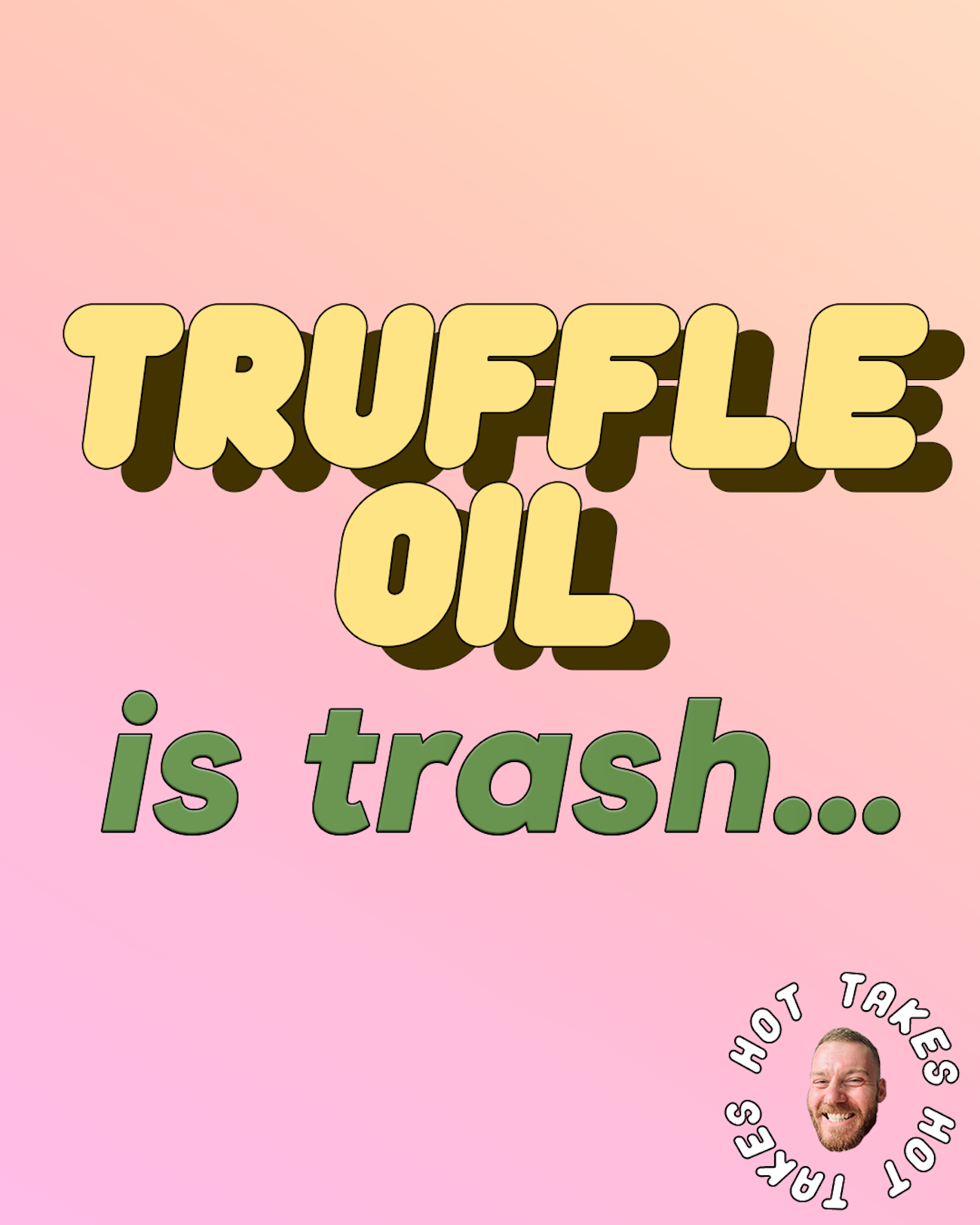