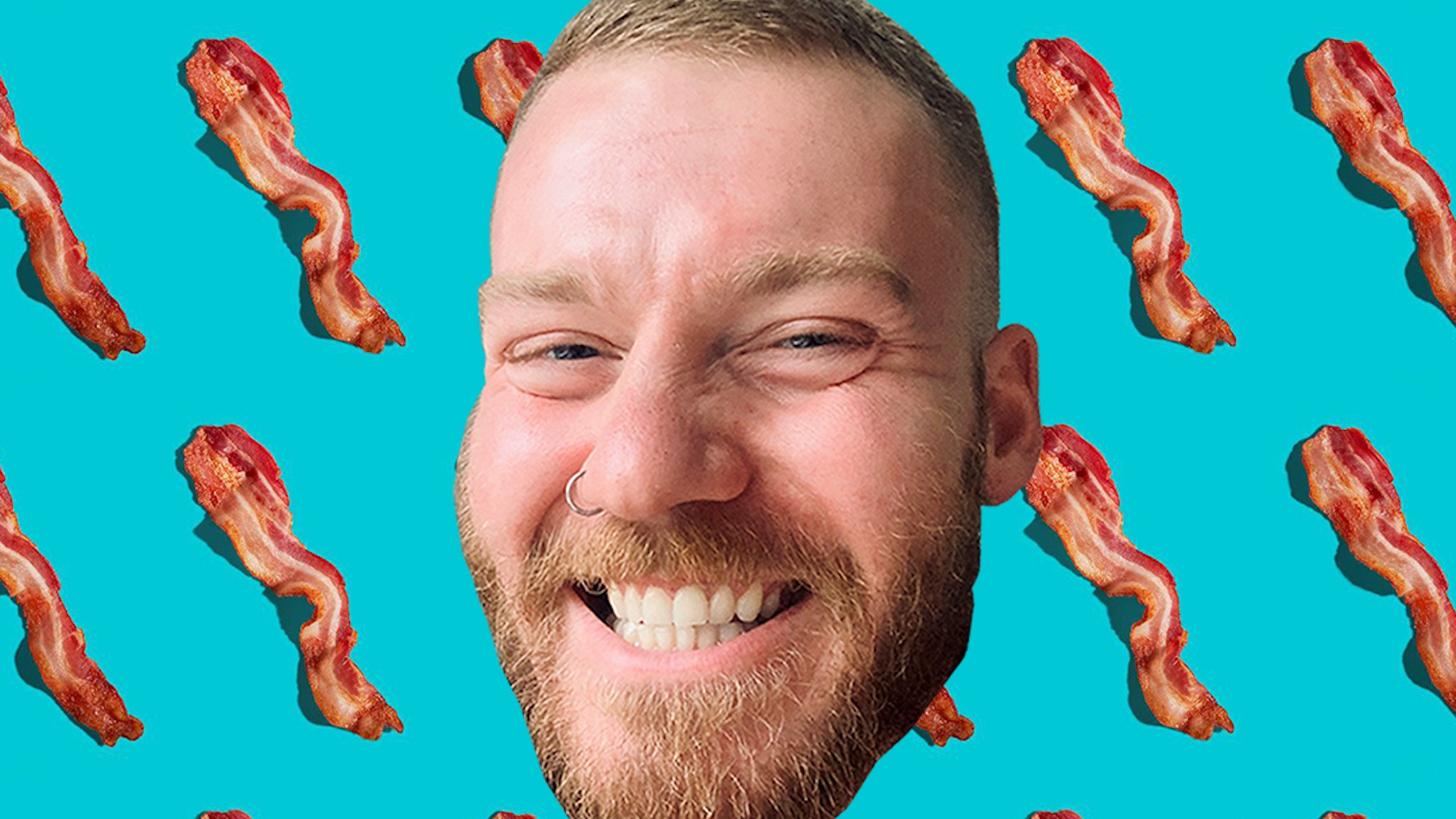 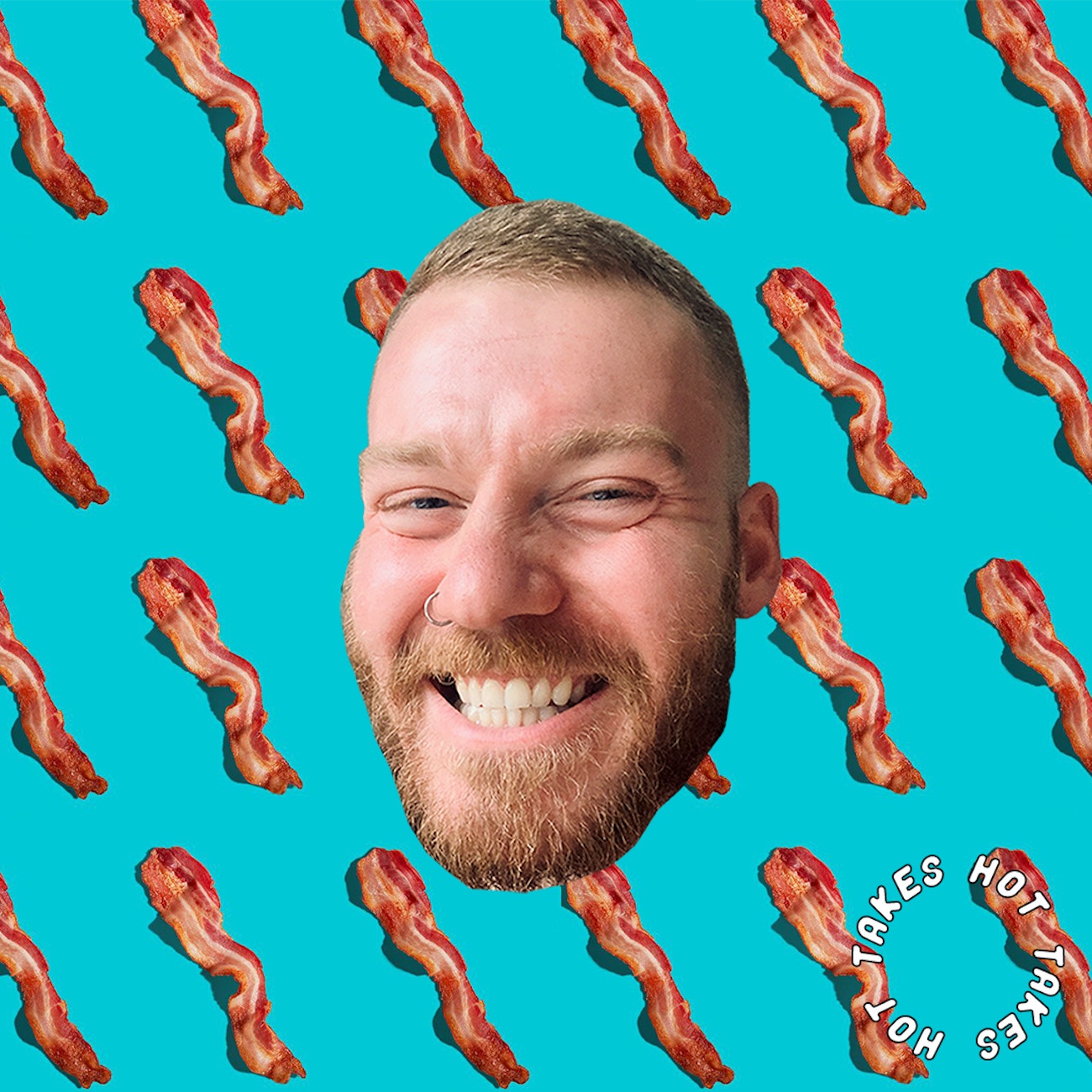 Look: you’re not in Epic Meal Time and it’s not 2011 anymore, mate. You don’t have to act like you actually want your burger patty to be draped in a forgettable hashtag of streaky, greasy pork and you don’t have to keep using the word “awesome” to describe it, either. It’s high time we all stopped pretending that bacon is anything but bang-average at best.

Sure, a bacon sarnie – complete with an essential nasal-burning slick of Colman’s – can be a nice treat on a Sunday morning every now and then but if you’re having bacon for breakfast on a weekday then you seriously need to sort out your priorities. You do know that the planet is burning around us, right? You realise that all of who are lucky enough to experience this thing called life only have a finite amount of time to squeeze in as many ephemeral sensory experiences as humanly possible, yeah? And you're seriously going to waste your precious time and stomach space eating fucking bacon? Get a grip.

I guess if you’re only buying butcher-quality bacon which actually tastes like pig, and using it sparingly on special occasions, then I can somewhat forgive you. Even so, I’ll still judge you for spending a ridiculous amount of money on the crudest form of pork product available. Like, you do know pancetta exists, right? By buying a slab of bacon instead of investing your money in some sultry strands of pancetta you’re basically preventing your tastebuds from experiencing true happiness. It’s like constantly holding down the ‘B’ button on your Gameboy so that your Wartortle doesn’t become a Blastoise. It's nonsensical.

Yes, MOB, the long and short of it is: bacon is crap. Those anaemic sheets of meat are pumped full of more water and salt than an IV bag and, I think if we’re all being honest with one another, that’s really the main flavour component that you’re seeking from a few rashers. Salt. There’s a reason that bacon is often paired with other food items and it’s not because it particularly accentuates the strength of other ingredients. It’s because it’s just not that great on its own. Sorry, folks. Bacon is a one-hit wonder.

When it comes to the intricate depths and nuances of flavour, bacon doesn’t bring anything to the party apart from its single umami anecdote that you’ve already heard a million times. Bacon is the sort of person that will come up to you at your gaff when your favourite song is playing, shout something loud and indecipherable in your ear, and then proceed to stand awkwardly in the corner of the room for the rest of the night nursing a Kronenbourg. Bacon shouldn't be invited back round yours ever again.

You could argue that I'm being contentious, but I’m not being irrational. I can simply rarely think of a situation where I'd consider bacon to be the best food for the job. I’d definitely choose a few errant slices of chorizo or a taut, ruby merguez over bacon in a sandwich; I much prefer the subtle lull of smoked salmon with my eggs, if given the choice; and if you’re making a carbonara or amatriciana pasta, you’re always better off using a fattier cut of pork like guanciale. Those are indisputable facts, MOB. There is simply no room for bacon in my life. And I don’t think it should be taking up considerable space in yours, either. 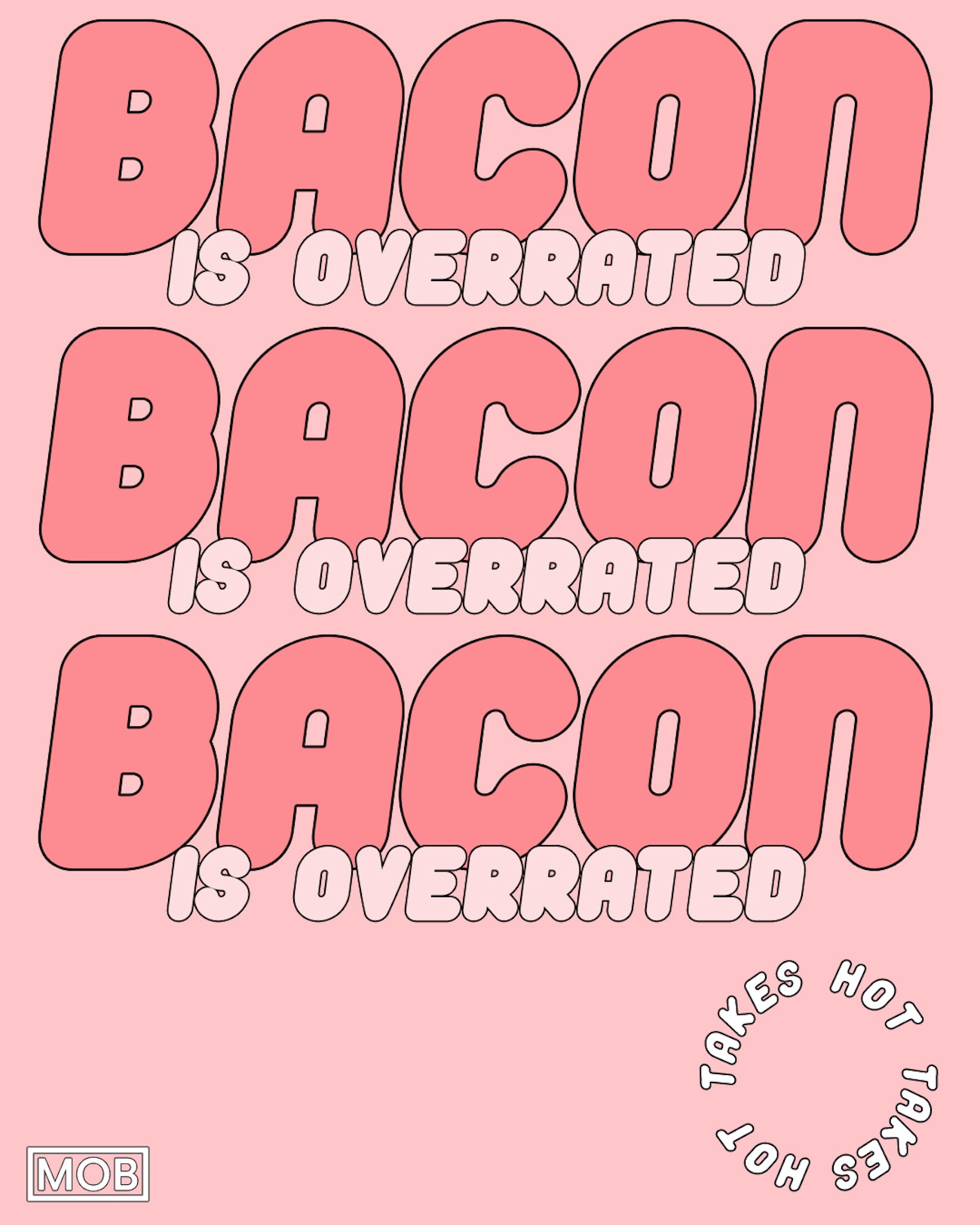