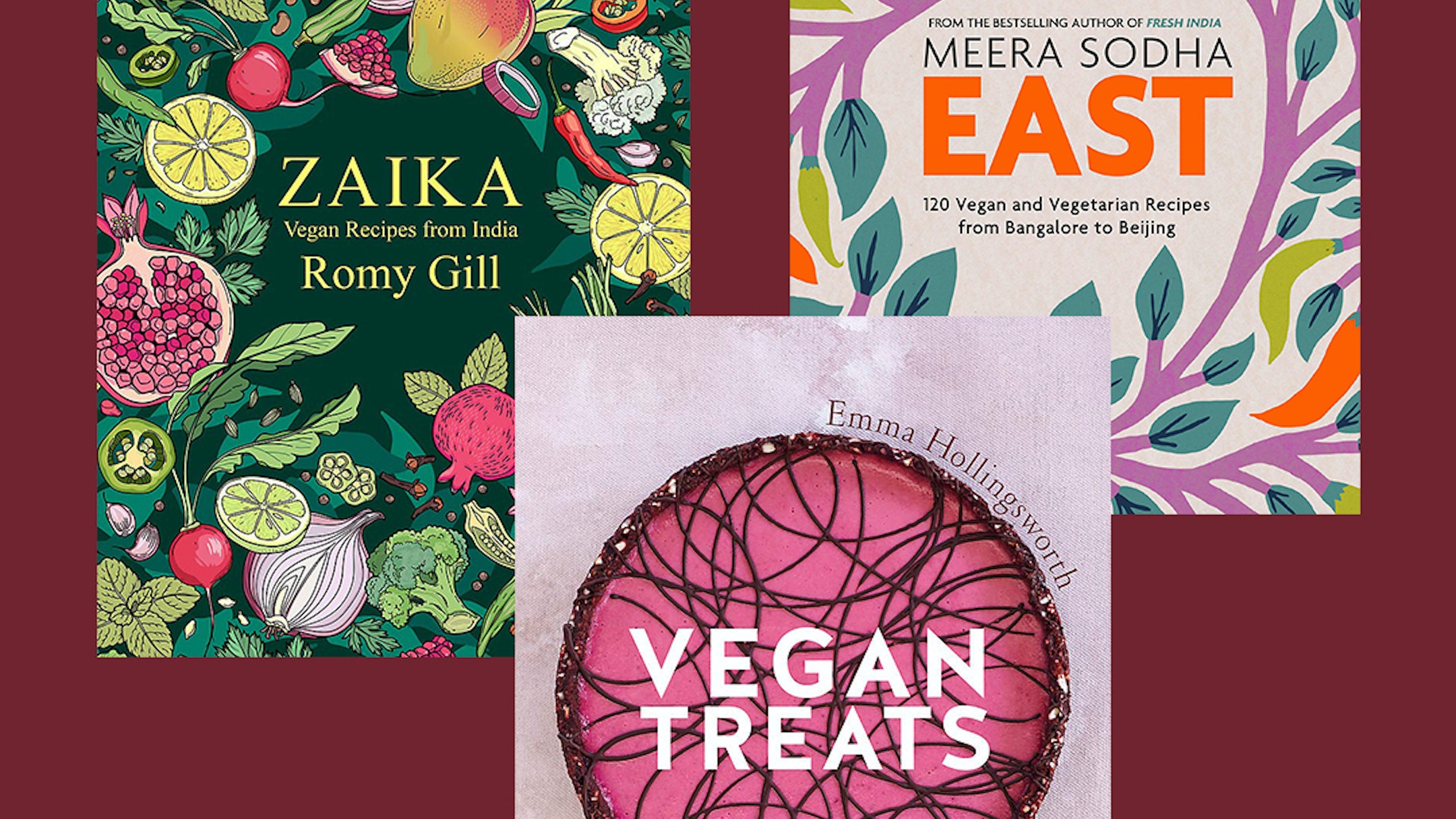 Celebrating Veganuary with our favourite cookbooks. 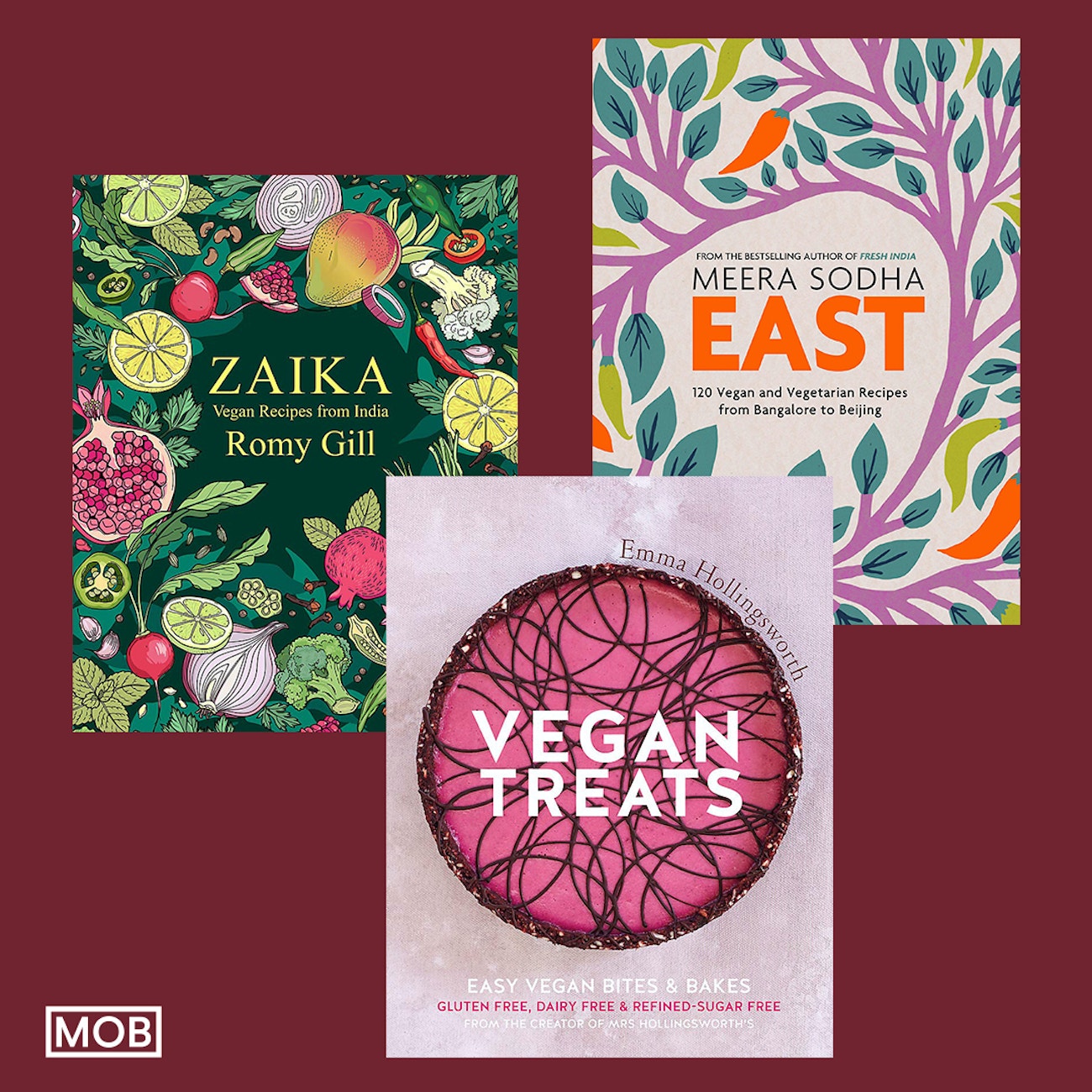 These books will be your Veganuary bibles.

I’m not sure exactly when veganism stopped being characterised as a fringe, esoteric pursuit in the UK and entered the mainstream. I think it was some time before Greggs rolled out its sausage roll (2019) and after quite literally everyone decided to watch the vegan-adjacent Netflix documentary Cowspiracy at the same time (2014).

But enter the mainstream it unquestionably has. Greggs sells millions of those delicious sausage rolls every year and the environmental warnings about meat-eating raised in Cowspiracy have long since entered into the wider discourse. There are an estimated 600,000 vegans in the UK, a figure which has quadrupled since 2016.

This brings us to Veganuary. As you probably know, MOB is doing Veganuary this year, meaning everything we cook in January is going to be vegan. Lots of people are doing the same. You should consider following along too, even if you’re not vegan. It’s good for the environment and — this gets lost sometimes — it can make you a really creative cook.

To aid you in your journey, please consider buying and then leafing through these three excellent cookbooks for inspiration. Any lingering perception you might have of veganism as something that is purely restrictive will go straight out the window. And for the times you don’t want to cook, there’s usually a Greggs nearby. Especially if you’re in Newcastle.

First things first: This book contains some vegetarian recipes, so fails to meet quite literally the one criterion required of books on this list. The book though is fabulous and contains mostly vegan recipes, which means it fits the spiritual criteria of the brief.

Sodha started writing a (very good) vegan column for the Guardian a few years ago despite not following a vegan diet herself, and this book is the product of that journey. Its guiding principle is that vegan food should be fun and flavoursome and good in its own right rather than something associated primarily with healthy eating.

East is filled with beautiful recipes drawing on lots of different Asian cuisines, from kimchi fried rice to a Sri Lankan beetroot curry. Particularly well-thumbed recipes in this house are shiitake pho with crispy leeks and a pad thai featuring purple sprouted broccoli.

This book merits inclusion because it is a counterweight to the idea that vegan food needs to be healthy and raw rather than indulgent. It doesn’t have to be! Written by a Canadian foodie YouTube sensation by the name of Lauren Toyota, the book recreates comfort food classics for the plant-eater in your life. There is French Onion Soup. There is a mushroomy spin on Fettuccine Alfredo. There are sausage rolls!

And from this book, we learn that vegan mac and cheese is not only a thing but actually a nice thing if you can find somewhere selling nutritional yeast (nowhere near as weird as it sounds.) This is a book to convert the vegan sceptic in your life.

I visited Ladakh in India a few years ago and there I ate proper momos for the first time. They were steamed dumplings filled with cabbage and spinach and carrots and they were extremely delicious. You should buy Romy Gill’s Zaika for her momos recipe alone. A bit technically challenging, yes, but very much worth it because they taste authentic and lovely.

There are plenty of other wonderful recipes drawing on the flavours of Indian cuisine here too, many of them simpler to cook than a lot of vegan recipes you encounter. The flavours and invention at work are quite beautiful. There are turmeric pancakes and beetroot fritters and rotis and nigella seed naan breads; there are snacks and there are more time-consuming recipes and there are indulgent ones too. Something for everyone.

This book is a complete joy. Emma Hollingsworth, the cookery writer behind a very popular food blog, has cracked the difficult formula for very good dairy-free baking. There are good recipes for fruit crumbles and salted caramel flapjacks, all of them drawing on the natural sweetness of dates and the richness of nut butters to produce very indulgent results. Another learning from this book is that energy balls, made from things like mejdool dates and strawberries and cashew nuts, are really very nice. And filling. And healthy.

Peace and Parsnips: Vegan Cooking for Everyone by Lee Watson

This book reinforces my long-held theory that a cook’s first book is usually really good (see also Jamie Oliver’s The Naked Chef and Nigella Lawson’s How To Eat — both all-time classics). Lee Watson, a vegan chef living the good life in Wales, has written a wonderful book full of recipes that are good and simple and easy-to-cook. Watson is a master of balancing spices. There is a very good kasha with rosemary and apricots and walnuts, there are spinach bhaji burgers, there is a tempeh with bok choy and soba noodles. A joy.