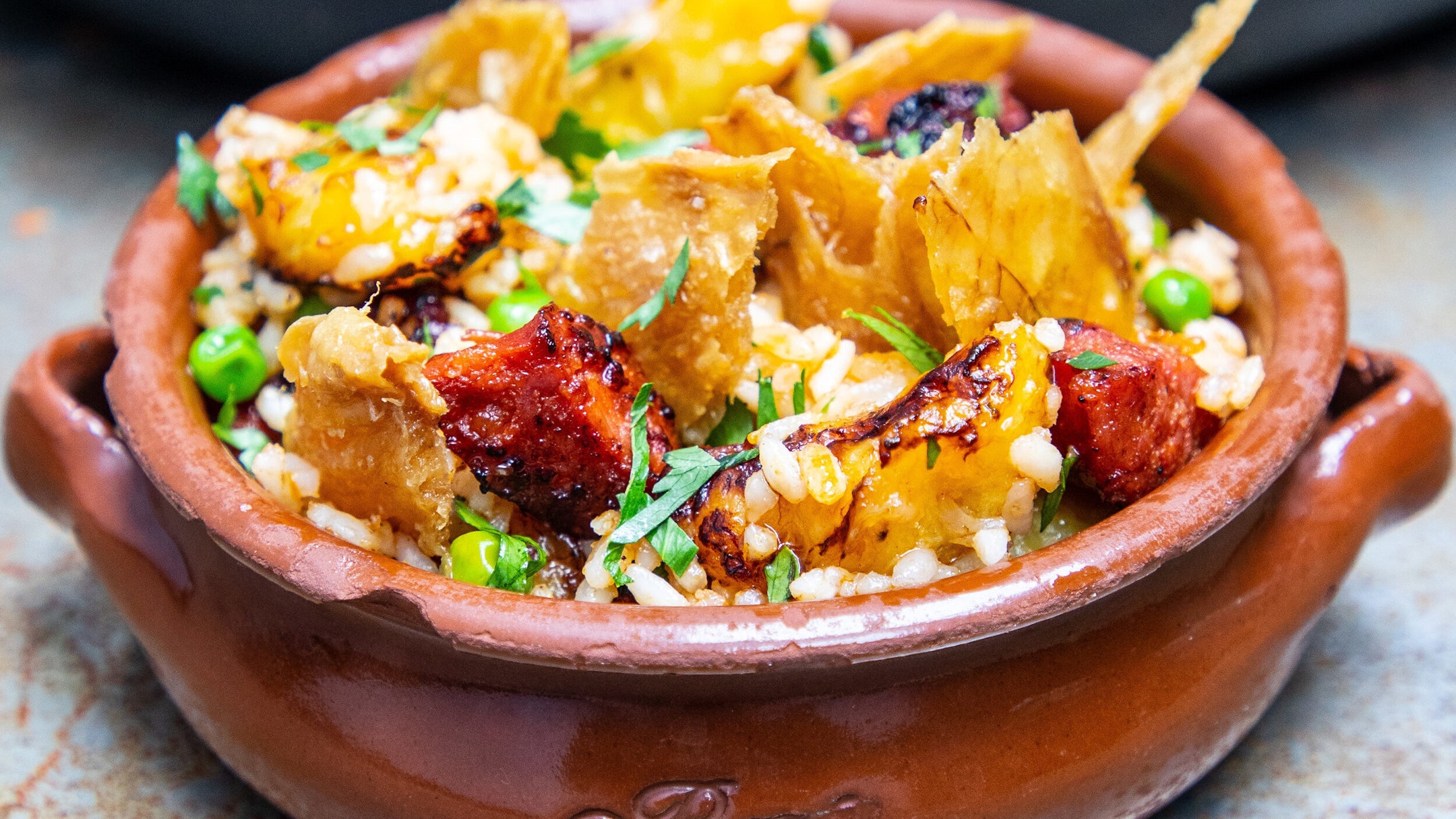 Read: 3 Mins
Tatti, Head Chef at Casa Do Frango, cooks her ultimate rice for the MOB. 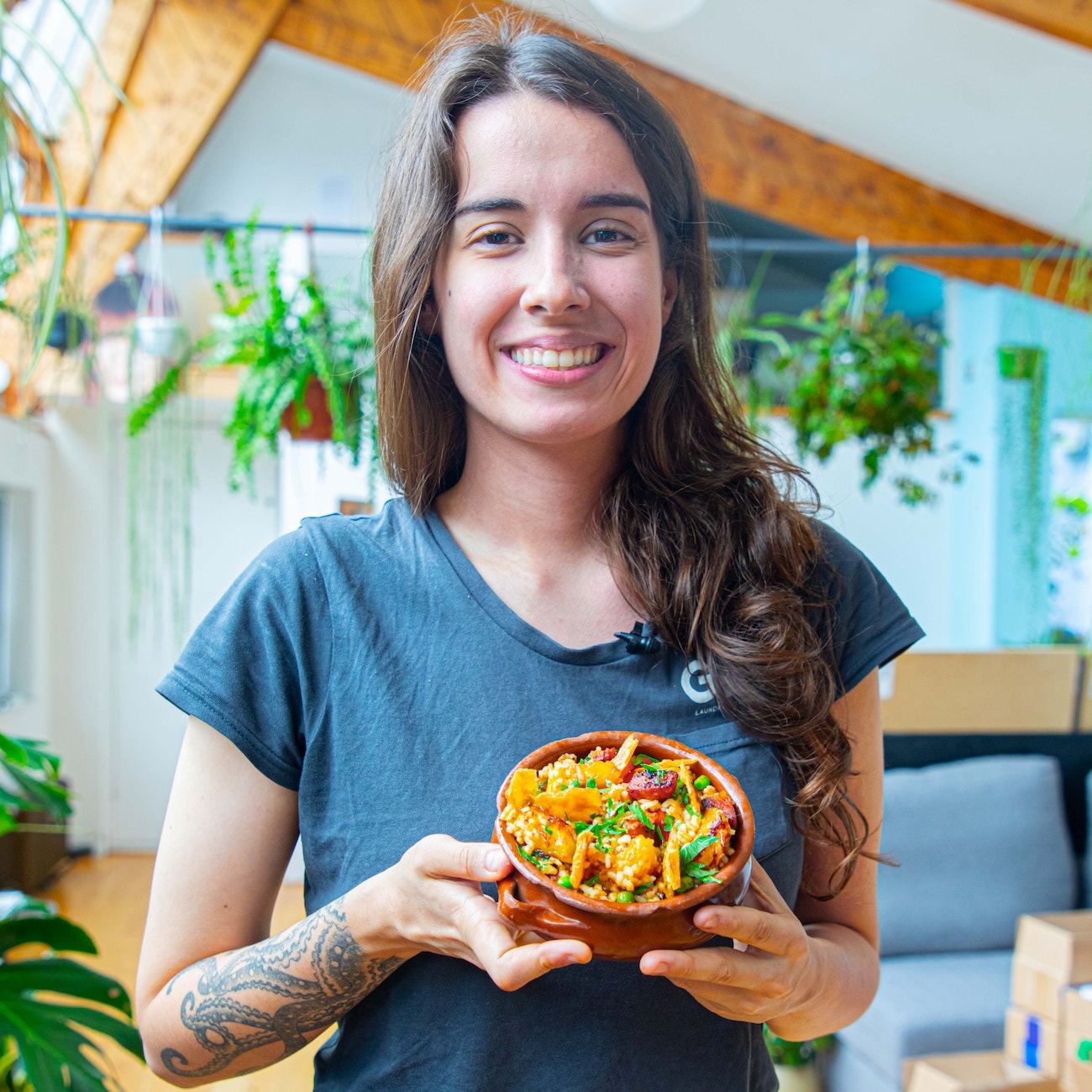 Tatti in the studio

Tatti was born and raised in Brazil and is today Head Chef at Casa Do Frango - a Portuguese restaurant based in London. Tatti’s mum was from Portugal, so Tatti grew up with Portuguese cuisine throughout her childhood.

Casa Do Frango is an Algarvian inspired restaurant based in Borough and Shoreditch. The founders spent time in Portugal, perfecting their peri-peri chicken recipe along with delicious side dishes inspired by the region.

Tatti visited the MOB kitchen and made Casa Do Frango’s Rice for the MOB - a staple side dish at the restaurant. Think crispy chorizo, fluffy carolina rice topped with crispy chicken skins to add that crunchy kick. Sublime. Serve it alongside peri-peri chicken or have it as a meal in itself.

The rice also has a rich history. The dish was originally served to staff in restaurants around Portugal until a customer tried it. They liked it so much that it became a popular dish in many Portuguese restaurants. We can’t wait for you to try it. 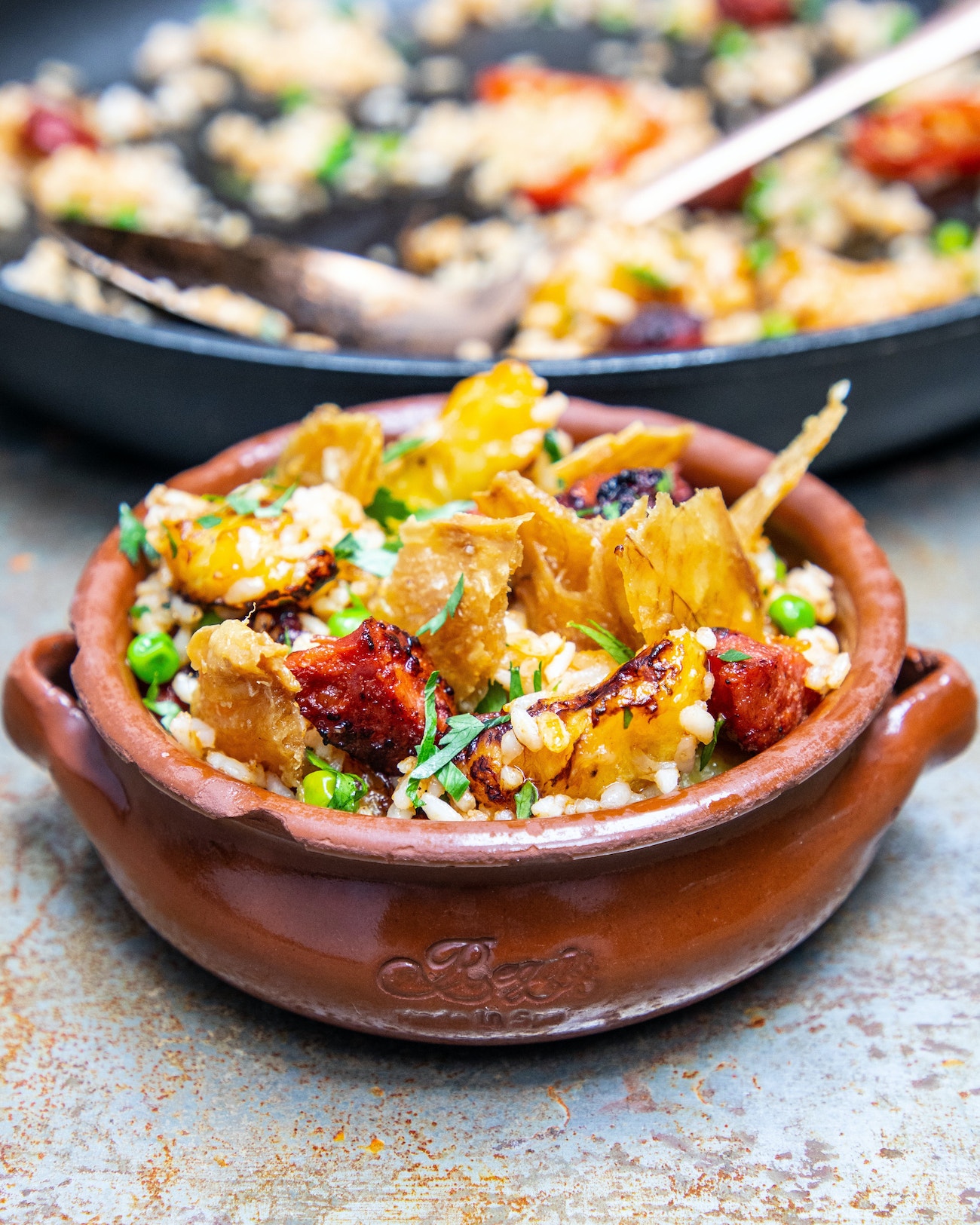 "Growing up I was influenced by Portuguese food"