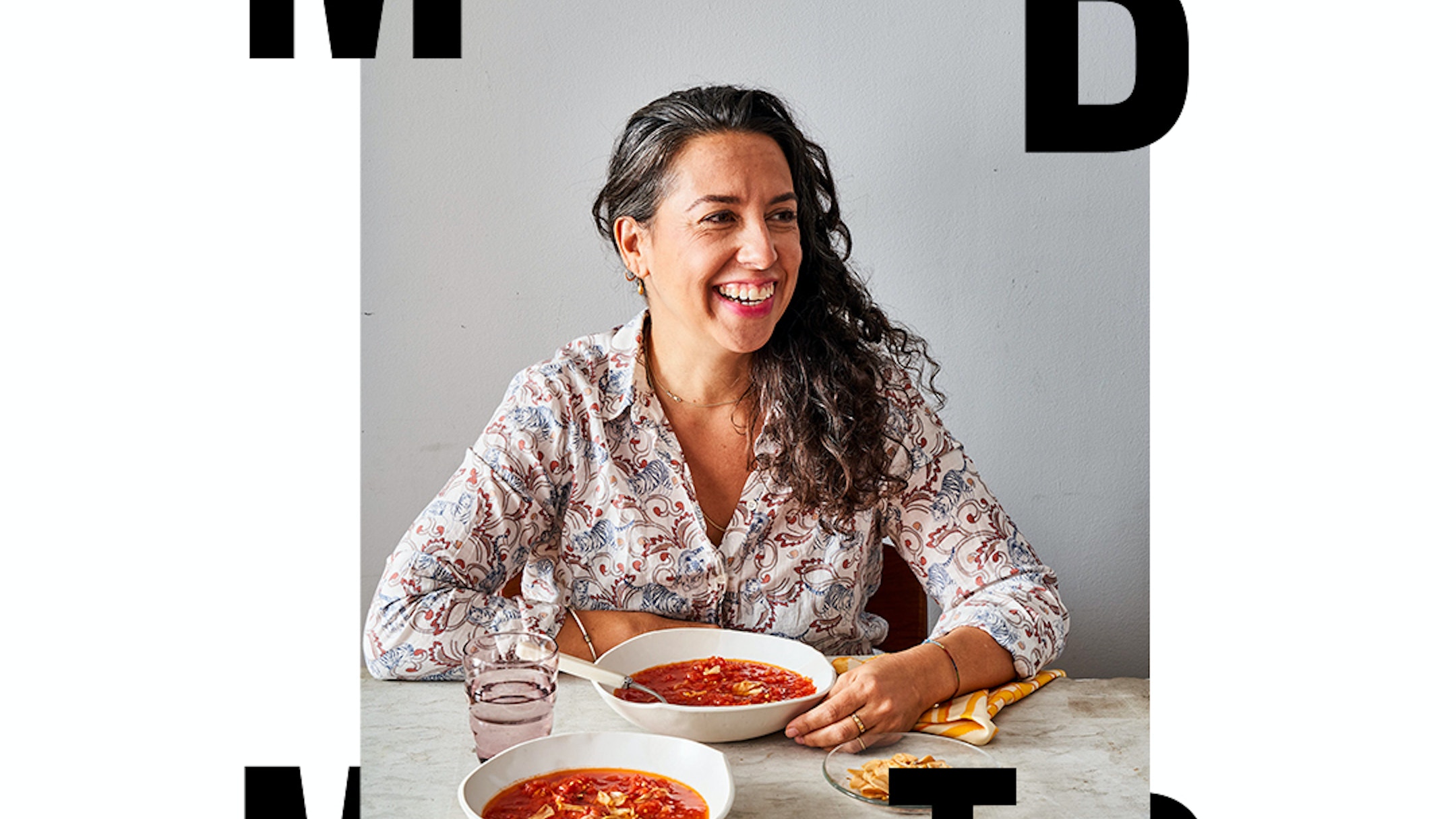 We spoke with the former editor at large of Bon Appétit about feeding a family, recipe testing at home, and her latest cookbook: That Sounds So Good. 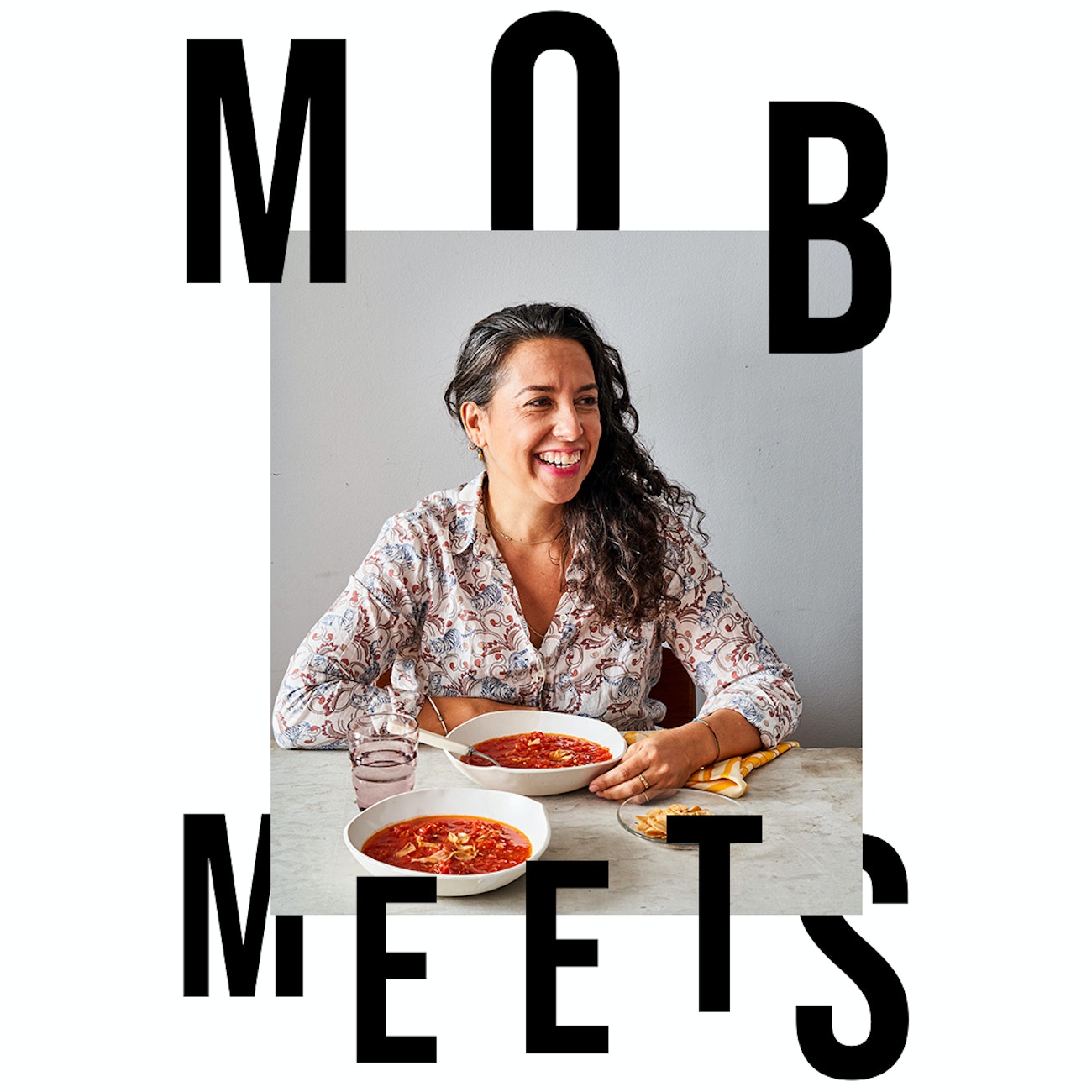 There were a couple of names that I wrote down when I first planning out potential MOB Meets interviewees. That list consisted of your typical big hitters – your Gordon Ramsays, your Nigella Lawsons, yours Jamie Olivers – but it also included a lot of recipe developers and chefs that I really looked up to and admired. One of the names on that list was Carla Lalli Music.

As the former editor at large of Bon Appétit, Carla was responsible for creating countless recipes for the magazine inspired by the meals she makes at home and has been a major advocate for teaching home cooks how to become more naturally instinctive in the kitchen. Her first cookbook, Where Cooking Begins, was an instant back-to-basics bestseller and her latest, That Sounds So Good, has only further cemented Carla’s position in the cookbook canon.

Filled with recipes to “match every mood, situation, and vibe”, it’s a cookbook that reflects Carla’s “anyone can cook” ethos. All 100 of the recipes are split between quick weekday dishes and more adventurous weekend cooking projects with everything from the Fat Noodles with Pan-Roasted Mushrooms to Tomato Confit Bruschetta underlining Carla’s approachable cooking style. She’s like the English teacher at school who would always leave you inspired after every lesson or the Maths teacher who could make even the most complicated algebraic equation sound achievable. With a sound head on her shoulders and a strong sense of her own personal brand, Carla looks set to become a household name in next to no time. And I’m just saying that because Music is one of the best last names I’ve ever heard. Which it totally is.

Where did the inspiration for That Sounds So Good come from?

The inspiration really came for me when I was on tour for Where Cooking Begins and I kept meeting people at events who were sharing these really personal stories with me about how the book brought a connection to food back in their life. They told me how it gave them a connection to their family or a creative connection back to themselves that might have been dormant for a long time. Those stories were so important to me because that's really how I think about food. In my life, it is a vehicle for all of those things.

I never really thought of myself as a creative person because the way that's usually defined is via artistic talent or musical talent. That's not me. But then, very late in life, it sort of clicked that cooking is my creative outlet. Food in my family is also really important. We can't get together with my family without us all talking about food. It's about more than meals, it's about creating moments in people's lives for pleasure and for sustenance at the same time.

Have you got a favourite recipe from the cookbook?

I do, and the funny thing is that the dish which is my absolute favourite to cook and to eat is the one that the least amount of people are going to make. It's the grilled squid with the blackened tomatoes. I love grilling and I love squid and I had written down a loose note for this recipe in the early stages of development but didn't really know how I was going to achieve it. I wanted to incorporate Spanish flavours (tomato and paprika) so just went out to the grill and started messing around. I think because the experience of developing the recipe was kind of just me playing around, that playfulness really came through in the end dish. I loved how it came out but grilling is, first of all, a hard sell and squid – unless you call it ‘calamari’ – is also a hard sell. That dish is like my special child. 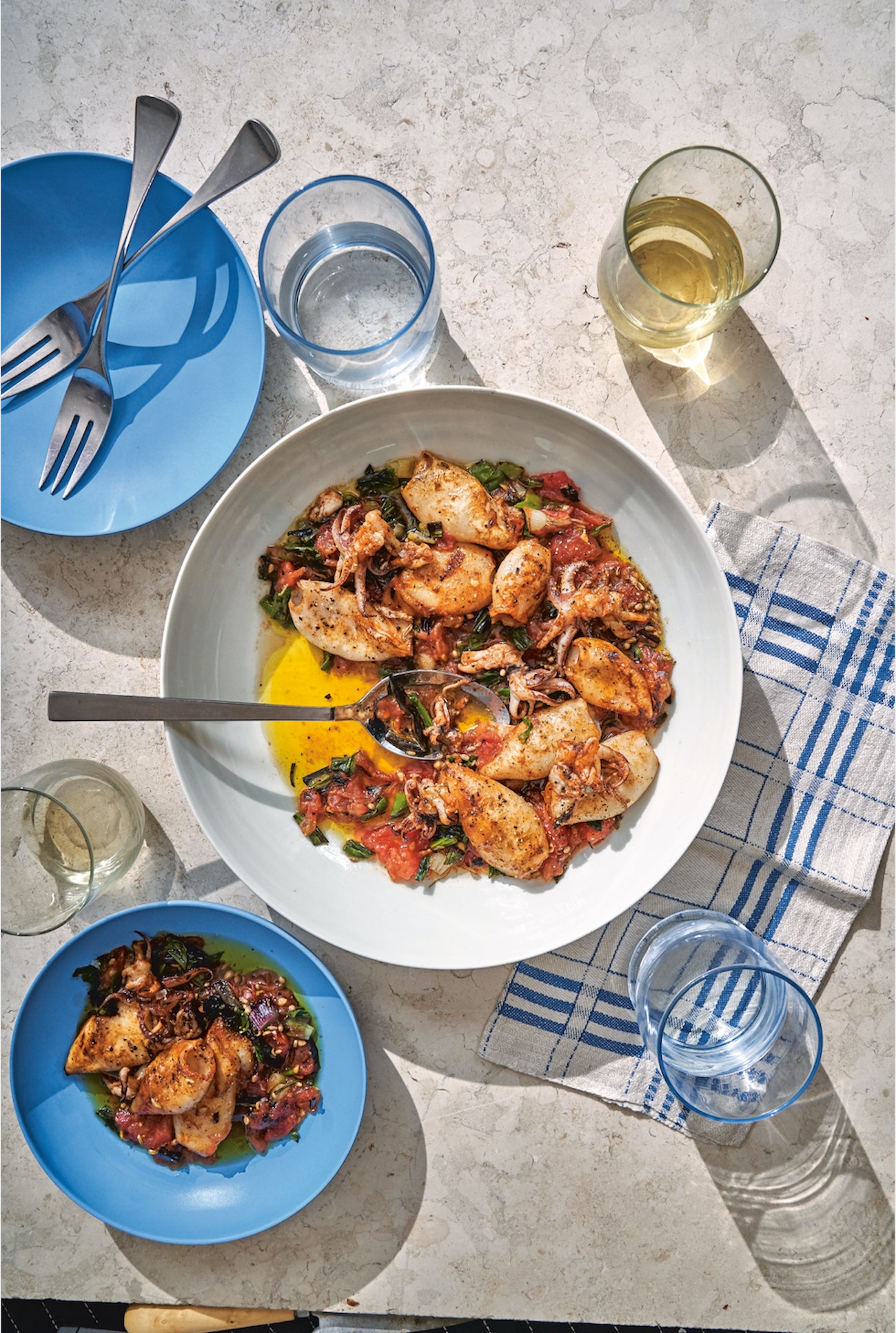 Did your approach to cooking and your relationship with food change at all during the pandemic?

Very much. I mean, the labour involved in making dinner every night really got crystallised for me. Back when I worked full time, my kids had a babysitter and they would eat at 5:30 or 6 in the evening and I cooked on the weekends for them, mostly. Going from that to cooking every night was a massive shift but it was also one of the bright spots of the pandemic. Getting to eat together every night was great but it also really got me thinking and asking questions to myself about 'how long does this take to make?', 'how many bowls am I using?', 'is it annoying?', 'do they actually like it?'.

How’s life been now that you’ve left BA and gone solo? Have you found shifting to your home kitchen difficult?

I actually really love it. I think the hardest part about that shift was losing the camaraderie and the collaboration that was built into that environment because I was surrounded by people who I admired so much and who knew so much. To be able to give somebody something to taste and get really honest feedback that never felt personal was brilliant. Losing that has been one of the hardest parts but cooking at home is actually rather lovely for me. It's so nice to be in my own space: I can put on whatever I want to listen to and I can have complete freedom. When it got hard was when, at the end of my recipe development part of the day, my kids would come home and I’d have to do a whole dinner service.

When it came to recipe testing, did you get the whole family involved with that?

Yes, and it's funny because I've basically figured out that my older son is the person I can go to for stuff like that. He's got a really good palate; he eats everything, so he can appreciate lots of different flavours and ingredients but he'll be honest with me when it needs work. If I give something to my husband, he'll be like 'ooh yum! Are we having this for dinner?' and if I give it to my younger son, who is more of a selective eater, he'll be like 'it's nice but it's not my kind of thing'. My eldest will give me notes and tell me that it might need a little vinegar. 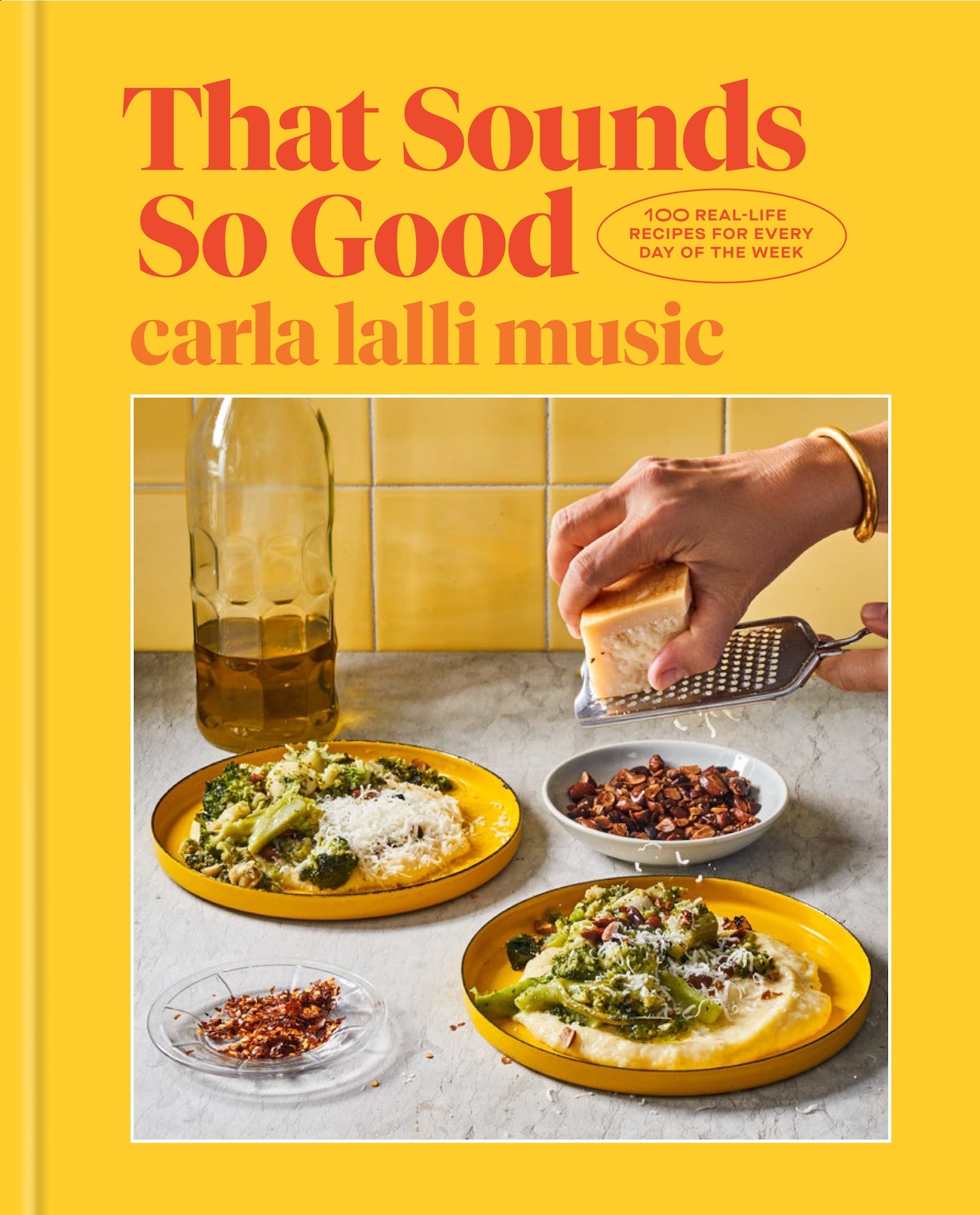 Is there any food or ingredient that you simply cannot stand?

I'm really trying to work through all of my aversions at the moment. My big one was dill and it took 10 years to get there but I'm cured! I did the thing that they tell you to do with kids who don't like certain foods which is constant gentle pressure where you try it, try it again, and then try it again. It took years. Now, I'm working on raw onion. It's not that I didn't like the flavour of it, it's just that sometimes it would upset my stomach and it's just a very hot flavour. I'm working on it though! 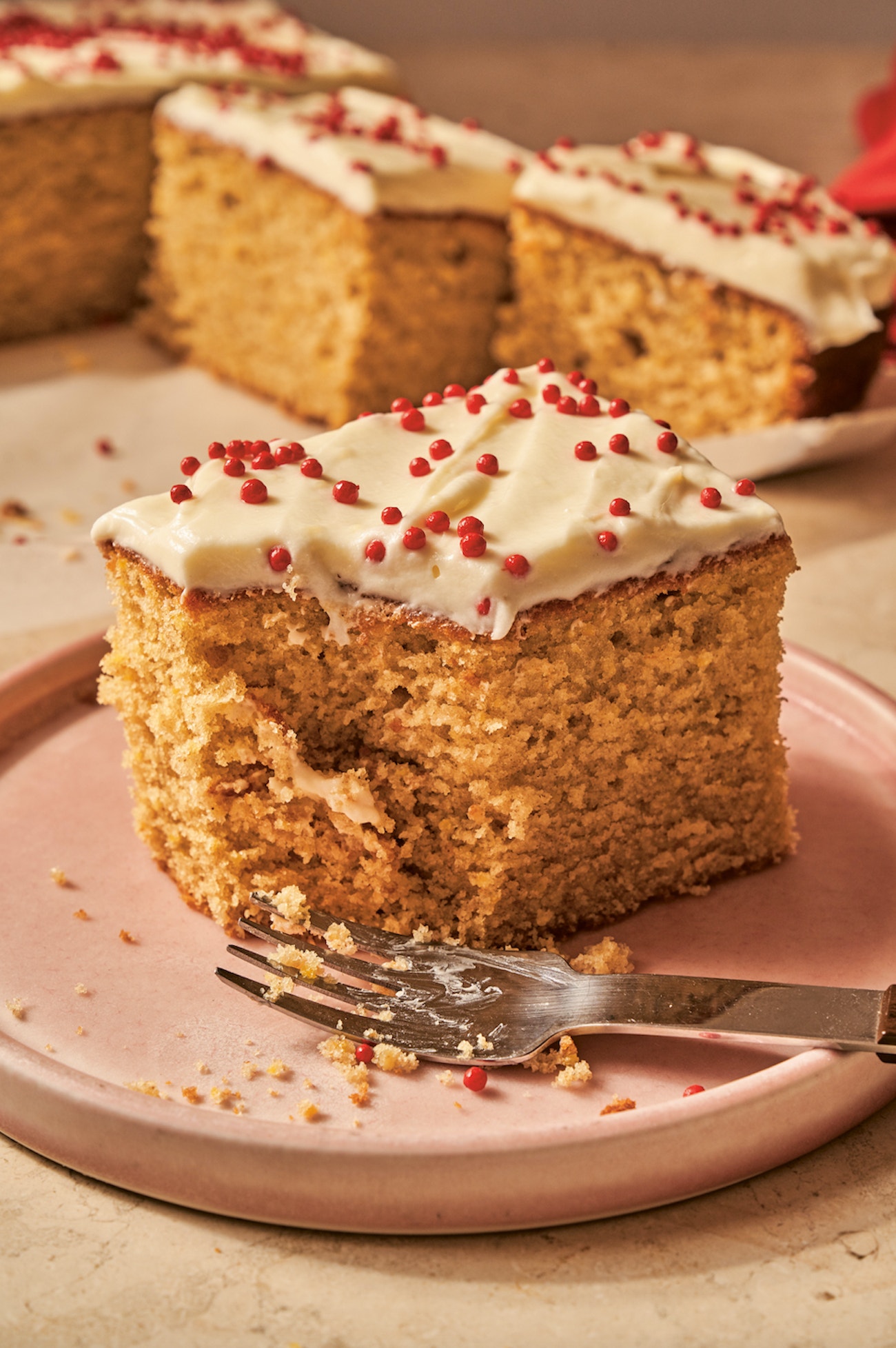 What’s the one dish you think everyone should be able to cook?

I think it’s got to be a roast chicken. I know it's probably a very popular answer but it’s true. I also think that everyone should know how to make a pot of rice without a rice cooker. That is essential. We had rice on the table every single night of 2020. Literally. Learning how to make a pot of beans is also important because they're inexpensive, they're really nutritious, they're good for vegetarians, and you can flavour them in pretty much any way. If you know how to make beans, you can have an instant side dish, you can make soup, you can have an appetiser. There are so many varieties. I love beans and I don't know why people are so often intimidated by them.

How do you navigate the constantly changing food media landscape and the impact of platforms like TikTok while still keeping traditional formats like cookbooks alive?

It’s hard. The pace is so unbelievable but I really love how much it's opened up to taking the power away from this monolithic idea of who is in charge of what, what recipes get published, what food coverage looks like, and who is at the table. It's really cool to me that there are so many young people that are super energised and totally disrupting the power dynamic. As someone who has a lot of their professional life online, it’s a constant source of inspiration and newness and change. Some of it is obviously really silly and absurd but I like that too. My older son is almost 18 and it's something that he and I will do together: we'll send each other TikToks back and forth. I'm working on a podcast right now and one of our segments is about what’s gonna be the next weekly food trend. Some of them are silly – like frozen honey, what’s the point? – but then some of them are kind of good. Like, I would eat a plate of fried pasta right now.

What’s your favourite song to listen to while you cook?

Probably 'Kiss' by Prince. I love that song, you can sing along to it and you want to be dancing and two-stepping a little bit.