Thirsty? Thought so. Quench yourself with our guide to the very best non-alcoholic seltzers, sodas, and soft drinks that are made right here in the UK.

Sit back and imagine, for a moment, that you've just heard the soft “pfft” of a can being opened. It’s a pretty evocative sound, right? It’s one that most of us can conjure up with relatively little ease and even do a fairly accurate impression of. It doesn’t matter whether you’re a soft drink addict or have barely touched the stuff since you were seven, there’s something about that sound which just makes you thirsty.

Growing up, I was only ever allowed softies on a Friday (dubbed “Fizzy Friday”) and, as a result, I never really got into the likes of Fanta, 7UP, or Coca Cola. I find them to be far too tooth-achingly sweet and I also don’t really feel great about the idea of drinking the equivalent of 10 sugar cubes in a single aluminium can. I’ve also; however, realised that drinking nothing but water and squash can be pretty dull and it’s not exactly socially acceptable to crack open a can of beer or glass of wine during a work Zoom meeting. Thankfully, I’ve found in recent years that the solution to that beverage boredom lies in the many excellent independent sodas, soft drinks and non-alcoholic beverages which are now readily available in the UK.

Ranging from pineapple flavoured sparkling waters and non-alcoholic seltzers to still soft drinks and punches that taste like a bitter and complex aperitif, this list should provide you with an idea of just how varied and exciting the non-alcoholic beverage scene is at the moment. These are the best British sodas about. Because you don’t always need booze to have a good time. There’s something about drinking a tall boy of soda that just feels… right. Maybe it’s because it’s the same sort of can that you’d usually find filled with a hazy IPA but cracking open one of these fruit-forward sodas from Cloudwater brewery feels like a real treat on any day of the week. Mango and tropical fruits give this a real “J2O for adults” vibe with the light spice of cumin seeds kicking in towards the tail end to prevent it from becoming too cloying. This is a proper tart and refreshing serve and the fruity flavour profile of Citra hops will almost fool you into thinking you’re having a beer. It’s got all the flavour of craft, but none of the alcohol. A winner.

Something & Nothing – Cucumber Seltzer 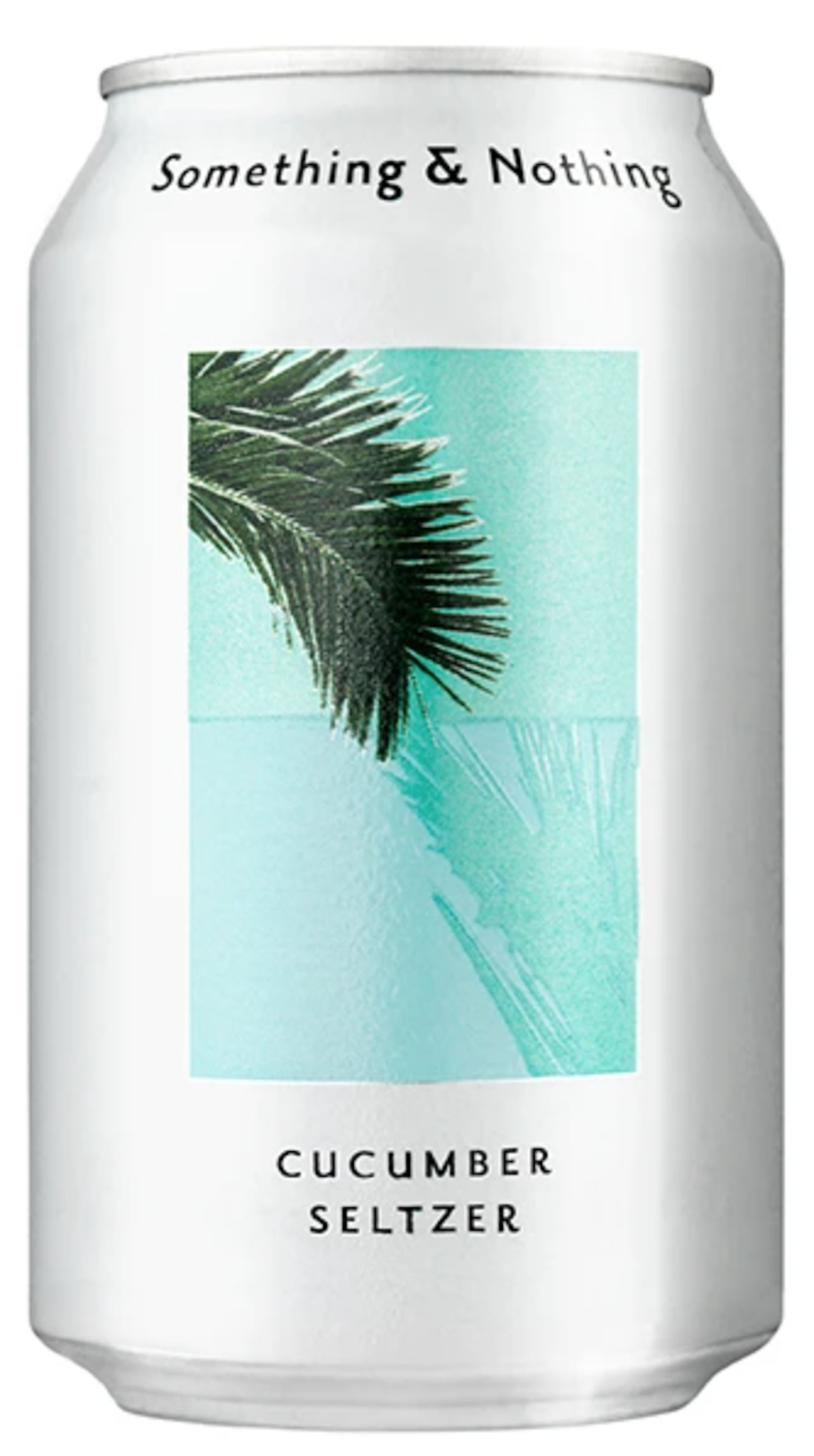 Have you ever tried to infuse cucumber slices in a carafe of ice-cold water and ended up with a limp drink that tastes like someone trying to describe a cucumber despite having very obviously never seen one before? Something & Nothing’s cuke-flavoured seltzer is absolutely nothing like that. This thing rips of cucumber, MOB. It’s super refreshing and made from natural ingredients (like grape juice and lemon juice) which mean you don’t get any of that nasty artificial film on your teeth afterwards. Try mixing this one with gin for a hell of a Gin Rickey. 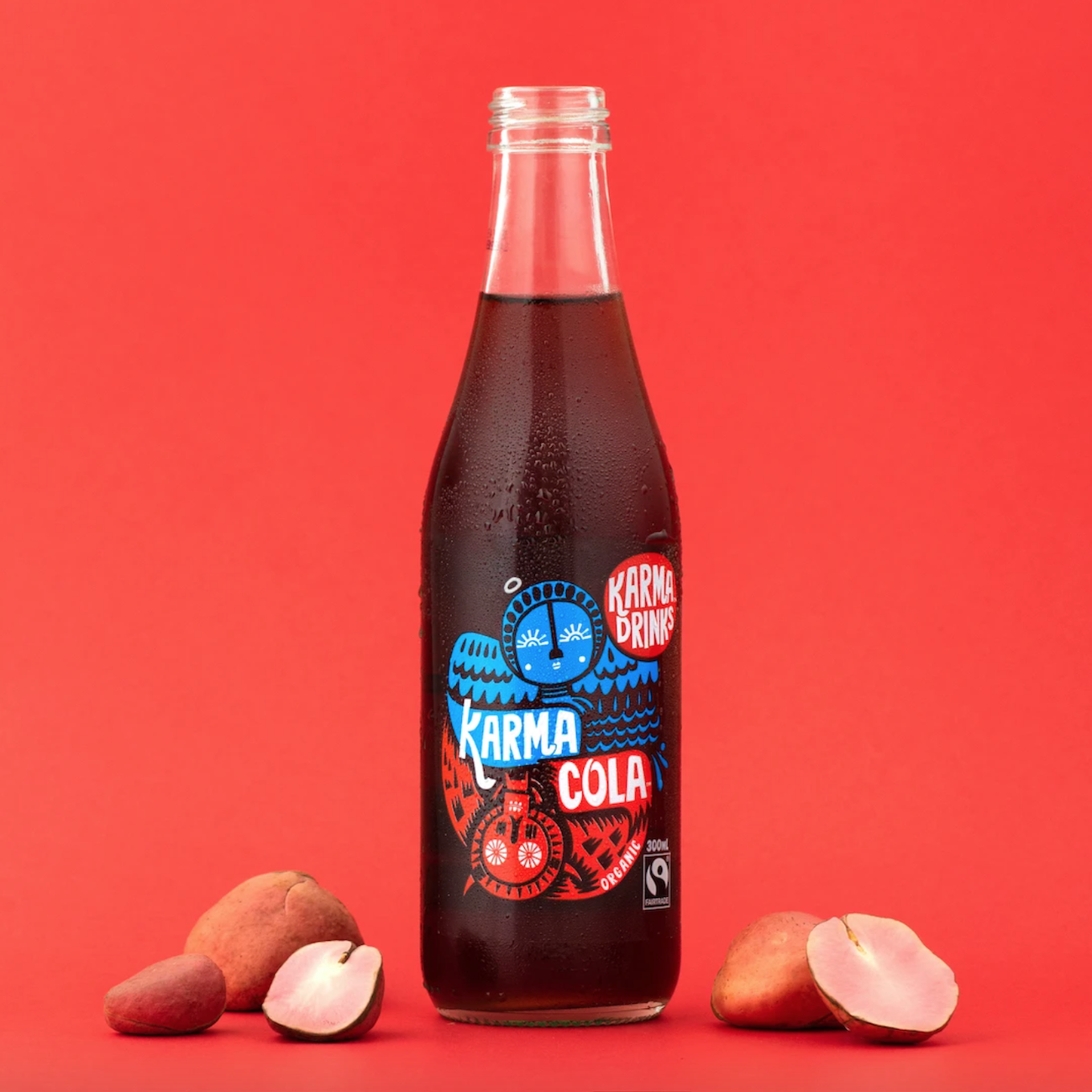 Karma Cola’s flagship product is a great planet and palate-friendly alternative for the Coca Cola addicts out there. Made using organic ingredients like barley malt and natural vanilla extract, this cola tastes almost like a herbal tonic that’s doing you good. And by buying Karma Cola you’re also doing some good, too. Part of the proceeds from each bottle sold go to the cola growers’ families in Sierra Leone, where the Karma Foundation works hand in hand with the local community. Good stuff. 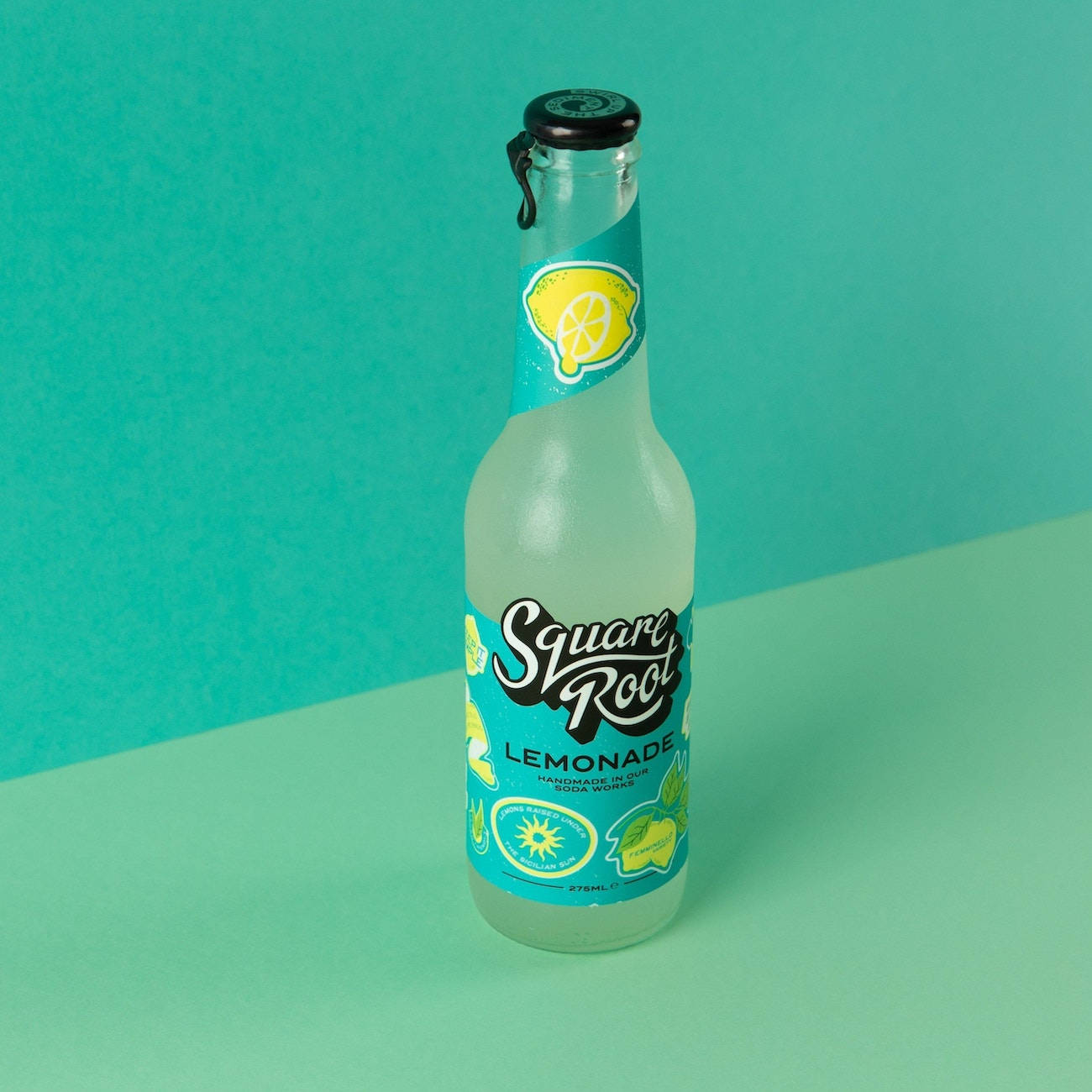 I don’t know how they do it but those lemonade stands run by kids in American cartoons always make lemonade look like it’s the most refreshing thing on the planet. And you know what? When made well, and served ice-cold in a dewy glass with just the right balance between sweet and sour, a lemonade is exactly what you want to be quaffing on a hot summer day. Unfortunately, most lemonades on the market are overly saccharine and barely taste of, well, lemons. Fortunately, Square Root Soda’s lemonade is a lot closer to that perfect, prototypical Cartoon Network soft drink. It’s light, it’s refreshing and it zings with the citric brunt of top quality Sicilian lemons. I’d buy this by the bucketful if someone was selling it at the end of my cul-de-sac. 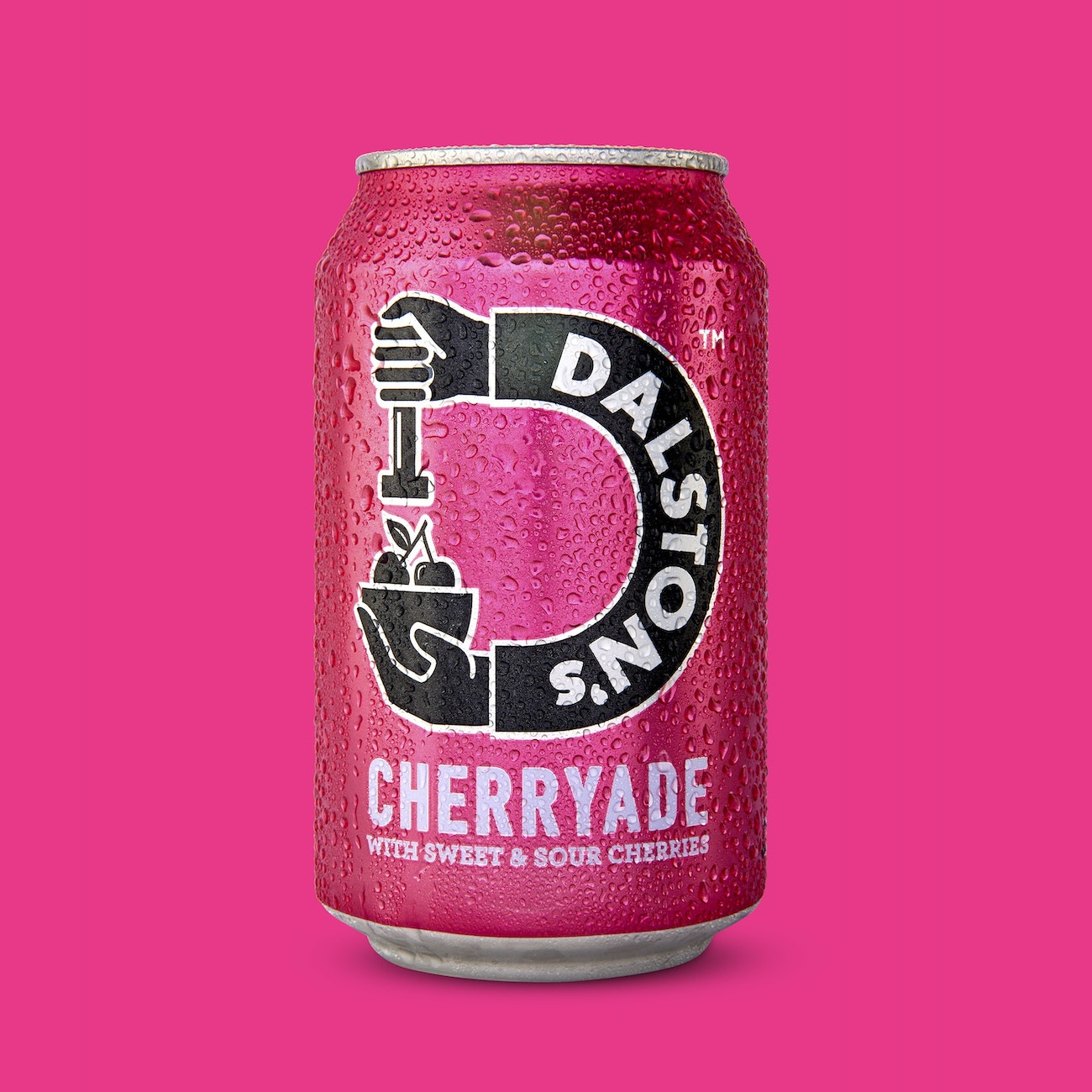 You wanna know what the secret to Dalston’s Cherryade is? Fruit. Yep. It’s literally that simple. You see, it turns out that the reason most cherry-flavoured soft drinks and sodas are complete trash is because they don’t contain any actual cherries. Go figure. These eye-catching cans, on the other hand, are made with real pressed sweet and sour cherries alongside a splash of beet sugar and sparkling spring water. Dalston’s employ a pared-back approach to flavour that delivers in spades. Keep it simple, stupid. 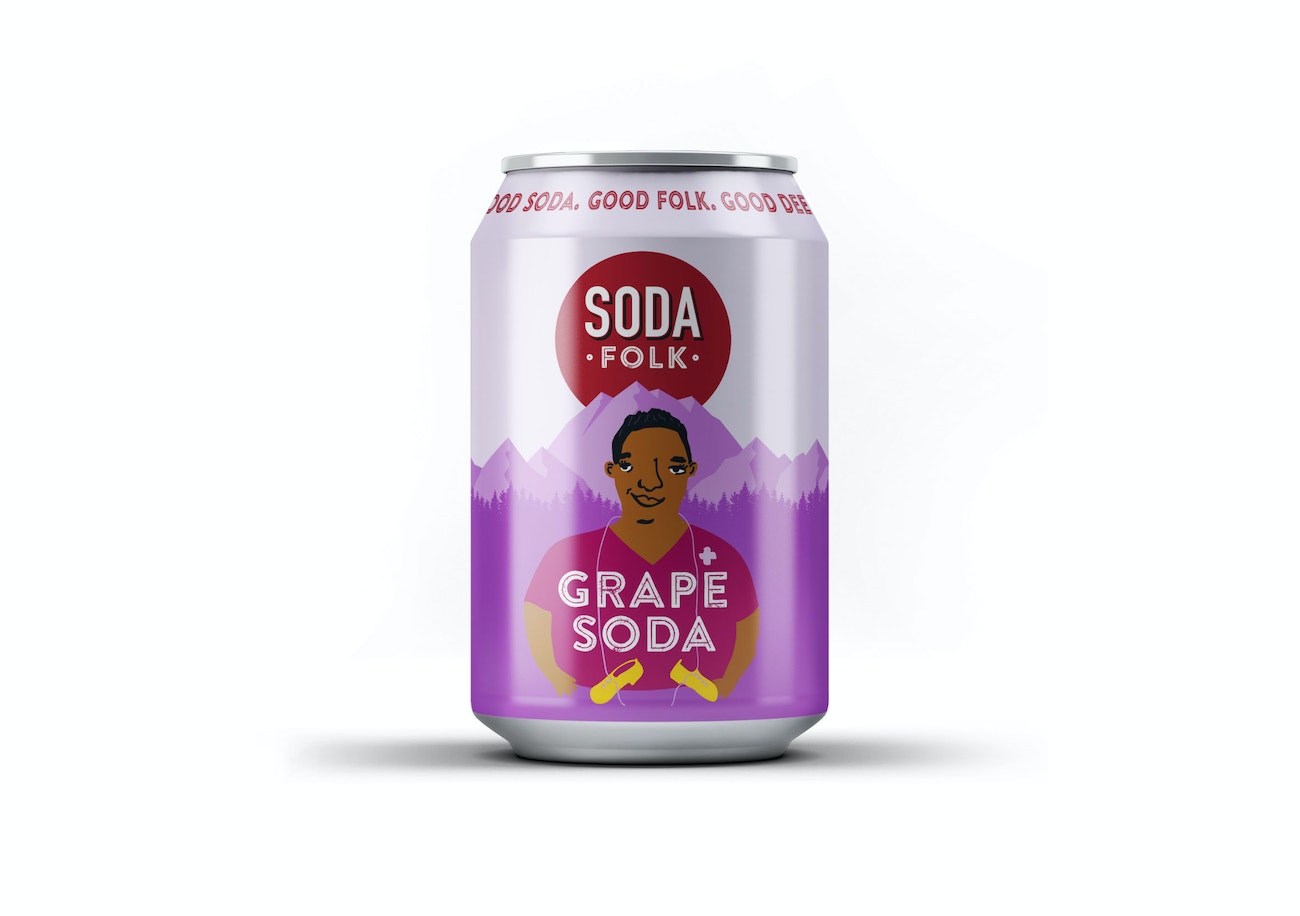 Us Brits don’t really do grape soda particularly well, which is probably why it’s taken a Coloradoan named Ken to give us the nation’s first genuinely great grape-flavoured pop with his company Soda Folk. The cans are kitsch and have a great aesthetic but it’s the tangy liquid within them that makes them one of the best soda options out there. Made using over 50% natural fruit juices with no added sugar and all-natural ingredients, this fizzy drink is sharp and sweet in equal measure. The rest of the Soda Folk range is also worth exploring. 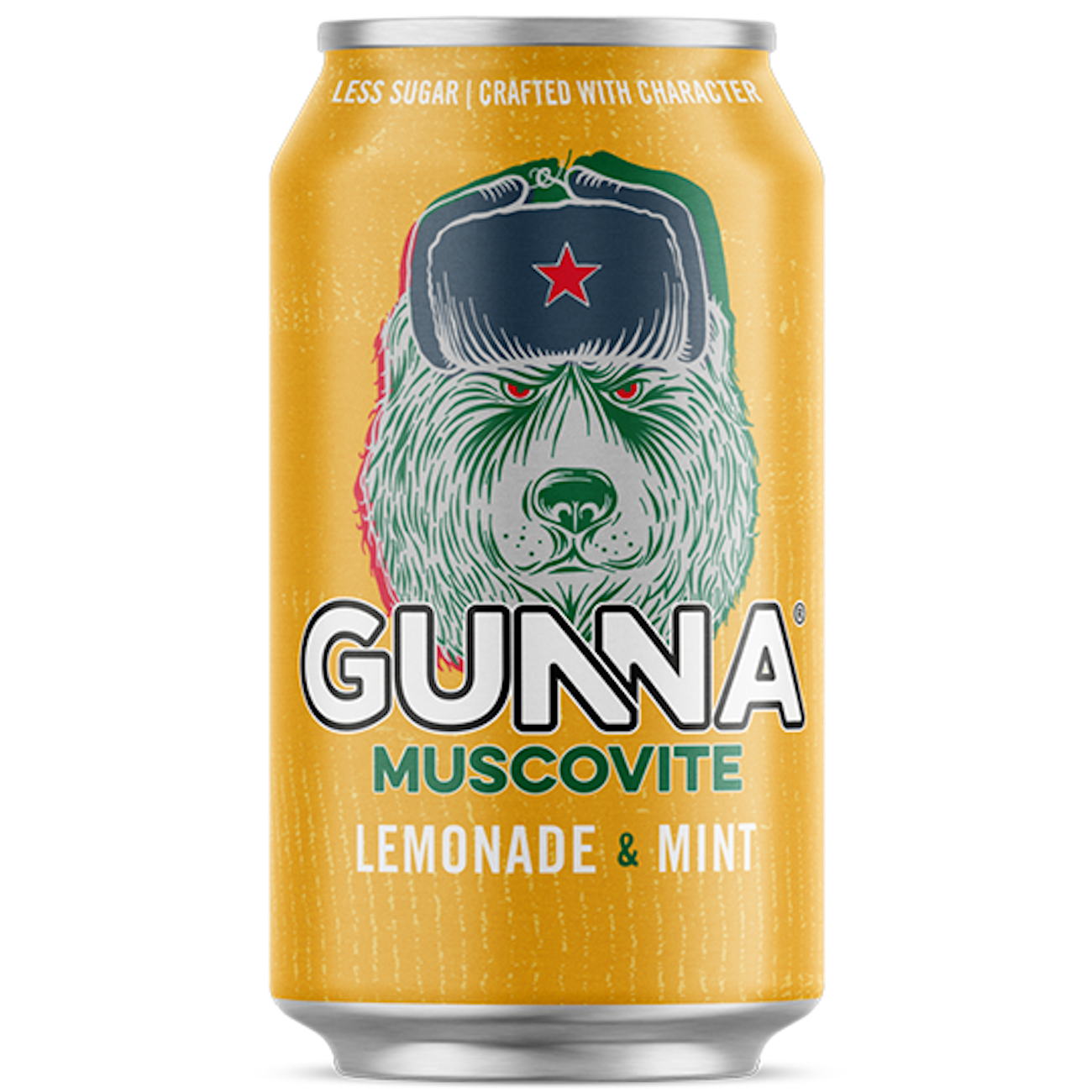 This lemon and mint flavoured soda from Gunna Drinks is inspired by a fresh lemonade recipe that’s super popular in Moscow during the summer months. Ripe rounded lemons make sweet music with the freshness of mint in every sip of this refreshing sparkling lemonade while a warming nuzzle of ginger towards the tail-end adds a nice touch and a depth of flavour to the ensemble. 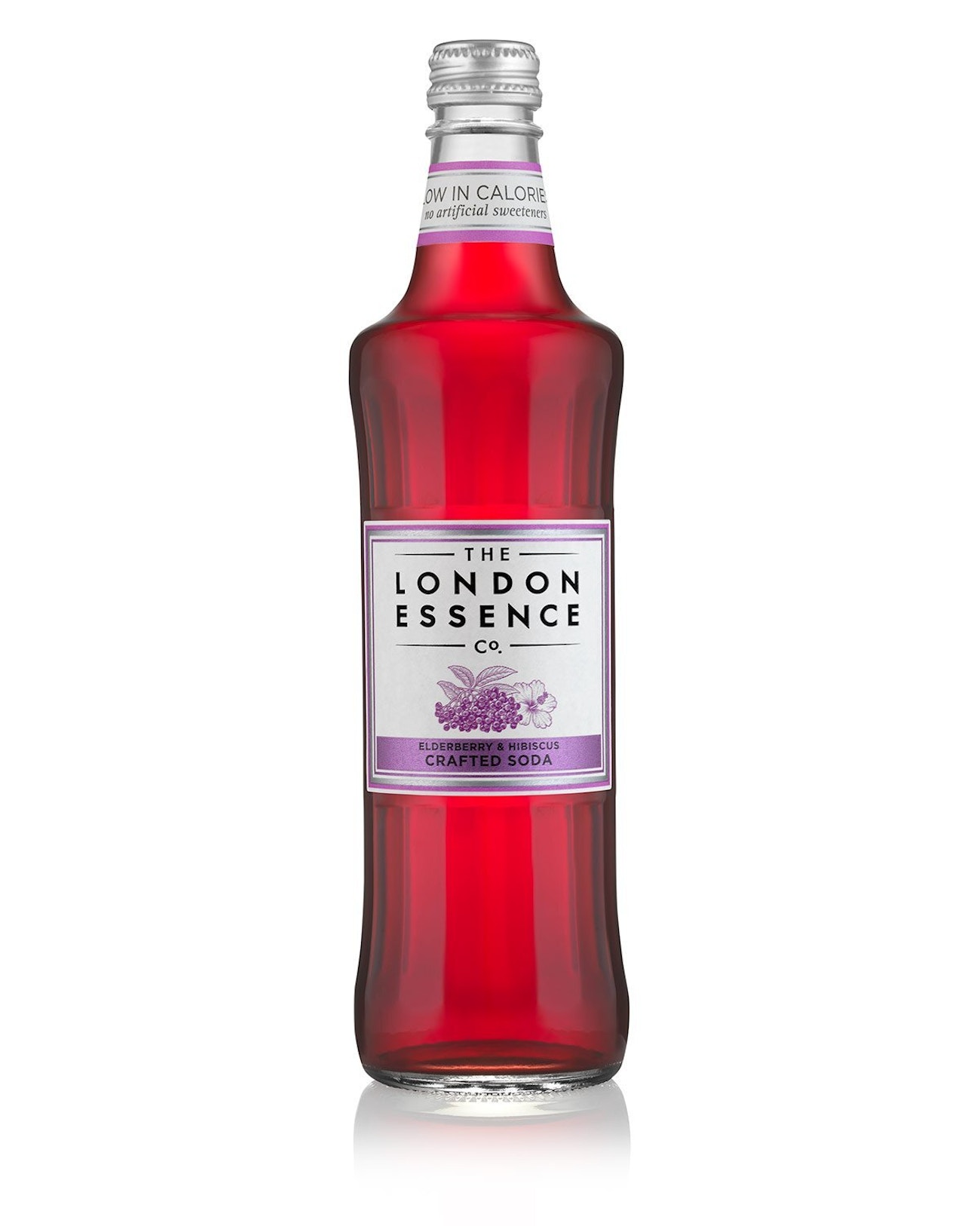 This a fizzy drink with some real class, MOB. The sort of soda that’s part of a Mayfair member’s club and uses words like “austere” and “delectable” on a regular basis. To be honest, “austere” and “delectable” are pretty great words to describe this satisfying drink from London Essence Co. Packed with the juice of handpicked elderberries (which are harvested between August and October for maximum flavour), this beverage marries the distinctive floral note of hibiscus with that deep berry smack for a memorable finish. Although it’s great by itself, this soda also makes the perfect mixer for a snazzy cocktail or two. 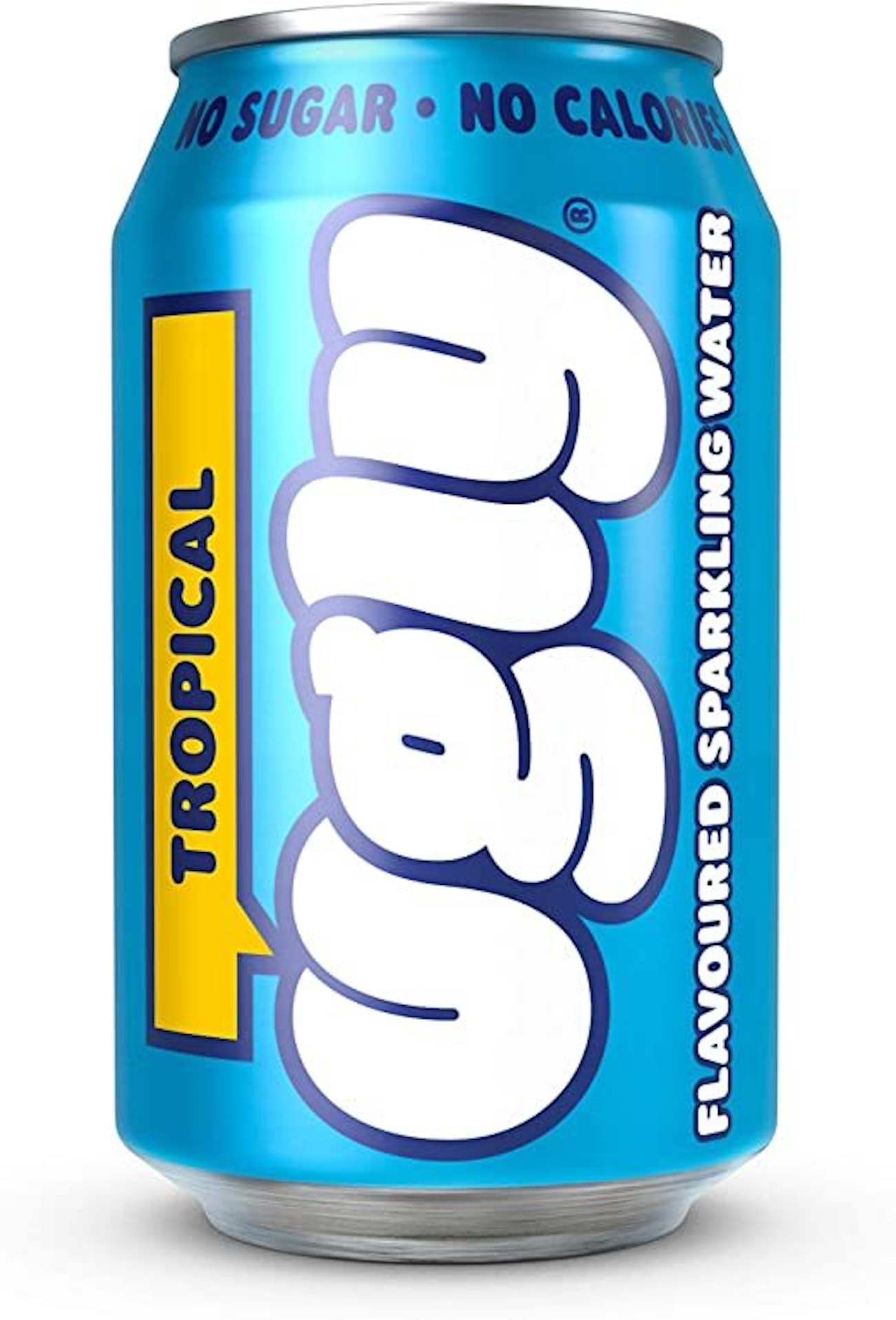 Ugly Drinks specialise in cute little cans of sparkling water that are zhuzhed up with real fruit flavours. Nothing more, nothing less. Pretty much all of the flavours in their expansive fruit bowl-esque portfolio are great but it’s the Tropical can that gets our vote as one of the best non-alcoholic sparkling drinks out there. Rifling with real pineapple and grapefruit juice, this is the perfect drink for necking back on a lovely, sunny day. Or, conversely, the perfect drink for necking back when it’s absolutely pissing it down and you want to pretend it’s a lovely, sunny day. 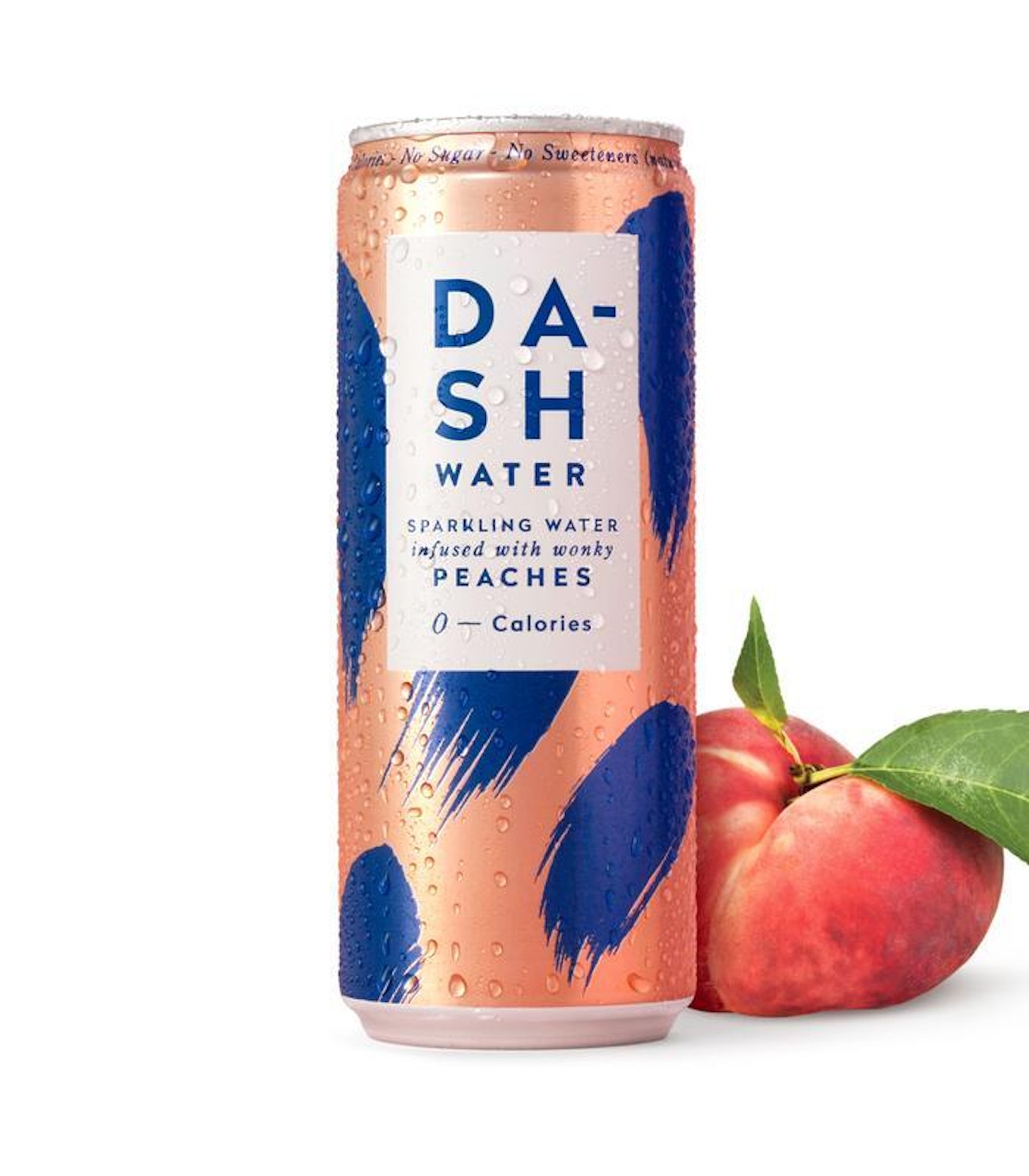 This British sparkling water brand is all about using wonky fruit in their drinks in order to help reduce food waste and give those unloved fruits a shiny new aluminium home. I’m sure you’ll agree that that’s a pretty neat idea and I’m sure you’ll also agree that the bevs that Dash Water make are pretty damn good, too. Our pick of the bunch is the peach flavour where sparkling spring water has been infused with whole, misshapen peaches for the drink equivalent of biting into a ripe and juicy peach. 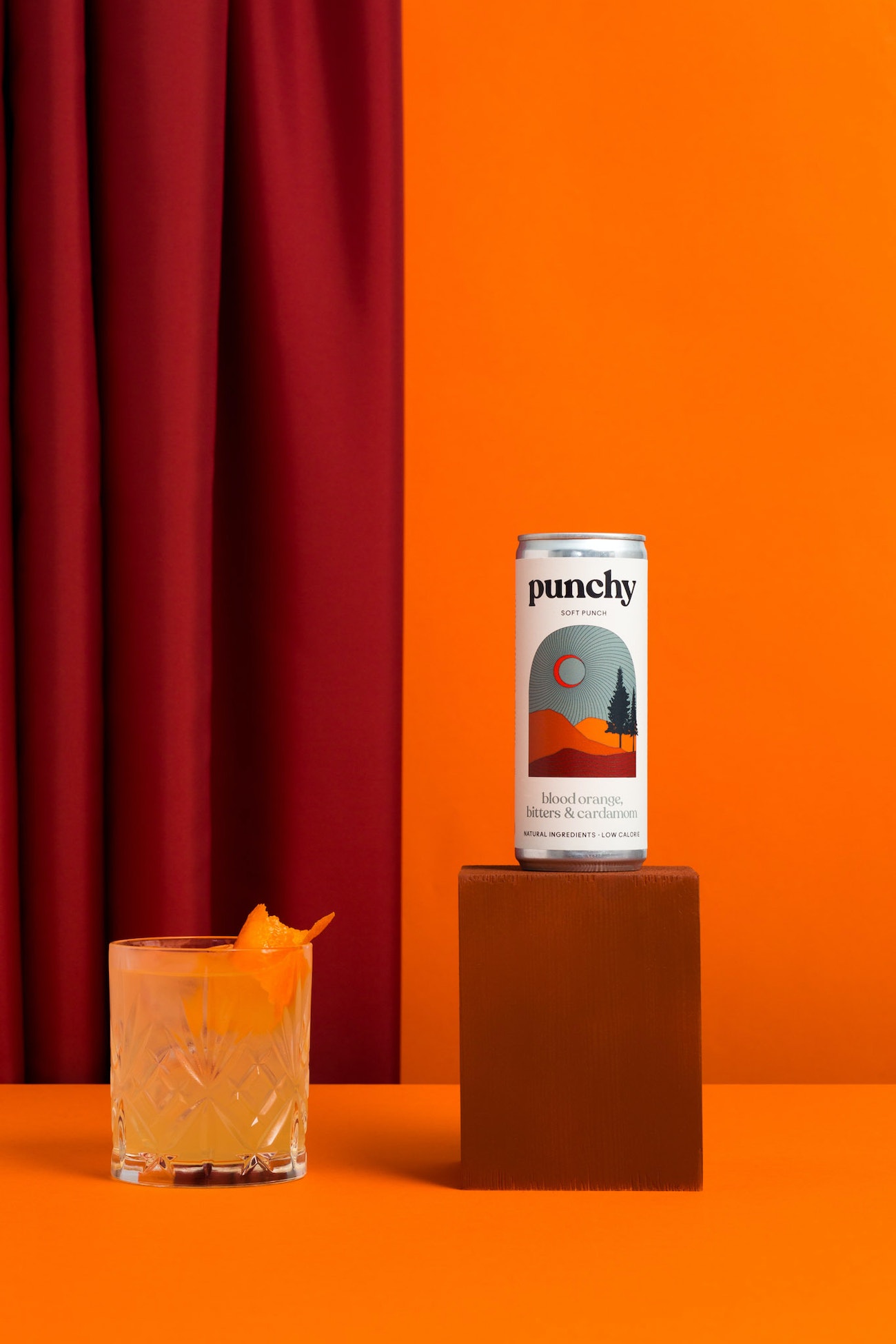 When’s the last time you had a punch you actually enjoyed? And, no, the one that you spiked at the sixth form formal doesn’t count. Punchy Drinks have made it their mission to re-brand punch as a sexy, hip drink with their range of delicious natural punches that come in fetching little Instagrammable tins. The ‘Golden Hour’ is an alcohol-free punch that maintains an adult after-hours vibe by combining zesty blood orange with aromatic bitters and cardamom. This is one to crack open while the sun is setting and you’ve got your favourite low-fi playlist on. 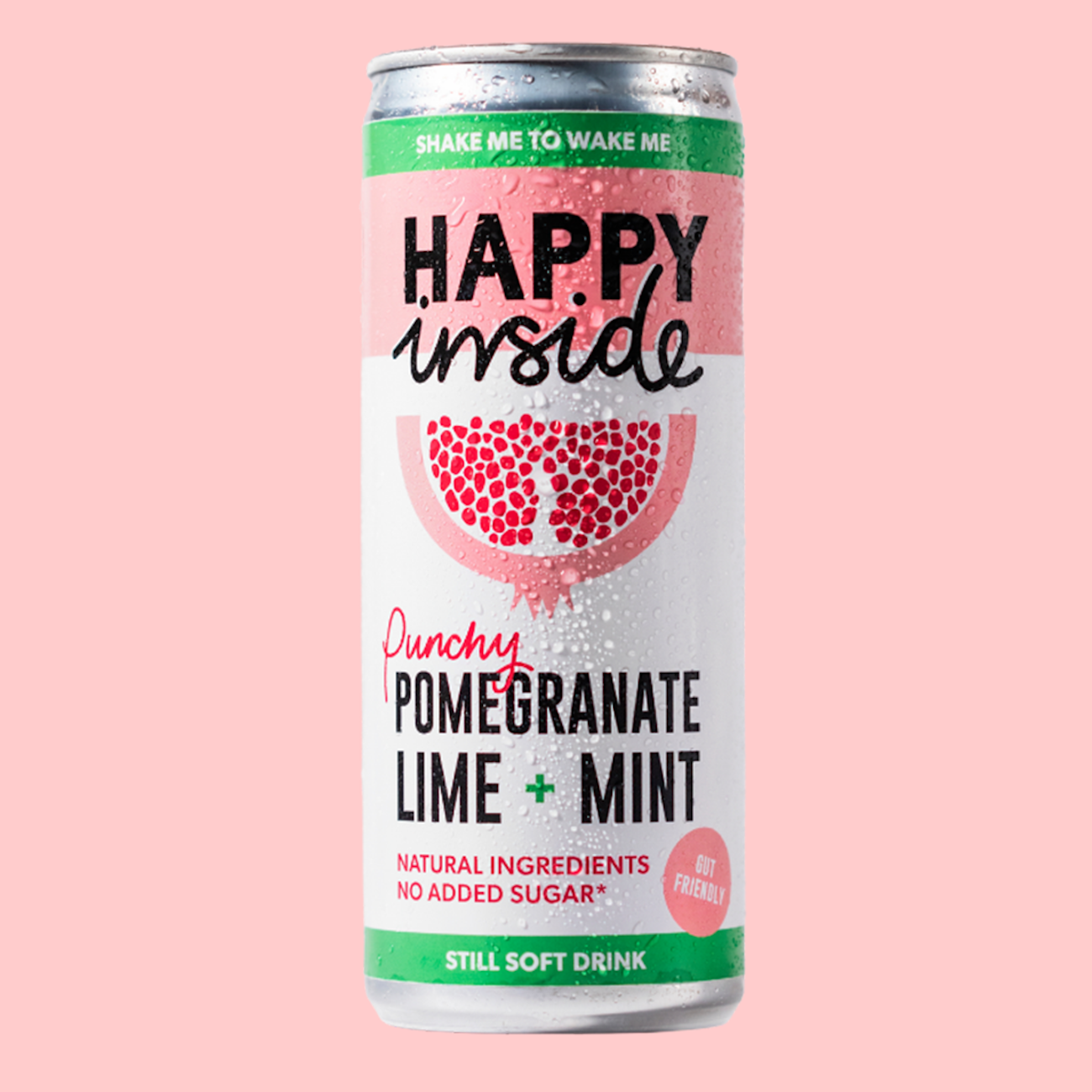 This pomegranate-forward still soft drink from Happy Inside is supposedly just as pleasant on your tum as it is on your tastebuds. The addition of Japanese knotweed extract is what Happy Inside claims will make all the difference to your body by contributing positively to your microbiome and delivering a rich source of antioxidants. I don’t really know about all the science behind it but I do know that they’re pretty tasty.

Variety is the spice of life and this lightly sparkling drink from Nix and Kix delivers just the right amount of spice for my liking. The sweet and aromatic flavour of a ripe mango is balanced nicely by earthy ginger and a rousing zing of cayenne among. It’s a moreish and interesting drink that you’ll keep returning to with excitable intrigue until it’s all gone. After which you’ll probably crack open another.