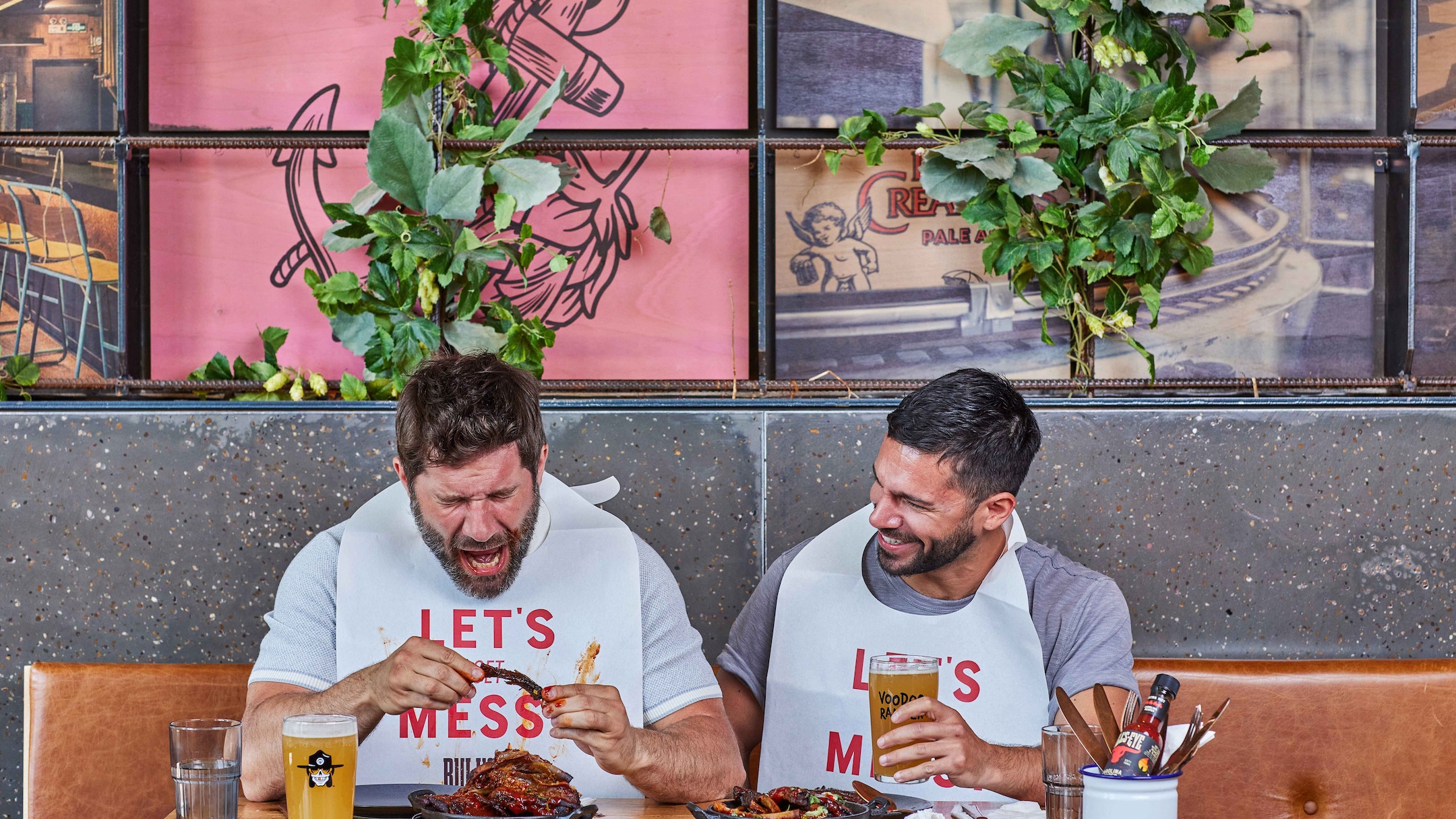 Are You Brave Enough To Eat The World’s Hottest Ribs?

Words by Lucas Oakeley / In Partnership With Bull's-Eye BBQ Sauce

BBQ sauce masters Bull's-Eye are bringing the heat to London this July with the world’s hottest ribs. 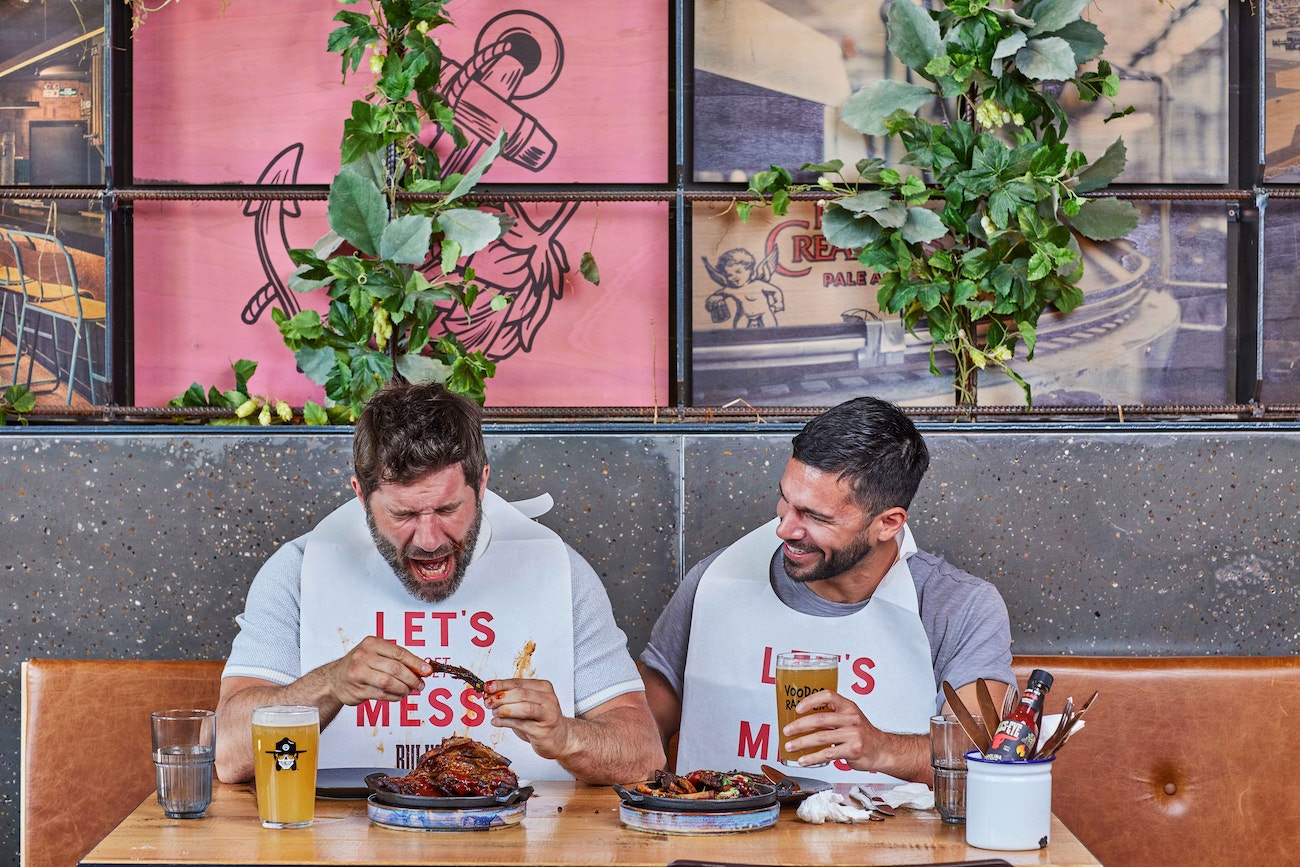 It’s that time of the year again, MOB: summer. The sweaty, "let’s just wear shorts all of the time now" season where Nelly’s 'Hot in Herre' becomes more relevant than ever and all we want to do all day is lie back on a settee and fan ourselves with an overgrown palm frond. Chugging ice-cold drinks might be one method of cooling yourself down but science has actually proven that eating hot and spicy foods can cool you down far more effectively.

That’s why the news that BBQ sauce masters Bull's-Eye are bringing the heat to London this Independence Day with the world’s hottest ribs is something that you should find very, very exciting. Made with the world’s hottest chilli (the Carolina Reaper), these ribs are so spicy that you’ll have to sign a waiver before you can eat them. No, seriously.

Known as the 'Rib Cage Reaper', these ribs are slathered in Bulls-Eye's Carolina Reaper With Black Garlic Extra Hot Sauce, coated in powdered and chopped Carolina Reaper chillies, and will be available at Little Creatures Brewery this July. The fact that the venue is situated on the Regent’s Canal is especially handy if you want to quickly quench your body like a blacksmith submerging metal in a barrel of water. For those brave (or reckless) enough to order those ribs, you’ll also bag yourself a refreshing Voodoo Ranger Hazy IPA and a protective rib bib as part of the deal. Because you should always wear protection, MOB. 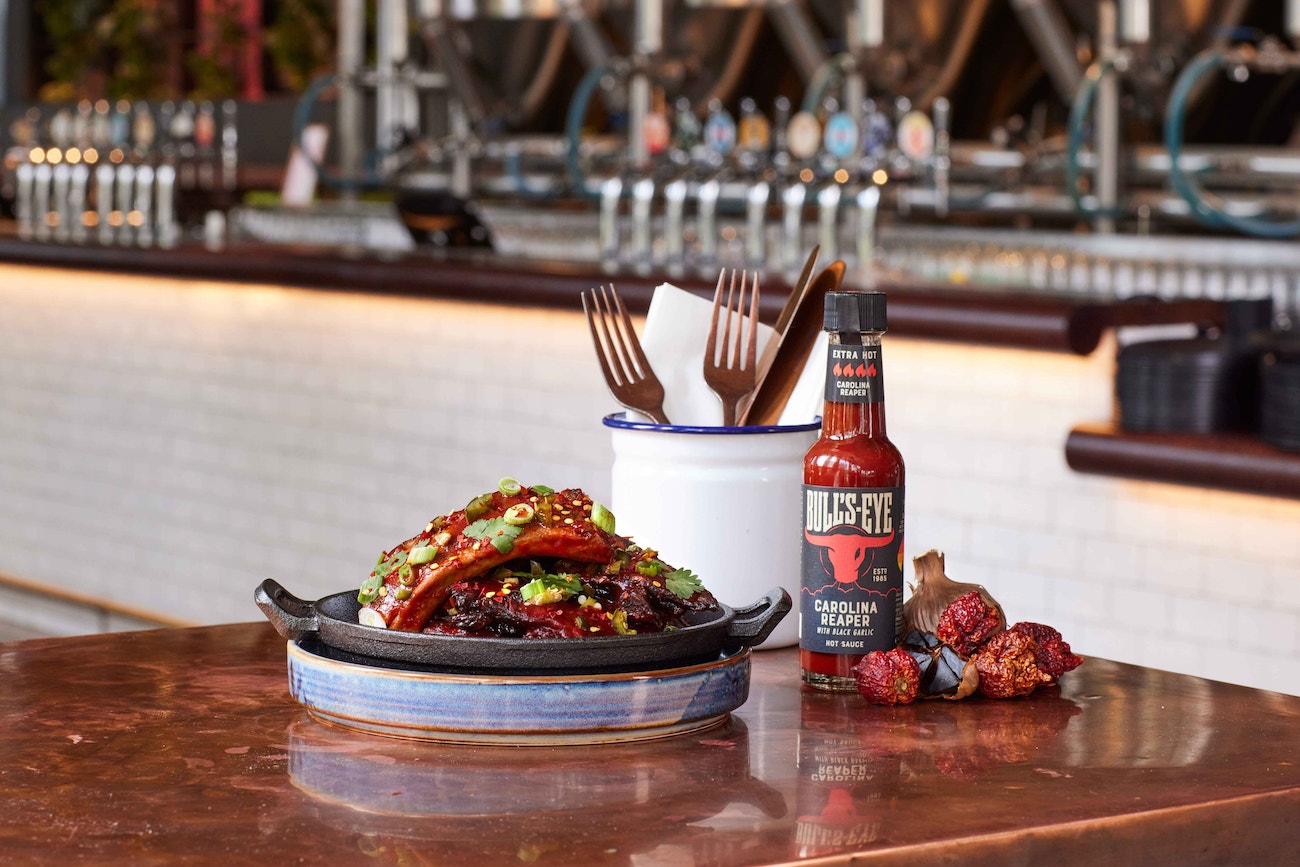 "We want to give you a meal out with your mates you’ll never forget with the world’s hottest ribs,” says Bull’s-Eye’s chef Lawrence Ager, “we cook strong, meaning we don’t shy away from heat. We already use the face-meltingly hot Carolina Reaper in one of our sauces so the Rib Cage Reaper’s just taking it to the next, insanely spicy, level."

The 'Rib Cage Reaper' is only available for that limited time period but if you’re not ready to feel that kind of burn, Bull’s-Eye have got you covered with some milder, less physically painful options. The American sauce masters have created a four-strong "Live Rangerously" menu of limited-edition, fall-off-the-bone ribs plus a pint of Voodoo Ranger Hazy IPA which will be available for the whole of July, all featuring Bull’s-Eye’s new range of hot sauces. Those are the sauces (like the Louisiana Chipotle or Kentucky Habanero) that taste really, really good but won’t have you actually crying after you eat them.

If you do, however, want to make yourself weep like you've just watched the first 15 minutes of UP, you can always try adding the Carolina Reaper hot sauce into your own recipes at home. Cooking with something so heinously spicy ain't easy, though, which is why we recently tasked BBQ maestro Elliot Cunningham to come up with a lip-burning culinary creation using the sauce for MOB Kitchen. Elliot's Spicy Apple Rib Sando recipe will be live on our site soon. So watch this space.

In the meantime, I’ll be extremely disappointed if you don’t at least try to go out and tackle the world’s hottest ribs. It’ll be worth it for the anecdote alone. Probably. Maybe speak to your doctor first, though, just in case.